VR and digital video storytelling as top marketing tools for 2018

By: Leigh Andrews
Creative director and virtual reality expert Brendan Stein of Soapbox Films video production company explains how to make B2B video pop and why you need to get to the 'why' fast in your VR and video marketing, or else. Explaining why video content wins, Stein quotes a host of stats from a variety of credible sources. For example, in an overview of 2017 video marketing, Wirebuzz claims that viewers retain as much as 95% of a message when they watch it in a video, compared to just 10% when reading it in text. Also, using video on a landing page can increase conversions by as much as 80%.

Those are really big numbers, but you need the magical 'Goldilocks balance' to not only attract viewers' attention but keep it, as Stein says,

Viewers are ruthless and have no qualms at all about clicking ‘next’ within seconds of your video starting if they feel it is not worth their time. The first drop off peak in video stats happens within the first five seconds.

So there's lots to consider before getting started, but the nimble team at Soapbox Films have unlocked that balance, with their virtual reality activation having walked away with the accolade for most innovative stand for client City of Cape Town's 'place marketing' division at the World Travel Market 2017 - fitting as the 2018 version of WTM Africa is underway at the CTICC this week.

Here, Stein explains the need to upskill and keep up with the times, the power of video content and VR as brand storytelling tools in 2018, and how to get to the ‘why’ fast, to keep your video viewers’ attention…

Talk us through the Soapbox evolution, from Hero Film agency to your current incarnation as digital content specialists?
Around 2010, we created a small video production company within the advertising agency, Hero. It had one editor and me, the agency’s creative director and also a passionate photographer as the cameraman/director.

This was as a result of the increasing demand for video production from clients, and also in response to increasing cost sensitivity from clients. Many clients balked at the costs for the production companies the agency was using at the time, and sometimes such a high level of production was just not required.

We began by filming interviews and customer stories for our clients. With our communications insights and creative background, together with a new generation of small, light, more affordable DSLR-based video cameras, our aesthetic led to us getting an increasing amount of work.

We were filming stories in a contemporary, beautiful way and it wasn’t costing clients as much as before. But the main selling point, as it is still today, was that the company was unique in that it really understood marketing and communications and strategy.

We weren’t just a technical executor, we knew how to do things to get the right message across.

After a while, I left the agency position and made the move to head up the video division full time.

Out with the old, in with the new. #newchapter #marketing

And so Hero Film has recently changed its name to Soapbox Films, separating it further from its agency roots. The agency still owns a small share of the production company, but it is self-sufficient and operates entirely independently.

Excellent. Elaborate on the need to upskill and keep up with the times as you’ve done along the way, to flourish as a business.
Being able to adapt and change is our number one reason for success, we believe.

We came about precisely because things were changing in the industry and we took the leap and did something despite not entirely knowing what we were doing.

We embraced change again when we produced the first commercial virtual reality or 360-degree videos in South Africa, back in 2014. The technology was so new that no amount of Google searching could teach us what we needed to know, so it was trial and error and testing that got us through, with a tight, fixed deadline for the final production.

The results were fantastic and to this day we are still one of the most experienced producers of 360-degree videos in the country. We own the latest 360 camera technology and specialist editing and stitching software.

We also needed to create our own 360 activation service to ensure the quality of the production extended to the execution at roadshows and events. To ensure even more professional executions, we created what was likely the first application of its kind in the world that allows us to control multiple VR headsets as well as cast what any individual viewer is seeing onto an external screen. This hugely enhances the activation experience.

We feel that you cannot succeed today if you are not willing to adapt to change. Even now, there’s another video revolution happening that is creating huge amounts of video content more cost effectively than ever before, and if you don’t stand out or offer something that others don’t, you won’t succeed.

We believe that the power lies in the fact that videos connect emotionally and so they reach the parts of the brain that other channels cannot. Virtual reality is even more so – it is such an intensive and focused experience that we believe people are not just seeing something, they’re feeling it.

VR already has the power to convince your body that it is somewhere else, no matter what your brain is saying.

For instance, our VR films with running legend Bruce Fordyce actually made people’s heart rates go up and some people started sweating while feeling like they were really running with him.

Our abseiling Table Mountain films make adults squeal out loud in a room full of strangers.

It’s the next best thing to real and it puts the viewer in control of the experience – they get to choose what to look at. Video and VR are some of the best ways to tell brand stories as they can show and tell and even feel – and most importantly in this age, they do it quickly.

A super win-win! How can brands make even the more 'boring' B2B videos pop, and get around the fact that the first drop-off peak in video stats happens within the first 5 seconds?
Get to the “Why”, fast. It’s still the age-old marketing rules that apply – show your reader or viewer the relevance to them right up front, then tell the backstory. Consider the first five seconds as your advert headline. You need to intrigue them so much that they just have to carry on.

One of our most successful YouTube pre-roll ad campaigns was for a financial services company – we started the clips featuring highly professional and serious fund managers by showing the clapper or slate and the slate operator calling the take.

In this day and age of increasing video content competition you need to be different, authentic or intriguing from the beginning. Tell a good, short story – stories always win.

One of our biggest challenges is getting clients to allow us to delete what they feel are really important parts so that we can shorten web videos down to less than one-and-a-half minutes.

Seeing the VR future is actually today’s reality, what’s next in the digital innovation space?
We are on the cusp of another video and digital revolution. VR or virtual reality and AR or augmented reality will combine to create better quality experiences, where it will be hard to tell what is real and what is not, as created objects will be visible in real spaces.

"Let me tell you a story..." Why marketing fails without digital storytelling

VR is not really mainstream yet but will become more so in 2018 with the launch of new, cheaper, better technology. But more importantly, we feel that the traditional video space will be made a lot more interactive and engaging.

At the moment, videos are one-directional. Already we can do interactive videos, where viewers can choose the path the video takes, but we think this will get even more sophisticated and intuitive and allow viewers to take control of the story.

That is when you have your viewer really engaged.

Seems giving consumers more power really is the way to strengthen your brand, whatever the medium. Find out more about Soapbox Films through the following social media channels: LinkedIn | Instagram | YouTube | Facebook

Leigh Andrews AKA the #MilkshakeQueen, is former Editor-in-Chief: Marketing & Media at Bizcommunity.com, with a passion for issues of diversity, inclusion and equality, and of course, gourmet food and drinks! She can be reached on Twitter at @Leigh_Andrews.
Read more: Brendan Stein, virtual reality video 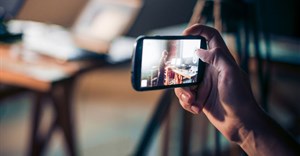