Naked issue blows whistle on violence against women and children

17 Feb 2015 | Email | Print |  PDF
The latest issue of Marie Claire is its 'Naked' issue, in aid of Blow the Whistle (BTW) and supported by 1st For Women Insurance. Featuring 35 local celebrities in the nude, it aims to raise awareness of Blow the Whistle's support of women who are victims of rape and abuse.

"We are all vulnerable and naked in the face of the high rate of violent and sexual crime in South Africa against women and children. This campaign aims to give a voice to the many thousands who suffer daily. Our aim is simple, to raise awareness and allow those who are victims to feel safe and come forward and speak up," says Aspasia Karras, editor of Marie Claire. 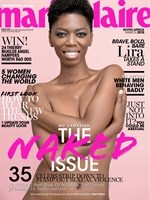 Blow the Whistle is a national anti-rape campaign focused on the empowerment of women and children in the face of the incidence of rape and abuse, by giving them the platforms necessary to feel safe. They have developed an app that allows users to select four Guardians to watch over them wherever they are. The app, which can be downloaded on Whistle.co.za, has a private panic button that sends a notification to the Guardians when pressed.

The app is also equipped with a journey-monitoring function, allowing users to load their journey details, as well as the amount of time it should take them to get there. If the timer runs out without the journey being cancelled or extended, a notification will be sent to the user's Guardians, along with the coordinates and address of their current location. BTW has also produced small and unobtrusive whistles to blow, to attract attention when one is in need of help.

All proceeds of the Naked campaign will go towards BTW's partner, The DNA Project, which works on the development of crime scene DNA forensics. The DNA Project is aimed at expanding the existing national forensic DNA database of South Africa that holds the DNA profiles of convicted criminals. DNA profiling is a key component in the conviction of rapists. Any persons arrested for rape or sexual assault will have his DNA profile loaded onto the database, which will be searchable in new DNA investigations to establish any matches in identifying a suspect.

How to get involved

• Share your voice - speak up and tell others to do the same. The magazine has created a picture gallery on its website (Marieclaire.co.za), where readers can post their message of support or opinion on sexual violence. This gallery will be shared on its Facebook page. To drive engagement and more discussion; 1st For Women Insurance will donate R10,000 towards The DNA Project when the Facebook gallery reaches 1,000 shares. While print may be dying, traditional journalism is certainly adapting12 Jul 2019 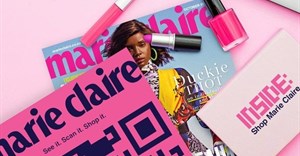 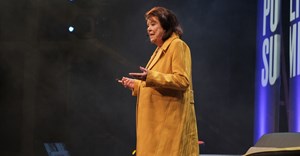 Jane Raphaely encourages women to ask 'Why not?'9 Aug 2018 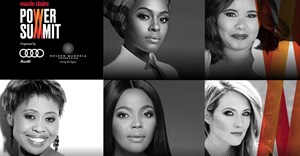 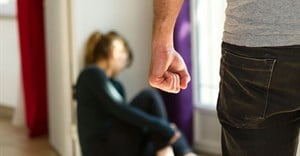