The JSE-listed group's core operating companies are Truworths Ltd (including retailers Truworths, Identity, YDE, Uzzi and Naartjie) and Office Holdings Ltd, operating primarily in the UK, which includes retail brands Office London, Context and ID Kids. The acquisition of Loads of Living expanded the group into the homeware market in 2017.

Proudfoot plays a key role in the merchandise function in the Office business in the UK as well as the Truworths corporate social investment programme.

Cristaudo (63) is the chief operating officer and chief financial officer of the group. He originally joined the group in 1997 and served as director of customer relationship management, marketing and information systems on the Truworths board from 2000 to 2013. After following an executive career outside the group, he re-joined in 2021 as CFO and an executive director and was appointed as COO in March 2022 with responsibility for the store operations, credit risk and information technology portfolios.

Group chief executive officer Michael Mark said the appointments “confirm the board’s firm belief in the competence and leadership of Sarah and Mannie”.

“The board feels confident that Sarah and Mannie, together with the eight Truworths directors and 11 divisional directors, and the five directors and divisional directors of Office, are the right team to take the group into the new era by retaining the strength of the group’s unique DNA while at the same time being able to continue to move the businesses forward and deal with the many challenges and opportunities that present themselves in the ever-evolving environments in which we operate,” Mark said.

In September 2020 shareholders were advised that Michael Mark planned to retire at the November 2022 AGM. A group-wide senior executive succession plan was implemented to ensure a smooth transition in a number of senior management positions, including the CEO. Shareholders were also advised that after the successful implementation of the succession plan, it was envisaged that Mark would move into a consulting role to advise the board and support the transition.

Following the appointments of the joint deputy CEOs, the board has asked Mark to remain in his position as the group’s CEO post the 2022 AGM in November while handing over an increasing number of operational responsibilities to Proudfoot and Cristaudo and the executive team.

“The timing of the appointment of my successor has yet to be decided by the board,” he added. Next buys Joules out of administration for £34m2 Dec 2022 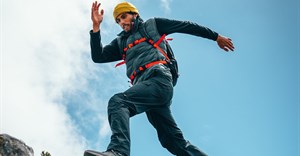 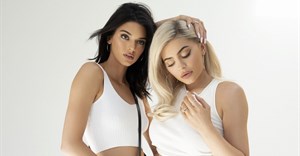