Described as a place of creativity, exponential technology and innovation, through which Africa’s true potential can be unlocked by connecting the continent to the heart of the digital economy, Ubuntuland will showcase some of the best of African art, fashion, entertainment, sport, tech and creativity and will provide a platform for artists from across the continent to showcase their work.

The first virtual land in Ubuntuland will be available be open to public land sales from the second, maybe as early as April or the third quarter of 2022.

MTN has already secured a 12x12 village (144 plots of real estate) in Ubuntuland and says that it intends to increase its customer attractiveness through a series of experiences merged with consumer passion points, like gaming and music in Ubuntuland.

Another company that has purchased land in this virtual world is the South African advertising agency, M&C Saatchi Abel.

Speaking from Ubuntuland, Mike Abel, M&C Saatchi Group South Africa, founding partner and CEO, says that the pandemic has seen how easy it is to live in a mixed reality world.

“We believe in the combination of the real and virtual world and the metaverse is opening up new ways for people to interact.”

He adds that Ubuntuland establishes local representation in a growing global digital universe. “It will open our continent up to significant digital and economic growth opportunities for both talent, clients and industry colleagues to come together to solve business and even societal challenges with creativity.”

Inspired by the often-used circular enclosures to houses communities of traditional Africas architecture, Ubuntuland comprises 204,642 plots of land made up of different village sizes in various community hubs. The land is positioned and priced according to a tiered value system.

Landholders will be able to customise their 3D land spaces, such as hosting shops, producing resources, renting virtual services and developing games or other applications.

There will be designated spaces for the community to work, play and wellness. State of the art meeting rooms, online therapy rooms (with optional anonymity), concert stages, film festival spaces, meditation lounges and other dynamic interactive environments will take place here.

Be whoever you want to be and buy

The avatars in Ubuntuland will be available for purchase shortly. The earliest settlers of Ubuntuland are the Normunda tribe, who are artists.

Developed by South African artist, Norman Catherine, this tribe is based on the artist’s signature lexicon, which has fetched record prices in galleries around the world.


At the launch, Boity’s first virtual reality music video was revealed. The star then appeared live in her Queen Boity avatar outfit. The Boity tribe comprises 10,000 avatars and a Boity village currently being developed. Fans will be able to purchase Boity avatars soon and there are plans for virtual concerts.

In the Africarare marketplace, creators and developers can trade in in-world assets such as land, avatars, avatar additions and other goods and services that are and will be available in Ubuntuland.

The marketplace focuses on four main areas: Art, Ubuntuland, Avatars & Skins and Digital Services. Users will also be able to trade on secondary platforms such as Opensea and others.

The Ubuntuland currency will be the $UBUNTU token, which is built on the Ethereum blockchain and available later this year.

Everything in Africarare can be bought, sold or traded using $UBUNTU tokens, including buying, developing, selling or renting plots or villages in Ubuntuland, and the in-world purchases of digital goods and services. The valuation of the token will be calculated according to what users invest/build / play/trade inside the metaverse.

The virtual world will be significant in showcasing Africa’s creative to the world.

Both galleries will stage various exhibitions on an ongoing basis with art pieces sold as Non-Fungible Tokens (NFT).

#BizTrends2022: Game players - the gig workers of the future?

Speaking at the event, Mic Mann, co-founder and CEO of Africarare, says that Covid-19 has propelled us into the online world. “Our mission in Africa is the application of technology to educate, inspire and empower.”

Mann says they have been experimenting with VR for six years and now they are ready for the metaverse. “Now is the time to create an African metaverse. We cannot get left behind.”

He adds that not only is Africa growing exponentially, with has one of the highest crypto adoptions in the world.

Shayne Mann, co-founder of Africarare says Ubuntuland is the latest moment in internet history. “The market is prime for operating in the metaverse.”

Danette Breitenbach is a marketing & media editor at Bizcommunity.com. Previously she freelanced in the marketing and media sector, including for Bizcommunity. She was editor and publisher of AdVantage, the publication that served the marketing, media and advertising industry in southern Africa. She has worked extensively in print media, mainly B2B. She has a Masters in Financial Journalism from Wits.
Read more: MTN, Mike Abel, Danette Breitenbach, Norman Catherine, Shayne Mann, Mic Mann, Mann Made, crypto, Africarare 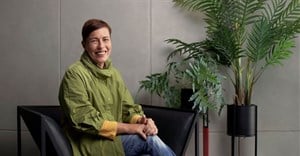 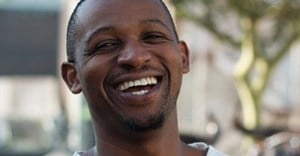 #YouthMonth: Changing your perspective - from electrician to copywriter9 Jun 2022 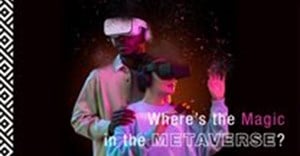 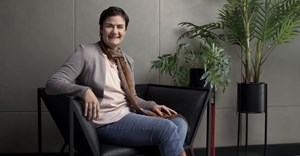 Taking advertising to the moon and back7 Jun 2022
More related