Also introduced is the new CC app for iPhone and iPad that allows users to access and manage their files, assets and more from their mobile device.

The biggest software release since CS6, it also includes some new mobile apps and updates to CC services. The company announced that there are now over 2.3 million Creative Cloud subscriptions, far exceeding original projections when it was unveiled two years ago. 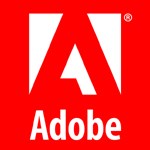 "We are very excited about the new release of Creative Cloud; all the major products have received significant updates. This update and the enhanced feature set it delivers comes at the right time for South African creatives who typically embrace the latest technology and tools. The local industry is vibrant with initiatives such as Cape Town's Design Capital of the Year driving the need for innovative tools. An update such as this will be very well accepted by the creative community," says Jeremy Matthews, MD of Dax Data, authorised Adobe distributor."

Delivering on mobile innovation, the company launched three new mobile apps for iPad - Adobe Sketch, Adobe Line, and Adobe Photoshop Mix; and began shipping new creative hardware in the US, called Adobe Ink, a new digital pen, and Adobe Slide, a new digital ruler. The mobile apps were developed using a new Adobe Creative SDK that unlocks over 30 years of the company's innovation and makes it available on mobile devices for the first time.

These new apps are professional-grade quality, but easy enough for anyone to use, similar to the recently launched Lightroom mobile for photographers and its new animated video app for storytelling, Adobe Voice, which were also updated with this release. These apps add significant mobile capabilities to CC, integrate workflows with the CC desktop apps and bring tablets into serious creative workflows for the first time.

Highlights of top features in the 14 new desktop apps include:

• New capabilities in Photoshop CC such as, Blur Gallery motion effects; Focus Mask; new Content-Aware capabilities; and the recently introduced Perspective Warp. Designers using Photoshop CC will enjoy enhanced Mercury Graphics Engine performance as well as the ability to link Smart Objects and share them across multiple documents. With improved Layer Comps, users save time by changing the visibility, position, or appearance of one layer and simply syncing to see the change reflected in all other Layers. Photoshop CC also has ability to pinch and zoom images, create smoother strokes, and deliver a more responsive experience on Windows 8 Touch devices, such as Microsoft Surface Pro 3.

• New features in the video apps include, Live Text Templates and Masking and Tracking, new integrations that leverage the power of Adobe After Effects CC inside Adobe Premiere Pro CC. Race through projects thanks to enhanced graphics performance in Premiere Pro; precise new keying effects in After Effects; a more flexible Direct Link colour pipeline in Adobe SpeedGrade CC; and enhanced multi-track tools for audio work in Adobe Audition CC. Integration between apps has also been further improved to save time when working between Premiere Pro and After Effects or SpeedGrade.

• Web tools now include the ability to look at the markup in a document using the new Element Quick View in Dreamweaver CC, which allows Web developers to easily see, navigate, and modify the HTML structure of pages. CSS Designer improvements help apply CSS properties like gradients, box shadows and borders and then easily undo. SVG export in Flash Pro CC lets developers export any frame in Flash projects as an SVG file, while native HTML video support in Edge Animate CC allows the direct import of HTML5-friendly video clips.

The new CC desktop apps, mobile apps and hardware are tightly integrated through its services. This integration helps liberate the creative process by enabling users to access and manage everything that makes up their creative profile - their files, photos, fonts, colours, community and more - from wherever they work.

The updates to CC desktop tools are immediately available for download by CC members as part of their membership at no additional cost. The new mobile apps are free to everyone. To join CC, special promotional pricing is available to existing customers who own Adobe Creative Suite 3 or later.

For more information, go to www.daxdata.co.za. 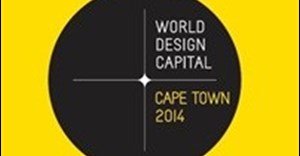 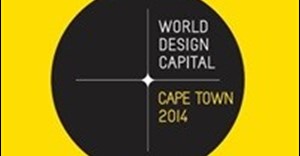