6 Dec 2022 | Email | Print |   PDF
By: Tonya Khoury
Advertising Value Equivalent, commonly known as AVE, has been the main measure of success for public relations firms since the 1940s. Yes, since the 1940s. I also smiled and shook my head in disbelief, because, obviously, the world was in a very different place to what it is now.

In the 1940s, the world was emerging from the darkness of the second world war into a place of hope, and America was leading the way. Noticing a new-found enthusiasm for consumerism, organisations used methods that had been tried and tested to raise morale during the darkest years: a combination of advertising and propaganda.

Eight decades later, thankfully, things have changed and, amongst other things, we have regulated advertising, so you don’t have doctors telling you which cigarette brand they recommend. We also no longer have manuals instructing women how to keep their husbands happy, and public relations has become even more important than advertising, especially where content is concerned.

So why the continuous need to compare apples to pears when advertising and PR are worlds apart: “Advertising is the wind and PR is the sun”. I think this sentence encapsulates how the media landscape lies in the 2020s.

Let’s take a look at the primary necessity of PR – brand reputation. Amongst this is the all-important “crises management.”

Having a deep understanding of human behaviour and how people react to given situations helps prevent and mitigate the impact of crises.

But how many PR companies can turn the fallout of a crisis into a positive? And if they did, what would it be worth?

In terms of the brand, it would be priceless, in terms of AVE, it’s worth nothing at all - zero! Unless somebody, somewhere, puts an imaginary monetary value to it.

Imagine a car manufacturer has to recall an entire model due to a potentially dangerous glitch. The story makes headline news and before you can say Jack Robinson, every newsstand has sold out of the Sunday newspaper (it is the 1940s remember), sales plummet and … . How do we measure the reputational damage to the brand?

Hypothetically speaking, according to advertising rates, a front cover, full-page advert in a popular newspaper would have a cost of R100,000. If we apply the AVE methodology, we are going to deduce that the negative impact on our car manufacturer is R100,000? It isn’t, of course, it isn’t, what a load of rubbish! This is only the beginning, and it’s time to pick up the pieces.

Managing to salvage a brand’s reputation that is sinking faster than the Titanic is indeed the core of many PR’s efforts, and AVE simply devalues that enormous task and reduces it to a number. Not the lifeboat you had in mind.

Although we still remember the Watergate scandal, the digital age is no longer restricted to board-level corporate scandals that get leaked via legal documents.

The consumer has found their way to be heard, in fact, they are often so loud that an entire brand can be obliterated in a matter of seconds. As far as publicity is concerned, sometimes the less said the better. Nobody wants to be front and centre for the wrong reasons.

But how do you measure carefully crafted ‘radio silence’ after all is said and done? You can’t, and if you could, how would you do it in the digital world - rate cards are hard to come by, and for the most part, they don’t even exist. But you will only know that if you measure 200 million sites. That’s what we do and that’s how we know.

Balenciaga's controversial new campaign and the long history of 'shockvertising'

They said it, the experts, they said it loud and clear and yet, today, we are still trying to fit a square peg into a round hole. Still shouting death to AVE, long live AVE!

AMEC has launched a major global education initiative to help eradicate the declining demand for the much-derided AVE. They are failing with our 1940s crowd, of course, because these folk still want a number for the bean counter. But why a value? This is the bit I don’t understand. We are not accountants so why does everything abstract have to be made conscious in rands and cents?

Here’s a thought. Isn’t it so much better to question a PR’s performance: What did I promise to deliver and how close did I get to the mark? Did I hit the right target market? Did my message come across with a positive angle? Did people actually engage with my content? These are all measurable, easily attainable and far more accurate than AVE ever could wish to be.

We stand with those clever people over the pond who go on to say that “AVEs will only disappear completely when all parts of the industry work together and speak with a consistent voice … to make sure that this latent demand dwindles and dies.” That would be a fine day indeed!

Death to AVE, we all nod in agreement, and then you scream back “Long Live AVE”. And even if Vera Lynn still brings a tear to your eyes, it's time to say goodbye to the 40s. 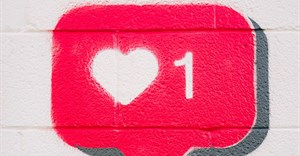 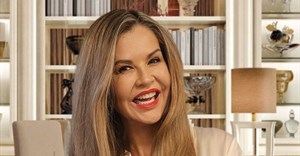 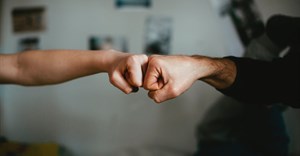 When to hire a Public Relations Agency2 Nov 2022 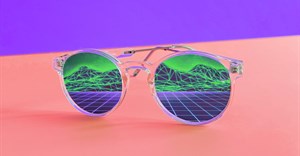 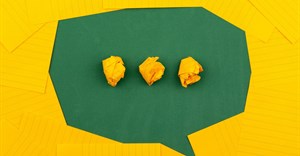 Social media is not a viable PR strategy8 Sep 2022