#VMLYRTheEdge: Things to consider when looking to expand to African markets

By: Jessica Tennant
VMLY&R SA's Live from The Edge presented both local and global thought leaders talking to the theme 'From Cultural Clichés to Brand Authenticity', addressing cultural relevance in an African context. Dianna Games, chief executive of Africa @ Work, an advisory company focusing on African business. Games is a well-respected commentator on business issues, trends and developments in Africa and has travelled extensively around the continent over the past two decades.
Games shared some important things to consider when looking to do business in the African market.

“I think it’s fair to say that doing business in Africa is complex,” she said. It’s not a ‘one size fits all’. “Having a successful model at home doesn’t mean that model will succeed in another country and there are lots of local factors that affect the success of different models.”

Games has seen this with South African retailers going into other African markets where they’re taking stock that might be popular at home and putting it in countries, where people are not sure where that stock sits on the value chain. “There’s a tendency to think that you’re competing with other brands that you know or trends of stores that you know but in fact, in a lot of markets, your real competitors are actually the informal markets where prices are much lower. People often smuggle goods through and even if they don’t, they have much lower overheads, whereas you tend to find the South African retailers in the western-style shopping malls, where they’re paying a premium, also the overheads in countries where you have to have generators, you have to supply your own power, you have to import a lot of your goods and so on.”

As an example, she referred to Woolworths, Truworths and a few other South African retailers in Nigeria. “People firstly thought that the locals would know the brand, given its success in SA, but that brand success doesn’t travel. You might get greater recognition of big brands from Europe though you have to market your goods and you have to figure out how best to do that in a market, because without brand awareness if you don’t have a product that really stands out and that is unusual or different in some way, it’s going to be very difficult to put your head above the parapet in terms of your brand.”

She said Africans, but by no means generalising, are shopping on price and brand recognition. They will pay top dollar for brands they recognise. Adidas is a big one. But they will buy other goods at their local markets at a much lower price.

Another thing to consider is the cultural and language differences across regions. “You’ll get different regions with different specificities, for example, religion. Using Nigeria as an example again, you have primarily the Muslim North and primarily Christian South, so that would affect how you market certain goods. For instance, beer. So non-alcoholic goods in the North and alcoholic goods in the South.” And you even need to take into account things like the look of the people that feature in your commercials. “You can’t just assume that an African is an African. People have a specific look and they recognise themselves in adverts. These are not homogenous societies.”

Games said there’s been a shift to more local brand awareness. “We’re seeing a shift towards buying things that are more local. So, a lot of successful companies, say Unilever, for example, would have created goods that play to the country itself and its society, while still having the international brand behind it. But many consumers may not know that some of these goods are actually made by a big multinational.”

But this requires clever marketing, she said. “I think the trick is balancing those aspirations with price. Price is a very big factor. I mean, you think it’s impossible to compete with, for example, KFC, but there’s the Nigerian chain Chicken Republic, which took on KFC and has done very well.” She said it had great brand visibility and that people didn’t really know if it was local or foreign, so that’s not necessarily the determinant anymore. “People wanted something they recognised and if it was imported, that signals a certain level of quality and reliability, but I think that is changing.

So, there’s a big shift towards more local sourcing even by, for example, Shoprite. “They’ve improved their local sourcing to almost 80% in some countries, so I think there’s a shift away from this obsession of imported goods.” Imports are not just about currency, they’re also about the cost of logistics along the value chain, the cost of getting goods to market.

These are just some of the issues, but she left us with this: “When you see numbers you really need to understand and do deep due diligence. There’s a lot of things that need to be looked at when you analyse that business plan.” 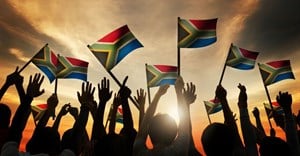 Who coached it best? The battle for Steve Komphela3 days ago