By: Jessica Tennant
VMLY&R SA's Live from The Edge presented both local and global thought leaders talking to the theme 'From Cultural Clichés to Brand Authenticity', addressing cultural relevance in an African context.
First up was HeyHuman CEO Neil Davidson, who although based in London has worked on the continent for many years. He talked about their experience and take on global and local marketing, explaining how outsiders make it work in Africa or as he called it, how to go about ‘connecting London to Lagos’.
He said what’s important here is having a good understanding of your model. He said the ‘three-year rule’ applies. “You don’t know what you don’t know when you start in a market and are trying to connect with a target audience. Year two you know a lot more and also you don’t know what you don’t know yet. Year three, you’re, hopefully, there where that insight might be.”

He went on to say that just because you understand something about an audience doesn’t mean you have to communicate it.

He shared an example of when they were getting to know their consumers in the Czech Republic for a Christmas campaign and said that they discovered the Czechs' carp scale Christmas tradition, which during Christmas Eve dinner, Czechs put a carp scale under their plate. The scale is believed to bring money and abundance and afterwards is placed in a wallet to secure money for the next year.

He said although this is an interesting local insight, it’s not necessarily something you should communicate in advertising.

"Seek connection. There are more things about us that are common than not. Also seek difference. There are differences that are meaningful." - @HeyHumanAgency @neildavidsonldn #VMLYRTheEdge


Although there’s an element of connectedness here, Davidson believes there are more things about us that are common than are not common, such as family, belonging, life, love and that we as marketing people tend to forget about those things.

Global is not the enemy, bad legacy marketing is.

Global can be done well, he said. “I think we just need to ditch a lot of the old assumptions about marketing and be smarter than our models, than our ways of working…”

"Be careful of making assumptions about audiences in different countries. Social identity, bonding, etc., for example football is different in Lagos than it is in London. " - @HeyHumanAgency @neildavidsonldn #VMLYRTheEdge


He said campaigns that start with a behavioural focus tend to be more effective than starting elsewhere. The key is to think about the consumers you’re targeting and their behaviours from the very beginning, and the barriers and the meaningful mental comparisons people are making about those behaviours because ultimately, it’s their behaviour that you’re trying to change.

Next up, Lethepu Matshaba, vice president of Homecare for Africa at Unilever SA talked about building brands that get noticed in Africa, referring to Sunlight, which forms part of her portfolio and which has been in existence for over 100 years in Africa.


Providing some context, she said Africa is the richest continent in the world. “80% of the world’s platinum comes from Africa, but equally and quite sadly this is one of the poorest continents in the world. So rich, yet so poor. A continent with 16% of the world’s population and only contributes about 2% GDP to the world. Obviously, this is tiny, but this is a continent where there’s a challenge day-to-day for most of our citizens, and Covid-19 is not making things any better. Covid just brought 2030 into 2020, so that makes it even more exciting, more colourful, more challenging, more difficult but also it’s a chance for us to shape the future that we want to see.”

Looking at Sunlight as a case in point she outlined some of the principles to establishing a winning brand across the continent.

Firstly, you need to know your citizen. “The first place to start is looking at the differences, but the job and the real nugget is when you go and look for commonalities, and that leads to the second point, which is that then you find the human truth, undisputed human truth.” The human truth they found with the Sunlight citizens was the fact that they might be happy working in their homes but equally, they want to thrive and do better than their current circumstances.

The third piece is around product delivery and relevance. “One of them is people thinking that because people are poor that they can just give them a sub-standard product that doesn’t really deliver on quality. And is it relevant? Do you get me? And that’s a critical piece. Do you understand me? Are you sending me something at a price that I can afford?”

Authentic Marketing in Africa via #VMLYRTheEdge


The fourth piece is around mental and physical availability, which is something that Coca-Cola does so well, which explains why it’s the top FMCG brand in Africa, ranked fourth Brand Africa 2020’s Most Influential Brands. Another example, BBC World was recently ranked the most admired media brand in Africa by Africa Business magazine, owing to its breadth of coverage and journalistic footprint across the region.

And then, last but not least, you need to define your purpose and align it with a social tension that the brand can talk to in a relevant manner. “If you don’t define what your purpose is then your competitors will define it for you.”

If you missed the event or would like to find out some of the insights that were shared, keep an eye out for the rest of our coverage on Bizcommunity.com and follow #VMLYRTheEdge on social media.
NextOptions
›
Email Print PDF
Follow 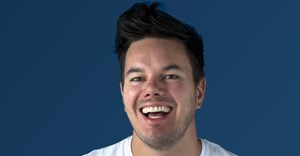 EXCLUSIVE: What the deal is with Geometry Cape Town and VMLY&R SA20 Sep 2021 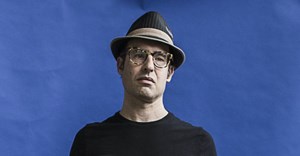 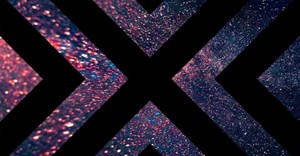 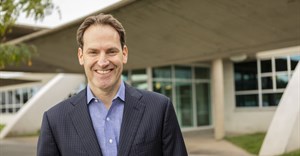 #VMLYRTheEdge: The time to be more inclusive is now17 Sep 2020
More related