2017 in review: The heinous horrors that got you angry this year

By: Julia Breakey
This year has been a whirlwind of racist exposé after sexist exposé after "How have they been running a business? Holy sh!t" exposé.
So if you think you made poor choices in 2017, grab yourself a bottle of red, slap on a face mask, and let’s indulge in the unhealthiest form of self care there is: relishing in the relief of not having made that mistake.

This is Memeburn’s list of the perpetrators of the dumbest public mistakes of 2017. Part two involves heinous mistakes that mostly tarnished institutions’ names rather than individuals.

2017 in review: This year's absolute worst of the worst

Users were so angered, in fact, that around 200 000 deleted their accounts.

But this was only the first in a line of scandals. The next month, former engineer Susan J Fowler wrote a blog post on the toxic work environment that protected repeat perpetrators of sexual harassment. The company said it took the allegations seriously, and subsequently released a diversity report.

Then in March, a video surfaced of Kalanick arguing with a driver who was upset about pay. But it still wasn’t the end. That same month, the company was found to have used a greyball software to avoid law enforcement in New York. The New York Times also wrote about the app’s psychological manipulation of its drivers.

Kalanick eventually resigned in June after pressure from investors. Things quietened down — until November, when it was found that in October 2016, a data breach jeopardised 57 million Uber accounts. The company reportedly paid the hackers a US$100,000 ransom to delete the data, and tracked them down to sign a non-disclosure agreement.

It is alleged that Kalanick, along with then-Uber chief security officer Joe Sullivan, disguised the payment as part of the company’s “bug bounty” program. Uber has since been hit with two lawsuits, and the New York attorney general has opened an investigation into the matter.

Oh, Spur. Who would have thought a restaurant founded on cultural appropriation would find itself embroiled in racist scandal?

On Human Rights Day in March this year, a video of a white man arguing with a black woman inside a Spur went viral. The altercation was about children in the play area — according to both the man and woman, the others’ kid had bullied theirs.

The video was particularly damning for Spur as it showed no manager stepping in to help, though Spur later said this was because the man kept pushing staff away.

South Africans were outraged, and multiple boycotts popped up — from both those who deemed the man’s actions racist and those who believed Spur was wrong to ban him.

And to make matters worse: the company replaced two-for-one Mondays with some boring R50 special. Make a right move, Spur.

In April this year, a host of super rich kids willing to pay up to US$12 000 for a music festival ticket found themselves stranded on an island in the Bahamas with refugee tents as their only shelter.

The festival was meant to be a deluxe getaway where attendees could mingle with some of the hottest models, lounge around on beautiful beaches, and enjoy “the best in food, art, music, and adventure,” according to its promo.

But somewhere everything went wrong — and instead of cancelling the festival before guests arrived, management pushed through, resulting in what one Twitter user called “mass chaos“.

Attendees were forced into bare refugee tents. They were offered dry cheese and lettuce sandwiches. Their luggage was thrown at them in the dark. In short, the super rich were forced to camp like normal people. The insanity.

Rapper Ja Rule, the event’s organiser, was facing eight lawsuits by July. His partner Billy McFarland was charged with scheming to defraud investors in his company, Fyre Media.

Not one to be outdone, United Airlines decided to rip the limelight (vomit-coloured light?) away from Pepsi less than a week after its ad controversy.

The American airline landed itself in hot water in April after one of its passengers was violently removed from a Chicago flight because it was overbooked. When no one volunteered to give up their seats, the company picked customers at random — but one passenger, 69-year-old Dr David Dao, refused to budge, and security guards dragged him done the aisle, breaking his nose, and dropping his head.

CEO Oscar Munoz “[apologised] for having to re-accommodate these customers”, vocabulary that did not go down well with the web.

“Nice to know ‘re-accomodate’ on United now means ‘drag you violently out of your seat,'” wrote one Twitter user. Her disdain was widespread, and it’s estimated that the company lost US$1-billion in value after the incident.

In July, Dr Dao told Daily Mail that he could have permanent brain damage. He said he had trouble sleeping, had little co-ordination and was unable to concentrate. He doubted he could go back to work as a doctor. Oscar Munoz is still CEO.

The Huffington Post SA had a pretty bad Easter weekend.

On the Thursday, the publication posted a blog by one Shelley Garland making an argument for the disenfranchisement of white men. Garland argued that white men still hold too much power, and were the guiding force behind retrograde movements like Brexit and the election of US President Donald Trump.

The article was so popular that it was picked up US far-right publication Breitbart by Friday. By Sunday, HuffPo had posted its third response to the debacle.

But Shelley Garland didn’t exist — she was instead a pseudonym used by white male Marius Roodt who claims he wanted to make a point about “the lack of fact-checking in South African journalism”.

In short, Huffington Post made a mess of it when it didn’t check any of “Garland’s” credentials — and the publication has since promised to no longer rely on “good faith” with its contributors.

Last year, South Africa was hit with a wave of high schools protesting racist rules. So you’d think that, a year later, other schools would have examined their own institutions to make sure they, too, weren’t protecting racist attitudes borne out of apartheid.

In July, Windsor House Academy in Kempton Park expelled a number of students for braiding their hair, claiming it a violation of its code of conduct. A geography teacher at St John’s College was found to have consistently undermined black students’ intelligence, labelled Indian students “Nawab” and called Greek students “dirty”.

Because being a teenager isn’t difficult enough, I guess.

Julia is a junior writer at Memeburn; a UCT film graduate with a passion for dogs, media, and dog-centric media. If she's not gushing about the new television show that you need to watch, she's rewatching The Good Place (which you need to watch).
Read more: Julia Breakey, Fyre Festival 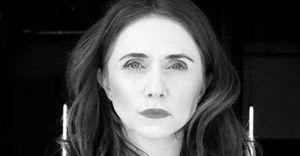 The South African consumer is a real person2 Apr 2019 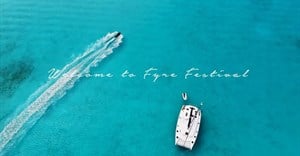 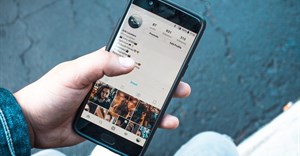 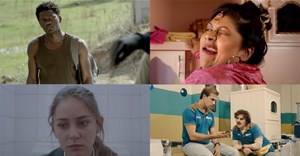 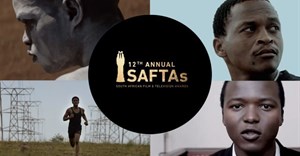