By: Louise Marsland
One of South Africa's oldest and best loved brands, Pick n Pay, this morning, Monday, 12 November 2007, announced a total brand transformation – from new logo and colours, to in-store signage, uniforms, new brand lines, new media and advertising – in a dramatic visual feast of new signage and brand elements at its head office in Cape Town. In fact, the entire new brand essence has been driven by its customers, as is evidenced in the new brand line: ‘Inspired by You'.
In the R110 million brand makeover, 400 stores will be rebranded over the next 24 months, with Benmore Pick n Pay in Johannesburg being the first to get the new signage. Part of the new business strategy includes over 450 new lines and repackaged lines, which will be introduced in store and new appointments to the management team, including a Wal-Mart director. This is all to ensure Pick n Pay remains at the top of the local retailing food chain, as well as to aid procurement initiatives in the global market.

The brand change is one of the largest in South Africa to date and funding will be a combination of new investment and allocated refurbishment costs. Expenditure will be over two financial years, according to Pick n Pay. The first 30 corporate stores – all flagship or high volume stores – and 25 franchise stores will be transformed with the new visual identity before February 2008, with all stores set to be completed during 2009.

Pick n Pay CEO Nick Badminton also announced that in enhancing the strength of its senior management team, the company had secured a number of highly experienced experts to join the company, including: Steve Hoban, currently director of global procurement at the world's largest retailer, Wal-Mart, who will join early next year to bolster Pick n Pay's trading team; Malcolm Green, who previously headed up distribution for a South African retail chain, will lead Pick n Pay's supply chain, a key development area in the company; and Cobus Barnard, also a retail specialist, will shortly join the company to further the company's convenience strategy.

Pick n Pay has for the past two years been working with top global brand company Landor out of its UK office to revamp the “hero” Pick n Pay brand in the group. And the group emphasised this morning that the new brand identity is much more than a new logo and visual language but part of an entire new future-gazing business strategy to position the company against competitors and potential international entrants into SA – while heeding the needs of their customers. Pick n Pay is emphasising that the new brand strategy is about more than just a new font and new colours. It includes a total brand essence and media revamp, and a new brand line: ‘Inspired by You'.

Pick n Pay chairman of the board Raymond Ackerman, speaking in a pre-recorded broadcast, welcomed the audience of suppliers, media and investment analysts to “the next 40 years” in Pick n Pay's history. “If I look back at the history of the company, so many things have happened, but this is probably the most exciting thing… we want to show the consumer we really care… we did consumer research to find out what consumers want, apart from: courtesy, warmth, caring.”

Ackerman also revealed that this was only the first of many initiatives to make Pick n Pay “absolutely world class” over the next 12 months. “We have got international competition coming to this country and we need to be the best… We are 40 years old and I think the next few decades will be even more dramatic.”

At the press conference at Pick n Pay head office in Cape Town early this morning, the new logo was unveiled with stirring music and an image of two hands each framing the new logo with finger and thumb. This ‘frame' will be used throughout the new signage in store, on packaging and on outdoor: billboards and distribution vehicles.


The well-known logo has been updated using a single font: Cachet, the black has been dropped and the elegant dark blue of ‘Pick ‘and the warmer now cherry red of ‘Pay' also includes colour block frames around the ‘Ps'. The apostrophe before the ‘n' has also been dropped.


Badminton made it clear: “Today is about strengthening our heartland.” The focus initially is on the group's core customer base, LSMs 8 – 10 with:In a move designed to strengthen its position in the LSM 8 – 10 market, the company would also be launching over 450 new and repackaged lines in its “Fresh” range. This includes over 300 ready-to-eat (convenience) meals, over 80 fresh produce lines, and more than 50 new meat products.

Following quickly will be a range of more than 50 organic products to complement its organics range, which in the last financial year grew some 60%. These products will all be launched under the Pick n Pay brand, replacing the existing Choice and Foodhall brands. All these products will be phased into stores over the next six weeks. SA's biggest private label, No Name, would also undergo brand enhancement, but will retain its name.

Pick n Pay GM: marketing, Lyndsay Webster-Rozon, said they had spent a lot of time talking to their customers about what makes them unique. Customers indicted:“Over the last 40 years, inevitably, the brand tends to develop multiple conflicting executions of the brand today. We took an honest look over what has happened to the brand over time. The only thing that matters to customers is the Pick n Pay brand – we want to make that the ‘hero' again.”

So the next logical question then, she said, was why change it?

Webster-Rozon explains that the new brand identity incorporates new visual language, fonts and the brand essence entailing fresh thinking, real impact, enable to adjust quickly to dynamics in the market. All aspects of the brand essence were considered, ie, Webster-Rozon explains: “If the brand was a sport, what would it be?” Various sunny and iconic images from South Africa have been photographed in a bright and unique way, and framed in colour boxes with the emphasis on fresh. They have also introduced a secondary vibrant colour palate to be seen in various applications inside the store, ie, across signage, trolley labels, work wear, trucks, and all advertising. A shorthand ‘PnP' with the Ps in colour blocks will be used in store on uniforms, in store signage and packaging also.

A tantalising glimpse was also provided into Pick n Pay's future thinking, with tidbits referring to mobile marketing via cellphones to clients; in store cooking demos; convenience supermarkets on wheels… big truck wheels that is!

Said Badminton: “We have determined leadership, we have engaged people, and there is more to come… we are fiercely engaged in robust debate on the next level of change. The business has to look at keeping on. The most important thing is to ensure we are relevant. We are driven by changes in the market and have to ensure we are world class.” 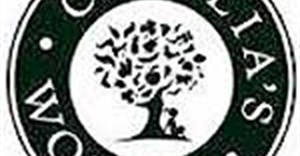 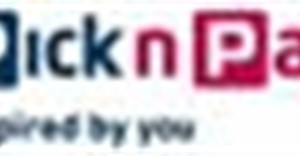