By: Chris Moerdyk
I have been in the communications business for almost 50 years and instead of retiring I intend offering one-on-one coaching to anyone who needs it in the marketing industry or who is a full time or non-executive board member.
This can be done in person or via Skype, or any other video or audio link.

If you have a look at my experience (below), you will be able to see that I have amassed a considerable amount of skills not only in the media and marketing industries but also as a board member for various companies and entities.

The importance of coaching has increased enormously in South Africa simply because of the continuing brain drain of skills out of the country.

The consequence of this is that many people are finding themselves thrown in the deep end and promoted into positions for which they would normally have to wait a lot longer and acquire far more skills.

I was head of strategic planning and public affairs at BMW South Africa, and have been listed in a Markinor corporate survey as one of South Africa's top 10 marketing thought leaders and in a Financial Mail poll, was voted one of the 20 most influential people in the SA advertising industry.

I spent the last 20 years as an independent marketing analyst, advisor and consultant. In September 2002 I was appointed by Parliament to the inaugural board of the Media Development and Diversity Agency. I also served as chairman of the MDDA Finance & Operations Committee. After an initial three years of service on the MDDA board I was reappointed for a further three years, retiring from the board according to the MDDA Act in 2009.

I have served as chairman of the Essential Medical Group, Bizcommunity.com; The Catholic Newspaper & Publishing Company Limited and was inaugural chairman of the Oversight Committee of the Marketing Association of South Africa. I was a member of the board of the Groote Schuur Newborns Trust.

I was a founder member of the Government/private sector national communications partnership for the 2010 World Cup and headed up the 2010 NCP Media & Communications Cluster. In 2003 I was appointed a Brand Ambassador by the International Marketing Council. I was also a member of the Superbrands Council of SA.

In 2001 I was awarded a prestigious Fellowship of The Institute of Marketing Management.

I have conducted numerous corporate communications and media-liaison training projects for companies such as Absa, Nedbank, SA Breweries, Vodacom, National Brands, Nokia, DaimlerChrysler SA, Samsung, Sony, The Marketing Federation of SA., IMM, L'Oreal, American Express, Old Mutual etc. I conducted numerous workshops on the fundamentals of marketing and the media for organisations such as The SA Institute of Chartered Accountants and other non-marketing bodies and executive groups.

In 2008 I was invited to join the US-based Chief Marketing Officer (CMO) Council – an influential global network of 3,500 senior marketing and brand decision-makers dedicated to knowledge exchange, thought leadership and peer networking.

From 1991 to 1996 I was head of Public Affairs & Strategic Planning for BMW South Africa (Pty) Ltd. Reporting to and advising chief executive BMW SA on public policy, current affairs, politics, sponsorships, economics, protocol, he was also the corporate spokesman. I was responsible for product launches to media, corporate events, media liaison. I was also a member of the BMW International public policy strategy group and part of the organising committees for the visits of HM Queen Elizabeth ll to Land Rover S Africa and Chancellor Helmut Kohl to BMW SA.
I was, for many years, the weekly marketing columnist for Sunday Times, as well as syndicated marketing, media, business strategy and communications columnist for the Journal of the Marketing, the IMC Magazine, AdVantage Magazine, Retail Edition, Enterprise Magazine and SABC 3 TV's Media Focus.

From 1996 to 1999 I was contracted to further develop the Media & Marketing section for Business Report at Independent Newspapers Ltd. (Saturday Star; Pretoria News, Cape Argus, Independent on Saturday (Durban).

I compiled and presented the Power of Persuasion television show (aimed at changing negative consumer perceptions on advertising) which ran for 13 weeks from November 1998 to January 1999 on national channel SABC 1, achieving record audience ratings.

From 1986 I was contracted to The Star on the invitation of Editor-in-Chief Harvey Tyson, to develop editorial coverage of sanctions and disinvestment. In 1987 I developed the concept and pioneered the Media & Marketing section for The Star and other group newspapers. During that time I was also a recipient of the Checkers Award for Consumer Journalism and SA Consumer Council Journalism Awards.

From 1970 to 1986 I worked as a marketing and PR Consultant operating in Durban (up to 1982) and in Johannesburg (82 - 86). Mostly below-the-line marketing services, PR, sponsorship and advertising. During that time I was the Natal representative for advertising agencies, McCann and Lindsay Smithers FCB. He was subsequently appointed regional director in Natal for Lindsay Smithers (now FCB).

In 1962 I joined the Pretoria News straight out of school as a reporter. Graduated from the Argus Journalism College, Cape Town, then joined United Press International in 1964 as deputy bureau chief. I worked throughout sub-Saharan Africa - Congo Wars, Zambia, Rhodesian (Zimbabwe) conflict - Arrested 23 times trying to tell my story to the world. I was promoted to manager for Southern Africa for United Press International Newsfilm Television, and seconded from time to time to BBC TV News, CBS, ABC, NBC.

In the 1960's I was Southern Africa news editor for United Press International & UPIN-TV and represented BBC TV News.

I was a finalist in 1965 for the J.Arthur Rank International Newsfilm TV Awards.

Apart from being a corporate marketing analyst, advisor and media commentator, Chris Moerdyk is a former chairman of Bizcommunity. He was head of strategic planning and public affairs for BMW South Africa and spent 16 years in the creative and client service departments of ad agencies, ending up as resident director of Lindsay Smithers-FCB in KwaZulu-Natal. Email Chris on moc.liamg@ckydreom and follow him on Twitter at @chrismoerdyk.
Read more: Chris Moerdyk, BMW South Africa 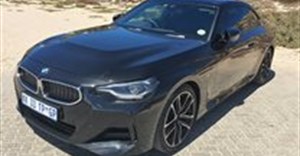 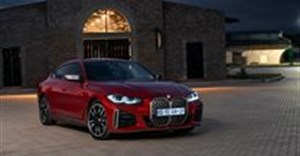 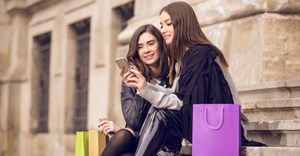 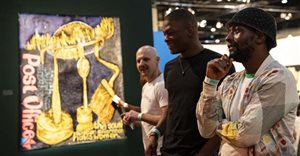 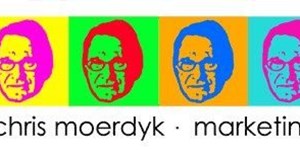