22 Nov 2013 | Email | Print |  PDF
Richard Hardiman's pitch for his system to automate the cleaning of surface water in harbours, ports and marinas and ridding these areas of surface waste and fluids, has brought him to the global final of Entrepreneur X Factor 2013.
The worldwide competition sees the Cape Town media personality and businessman pitted against twenty business finalists from Singapore, Hong Kong, Mumbai, France and Australia to name a few.
The invention, which is now in the process of being designed by engineers in Cape Town, would reportedly alleviate much of the surface waste that can be found floating in man-made ports and harbours. The idea originally struck Hardiman as he watched the daily routine water-borne trash collectors in his native Cape Town.

"I was having breakfast one morning in the harbour at a popular restaurant for tourists in Cape Town. It was a beautiful day but, as with most beautiful days in Cape Town, it had been preceded by a week of summer winds," says Hardiman. "Because of this our popular tourist attraction had been turned into a literal waste land, with plastic bottles, carrier bags and takeaway packets floating everywhere on the surface of the water. Combatting this seemingly insurmountable floating trash problem were two men in a rubber duck (semi-rigid inflatable); one steering the vessel to the offending items and the other leaning over with a trash-picker attempting to collect it and bring it aboard."

This set his brain into overdrive searching for a way to collect more trash from the surface without over utilising manpower and at the same time making them more effective.

Some five years later and a lot of refining what was in his head, his 'HarborWell' project is finally into R&D, thanks to the opportunity that presented itself accidentally. While attending a business conference and seminar with Singapore and Australian based Rock Your Life Group, an opportunity to pitch a business idea to the business people attending came up.

"I thought I should take part, pitch the idea and see what happened. If it was received badly I could shelve it and take it off my list of things to get around to; if it went well, I would bump it up the order and start doing something about it."

As it happened, of all the pitches done that day in Cape Town it won; pitting Hardiman up against nineteen other entrepreneurs around the world for the global final.

"Instead of waiting for the competition to start in earnest, I started the project anyway. Now having strength in my conviction that this could work, I got a small finance investor in so I could start to pay engineers and people to get working on the problem I had now created. The idea to me was easy but the execution takes people with intellectual capital on subjects I knew nothing about. I am learning fast but collaborating with clever people has always been the fastest track to success I believe."

Hardiman says the hardest part is not talking about the design and process too much and at the same time wanting to show people what it is all about.

The project is in two halves; one concentrating on what he terms 'Static Wells', which act as large traps for surface waste in marinas and harbours, and 'Drones', which is an automated system of trash collection linked via GPS technology. None of the work means a loss of jobs; his intention is to retain and create jobs but find a more practical solution for port authorities around the world to collect and dispose of surface waste and to be able to collect more of it.

"Any tourist destination or working harbour is a natural conduit of waste collection. Humans next to water ultimately means humans disposing their waste in it; be it accidentally or intentionally we end up with a lot of our soda bottles, cans, takeaway polystyrene containers and plastic bags floating into the water and then being dragged out by the tide into the open sea or sinking to the bottom and destroying our sea life."

While his intentions are not all motivated by the saving of wildlife and the planet, he is happy to have found a business that could be in the business of making money while sustainably helping to retard the poisoning of our oceans.

"I am motivated by business as many people are; to be sustainable this project needs to make money, create jobs and be successful. However, the fact that it could actually do something to help the planet certainly adds to my motivation of success here." 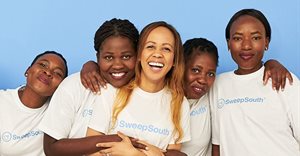 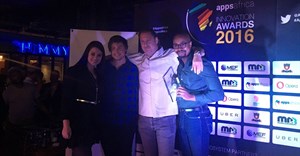 Domestly adds to its accolades17 Nov 2016 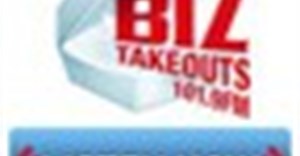 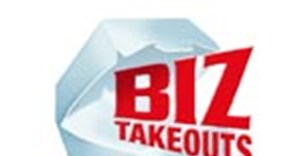 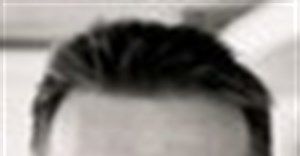 Internet radio: It's all in the numbers4 Jun 2012
More related