By: Evan-Lee Courie
Delia Sieff has spent 30 years working in the marketing communications space. The last 15 years focussed on PR and managing virtual teams across Middle East and Africa for large technology companies. Today, she is the head of communications at SAP Africa... In all the roles Sieff has held, the two things she is most proud of are the high performing teams she has built with a culture of learning and collaboration, and the great content she has created. She has had the privilege of launching innovative products, sharing programmes that have uplifted economies and communities, to hosting global CEO’s in countries across the region, and managing crises that she never dreamed imaginable. And while the entire marketing mix played a part in the success, PR was the element that brought authenticity and credibility to every situation.

When I look back over my career, it is with a sense of great pride at the role that PR has played in building trust and positive perceptions for the brands I have represented. I am grateful that I get to be part of that every day.

How would you describe your organisation?

SAP is a large, global technology company and the market leader in several software areas. The company places purpose at the centre of the organisation and we live the vision of helping the world run better and improving people’s lives every day. For SAP Africa, we have the global ethos combined with local relevance and a focus on how we can contribute to positive economic growth for the continent.

How did you find yourself in the PR industry and what qualities or qualifications would you recommend for aspirant newcomers to the industry?

My entry into the industry was somewhat accidental. I had planned to study Geology but quickly realised that it wasn’t what I had hoped. I signed up for a PR Diploma thinking it would be a stop-gap, found that I absolutely loved it, and 30 years later I am still working in the discipline.

For me, the critical skills for newcomers are excellent writing skills. I think this is more important than ever as much of our role is around content creation.

You need to be organised and able to prioritise as there is always more to do than hours in the day. There is also an element of courage. PR is often the function that has to raise the unpopular opinion or point out the pitfalls in a plan. And, finally, digital and social media skills are now critical – they are a core part of the channel media mix.

Can you describe some highlights of your career in PR so far?

I have had the privilege of working on both the agency and corporate side and both have brought fantastic opportunities.

In the mid 90’s, I was part of an agency team that worked on the relaunch of the Blue Train. The maiden trip had a star-studded guest list including President Mandela and Graca Machel and a number of celebrities like Naomi Campbell, Imran Khan, Mia Farrow and Quincy Jones. We hosted an event at every station along the route from Pretoria to Cape Town, culminating in a massive gala banquet and auction for the Nelson Mandela Children’s Fund at the Waterfront. I think it was the most logistically intensive project I’ve ever been part of.

My most personally rewarding project was when I managed the PR for the International Fund for Animal Welfare (IFAW) at the CITES convention in Zimbabwe, lobbying against downgrading the elephants and allowing the trade in ivory.

Working for incredible global companies like Nokia and Microsoft, I had the privilege of hosting their CEO’s, Stephen Elop and Satya Nadella, in multiple countries – South Africa, Kenya, UAE, Turkey, Egypt, Israel and managing the media relations for those visits.

A definite career highlight was the global launch of Microsoft Windows 10 in Nairobi with Satya Nadella. It was his first year in the role as CEO and he selected Nairobi to host the global launch which was amazing to be part of.

What I love most about now working for SAP is the ability to do incredible storytelling on topics that are so relevant to our world – financial inclusion, sustainability, equality. SAP plays a leading role in creating many technologies that enable our customers to become more environmentally sustainable, but also more purposeful. We have an ambition called “Chasing Zero” which is basically about Zero Emissions, Zero Waste and Zero inequality.

Right now, we are working on a project called 5x5x25 which aims to have 5% of our own corporate procurement spend with social enterprises and another 5% with diverse small businesses by 2025. These are things that can contribute massively to economic inclusion on the continent and PR plays an important role in driving the awareness and garnering the support to scale the programmes.

How can marketers benefit from PR’s knowhow in inserting the right content into the right media?

I have worked in both PR and marketing and the relationship between the two is critical. I think the value PR brings is that we view things through a different lens. When marketing evaluates a publication, they are looking purely at the reach, and the potential ROI for their spend. PR managers know the media intimately – they understand the nuances of each section and reporter. They understand the readership in a more qualitative way. While something may not look obvious on a rate card, PR brings the back story on why it makes sense for that piece to be placed there and also how it should be written for maximum effect.

What role does PR play in advertising awards and integrated marketing categories?

If you look at it from a brand funnel perspective, PR plays at the top of the funnel in creating awareness and interest. The value that PR brings is credibility and using a 3rd party voice for endorsement, whether through a journalist, an online influencer, a customer, PR creates the positive brand perception that allows marketing to then more deliberately promote and sell. The two are complementary and when they work together, can drive incredible end to end results. In that way, I think PR contributes greatly to advertising and marketing awards, even if it is not always obvious.

Can you name some leading companies or brands that your PR has had an impact on?

In the early days of my career, I worked for a PR agency that serviced many local companies. My favorite was working for Tiger Wheel & Tire. They were a great client and they were progressive, open to trying new approaches around media engagement. I felt like my work positively contributed to their brand.

During my tenure at Intel, we launched a couple of local initiatives that helped position the brand to more of a consumer audience. We created the first “wireless beach” on Clifton 4th Beach in Cape Town using Intel Centrino. We even had a wireless surf board and the PR brought relevance to a brand that had played mostly in the B2B space.

I am probably most proud of the my contribution to the Nokia brand. At a time that, globally, the brand was struggling against new market entrants in the smartphone space. However, in Africa, we remained the Number 1 mobile phone brand for several years. We had a strong communications team and created local relevance and brand affinity.

At the time I joined SAP, the company had undergone an entire leadership change within South Africa and was trying to rebuild trust both internally and with external stakeholders. A very deliberate approach to driving an integrated internal PR programme has seen enormous gains in employee morale and engagement. Similarly, by having a strong, relevant voice through our MD as a spokesperson, we have reestablished credibility in the market.

Are there any people, clients or organisations that stand out as having inspired or mentored you so far?

Honestly, there have been many. I’ll call out only a couple. As far as organisations go, I will highlight Nokia which was an incredible place to work. People who worked there were driven by passion and a love of the brand. It felt like being part of a family and that drove collaboration – everyone would jump in to help when needed.

The head of regional communications for Nokia at the time, Doug Dawson, has definitely been a mentor to me for many years. He is smart, articulate, no-nonsense and gets things done. He inspires the same in his team and I was very fortunate that he moved from Nokia to Microsoft during the acquisition and I got to continue working with him in my role there.

I will also call out Frank Shaw, the Microsoft global head of communications, who is undoubtedly one of the smartest people and certainly a top-notch communications head. He has a way of connecting the dots in a way you hadn’t thought of and really bringing strategy to life. He is also a fantastic storyteller and reading one of his mails to the team is a treat. If you have worked at Microsoft, it is impossible not to acknowledge the leadership of Satya Nadella. He truly turned the culture of a massive, established company around and can only be admired. For me, what I found most inspiring was his humility and his authenticity.

Finally, I would call out the managing director of SAP Africa. Cathy Smith joined the organisation at a very difficult time for the brand. Her courage, tenacity and authenticity are unwavering. She is a huge supporter of PR and understands how it contributes to the organisation, both internally and externally, which has allowed me to do some of my best work under her leadership.

How important to brand reputation is storytelling about individual personalities in business?

This is an interesting one. There’s no doubt that individuals like Steve Jobs, Bill Gates, Henry Ford, Richard Branson have defined brands for years and I believe there will always be those iconic leaders. People will be interested in their stories and they will contribute to the brand perception. I think leaders that are approachable, have a point of view, are thought leaders within their industry, and are open to telling their stories and build trust. They build trust in the leadership of the organisation but also in the brand itself.

I think the downside of that is when leaders become so iconic that they almost overshadow the brand. When their personal brand becomes bigger than the mission of the company, that can be a challenge, especially if they leave the organisation. While everything else in the organisation may still be intact the brand can flounder because of the association. It’s the same if leaders make mistakes. That can have a very negative impact on the brand.

I think it’s about finding the balance in storytelling and never losing sight of the brand.

Would you care to share any future trends or predictions for the PR industry?

The PR industry is critical. The channels will change, but the core tenet of creating positive perception will not change, and will always be relevant. If you look at the level of fake news and general mistrust in the world, there has never been a better time for credible PR. People are overwhelmed by information. The ability to create content and tell memorable stories that move people will grow in importance. 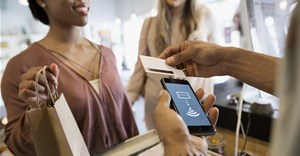 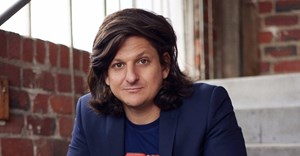 Millennial leadership: What the Suits can learn from the Sneakers21 Jul 2022 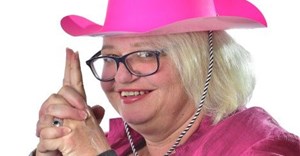 #PraisethePR: Caroline Smith on the importance of PR14 Jul 2022 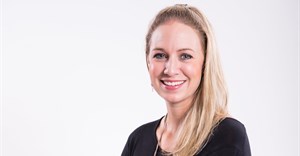 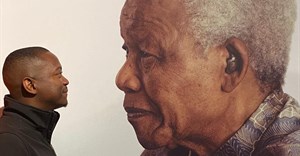 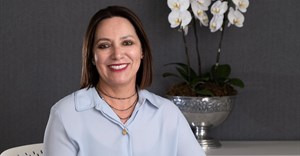 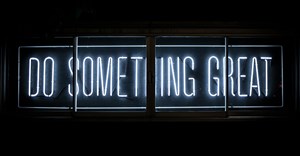