The documentary follows the success of a rigorous campaign rolled out by Pharma Dynamics and the South African Depression and Anxiety Group (SADAG), in an effort to break the stigma around mental health issues in South Africa.

The campaign, which ran for several weeks throughout August and September 2012, received an overwhelming response from people of all lifestyles and was open to anyone who has been affected by a mental illness, whether as a patient, carer, friend or relative. Those who participated shared their stories in the form of writing, painting, poetry and interview clips, which are all captured in the film.

The campaign also struck a chord with TV and radio personalities such as Penny Lebyane, Lilian Dube, Michael Mol, Ewan Strydom, Katlego Maboe, Aki Anastasiou, Lise Swart and Palesa Shuping, who reveal their own personal experiences of mental illness (either as a patient or as a loved one of someone living with mental health problems).

Mariska Fouche, public affairs manager for Pharma Dynamics, says the level of support that the campaign has received has been phenomenal.

"The campaign is certainly South Africa's most ambitious mental health programme yet and aims to end the discrimination faced by people with mental health problems. Thousands have visited the campaign website over the past weeks and the response to the advertisements placed on various social media (YouTube, Facebook and Twitter) for participation in the film has been overwhelming. It goes to show that South Africans have been waiting a long time for a campaign like this.

"The level of interest isn't really surprising, when one considers that at least one in five South Africans are or will at some point be affected by mental illness - and most of them will experience prejudice because of it.

"We have invested heavily in the campaign to ensure its success and believe that the film has the potential to kick-start a mass social media movement, which will change attitudes and crush the many taboos that still exist around mental illness."

The campaign drew submissions from teenagers as young as 13 to 64-year-olds who all cited loneliness, alienation and the lack of understanding and support as the biggest barriers to overcoming mental health conditions such as depression and anxiety.

According to the World Health Organisation's most recent Stress and Health study, South Africa ranks as having the sixth highest prevalence for anxiety disorders compared to the rest of the world.

Chambers ascribes the country's high stress and anxiety levels to multiple societal and socio-economic risk factors, which are all major contributing factors to mental illness - among these, are widespread poverty, inequality, urbanisation, unemployment, trauma and violence and substance abuse.

"Mental illness is a big problem for most developing countries and in particular South Africa - hence the great need for interventions such as the Let's Talk film campaign.

"Through public education and outreach to not only individuals living with a mental health condition, but also primary care providers, the film seeks to increase the number of South Africans who receive treatment and improve the manner in which mental illnesses are detected and treated in primary care settings. Currently an alarming 75% of mental health problems in South Africa go undiagnosed, supported or cared for.

"The film's message is one of hope - that mental illness is common, real and treatable and that most people can lead fulfilling and productive lives," says Chambers.
NextOptions
›
Email Print PDF 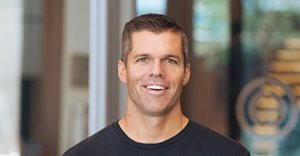 What can small businesses do to fend off a burnout crisis?13 Oct 2020 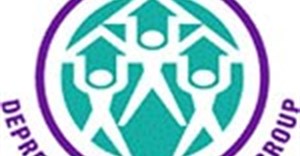