By: Dee Stephens
Hold on to your chairs marketers, brands and publishers, your world is about to drop off its axis.

Why now? On Thursday last week, 30 June 2016, all our comfortable marketing worlds were shattered when Facebook announced on its blog, the new algorithm update.

Facebook have moved to obliterate all your “free” marketing efforts as the algorithm is changing to send less traffic to your content sites.

The reason being says Facebook’s vice president of product management Adam Mosseri, “The growth and competition in the publisher ecosystem is really, really strong, We’re worried that a lot of people using Facebook are not able to connect to friends and family as well because of that.”

Firstly, it was never your audience to begin with, so the panic we all feel is somewhat exaggerated by this realisation. Let’s dive deep into what this means for us locally. SocialFlow reported earlier this month that the reach of publishers has already dropped by 42%, and since most publishers generate about 70% of their traffic from Facebook, especially here is SA, it’s a rather bleak outlook.

It’s not like the writing wasn’t on the wall, we have all seen the little alerts Facebook pops out suggesting you should boost your post, well the future could mean exactly that. Let’s say you create this awesome Facebook post to this amazing article or offer you have and as you hit the post button Facebook gives you a message that reads: pay x amount to reach this audience. Your reaction would be along the lines of “No that’s my audience!”… But the real answer is: No, it’s Facebook’s audience. And we should probably get used to that as this is probably the only way we will reach those audiences.

This of course also means the cost of ads on Facebook will go up.

Let’s look at auto play video that took Facebook by storm, the question is: do you know why there was a sudden boom from brands and publishers to provide video? The video view counts with Facebook’s “auto play”, even though they may have been somewhat massively inflated, were through the roof, the perfect solution for publishers to prove their social media ROI, and this in turn caused a storm in the marketing world, you have to remember that the news feed does not give your video an unlimited supply of attention, it just looks that way. There is a list of 20 publishers that Facebook paid to make it look that way. Buzzfeed being one publisher that made millions off of this video move.

Gone are the days when there was a native advertising sweet spot, from now on a publisher on Facebook will be issued with a tag that says NATIVE, and this will hurt marketers and publishers as it breaks the illusion that we publishers or marketers are buying access to sacred audiences. The tag allows the brand to access all insights from a post that they are “tagged” in. It works like this: you will be able to see how much traffic you generate from native ads rather than seeing organic traffic, this will allow marketers to calculate how big that ROI margin is and I promise you, you will be feeling like you have been robbed.

This algorithm change also means that publishers can share branded content from their official pages to drive traffic organically, but we will be having to rely on native ads and paid advertising inside Facebook which poses a budget problem down the line.

Let’s look at how we can save this massive loss in traffic from Facebook. SEO is the only answer, it’s the only way to secure earned organic traffic. The principles of SEO do not change; quality content principles don’t change. I know some of you are saying social is one of the pillars of SEO, yes and no. Social signals will always play a part in SEO ranking, but those are short lived, and have a life span of 48hrs in SERPs if you’re lucky. SEO on the other hand is also applicable inside social media, you just have to find the right SEO person for the job and that might be difficult with the number false guru’s we have trailing the net.

It’s not about their listing on Google, everybody is an SEO on Google Ads, it’s about finding the SEO that has the knowledge to give you that will equip you for the future. That will guide you and assist you not spew out an audit that means nothing to you. Choose wisely as the next 18 months will be critical if you don’t.

My advice to all of you who use Facebook as your primary traffic engine or advertising channel, get SEO now or you will not be here playing digital marketing in 18 months’ time.

I am a dedicated individual, an analyst at heart, SEO professional, ORM professional, accomplished Content Marketer, SMO expert, and digital media award winner. Starting out as a content producer I have evolved this business to be the cornerstone of success in all things SEO and Content Marketing for my clients. My ability to identify and recognise the requirement, and craft the perfect online solution for my clients is un-paralleled.
Read more: SEO, search engine optimisation, Facebook marketing, facebook algorithm, Dee Stephens 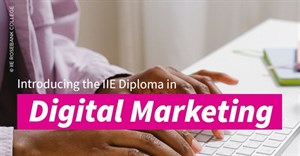 How to improve your organic search strategy26 Jan 2022 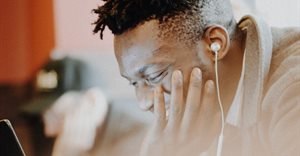 What brands should know about image and video SEO12 May 2021 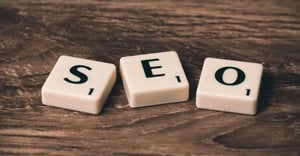 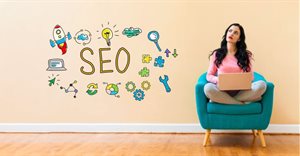