Whose trend is it anyway?

By: Dylan Balkind
So, January is only just over and the fridge light has already shone shame on your resolution quitter-face. But you're not alone and you know this because the chatter on the trip for double chocolate chip fudge brownies is now taken up by the third best thing to discuss among industry mates: trends.
What are they? The general direction in which something - or a group's behaviour - is developing or changing while reliant on how our ilk and their connection's-connections cotton-on to what may have just been a fad and thereby making it cooler than cool. This ups demand which in turn heats its status and before you know it, you're so last season if you haven't heard of, purchased (downloaded) and applied it to how you live your life.

So they're everywhere - the discussions and the trends. For the non-gurus, a quick glance, tell-tale trends list is there to peruse at any moment on Twitter. At the time of writing this, some of the trending topics the site coughed up were #Amakhosi4Life, #mediachat, #SSDiski and #RejectedGrammyCategories. Subjective? Bingo. And since I've never seen #OhMyGodGleeIsEnding or #HowDoTheyNotUnderstandMyFirstDraft, I've given up on Twitter paying any attention to me at all. And that - in all its fickle albeit powerful glory - is how trends work.

Trends exist because of the relationships between ourselves and the products, services and people we desire - and the products, services and people we need. This supposed science is very definitely influenced by the Illuminati, Kanye West, Anna Wintour and that lovely local chap leading the red beret squad. Whoever helms the prodigy of your passion has serious sway in where you spend your money. How quick your uptake is comes down to the speed at which good and bad news travels to you.

Look at how long blue eye shadow and the spiral perm lasted back when it did. Now we're blessed with the benevolent generosity of the E! network to tell you via LIVE broadcast that the Illuminati, Kanye West, Anna Wintour and that lovely local chap leading the red beret squad disapprove of your Sunday best; a fair metaphor when you look at the thought leadership articles on trends right here on Bizcommunity.

You simply have to recognise where we are in the context of the immediacy of approval and feedback. Everything we are is LIVE. Everything we say is now. And where we invest that voice is hero-worship. That's how trends work.

The hottie vs the nottie

David Beckham's TVC for H&M asks you to choose the option you'd prefer played at the 2014 Super Bowl - him being #covered or #uncovered. In my professional opinion, the folks over at H&M should spend more dosh on market research because those two options are just ridiculous. So to be sure I understood correctly, I watched the commercial 36 times. I've since figured it out. It's #uncovered, obviously.

Whether skin or no-skin is the way you roll, this tactic will keep H&M on trend with its consumers and the talkability and online buzz will reflect on their bottom line while scoring genuine points for the brand's street cred. Something one Michelle Pineda set out to do for hers while single handedly proving that no one needs to wait for the 147th season of a reality TV show to be famous for two minutes and fifty seven seconds. You simply need some phenomenal lyrics, IN. SANE. CHOREOGRAPHY... and an acutely focused sense of self-belief.

On a scale of one to don't-call-us-we'll-call-you, one of these will deliver on its aim to transition a trend and the other will not. That's how trends work.

Don't scoff. There have been far crazier ideas that made bank for both big and small business folk alike. Think Cabbage Patch Dolls, the flat-top brush cut or Macaulay Culkin. So is this look-at-me evolution of the self-portrait just a vapid, fleeting fad, or is there (to be) some bankable sensibility behind it?

Psychology credits this 'movement' with making all types of bodies visible in a world where media only traditionally celebrates one. The birth of Pinterest should prove that no collection of images - regardless of their mettle - should be discounted against having their monetary moment in the marketing mix.

In a culture that elevates one Kim Kardashian to the point where she earned R109,339,258.00 in 2013 alone, there's no reason the Selfie shouldn't find its way into an arena for commercial return, purely by its high-share, high-engagement existence. That's how trends work.

Peer approval and the way in which social media magnifies endorsement, has become that coveted Private School, Head Prefect badge for both brands and individuals alike. But when you are suspended in 11th Grade for 'going green' behind the bike shed or snorting Ritalin or slamming Crystal Meth - because: trends - it takes a pro fixer to execute that much-needed, serious, reputational damage. Enter PR.

There are always going to be slip-ups in business. Your head of PR may be Justine Sacco, you could be the big cheese at Burger King UK and 'have to look into' the use of unlabeled horsemeat in your burgers, or you could have missed that key moment when a team of juniors entered some unpublished work for awards and kept schtum while it garnered a bevvy of trophies.

Reputational damage is done through genuine error, simple stupidity or greed. Either way, by the aforementioned examples (along with the foolhardy fodder we're fed on a daily basis), the trend for damage control - despite the seriously skilled and experienced PR practitioners among us - seems to be that of spinning conjectural yarn to your contemporaries that is so ludicrous and confident in its assumption that they'll believe it, that it's really just a boring and very long way round to saying: "Hey y'all, you'll buy this story because what do any of you know, anyway?"

Ergo... Isn't it funny how trends work? Yup, analysts and sponsorship now have a bigger say in the way things will go, but it's really the speed at which we share the hotties and the notties that ultimately makes those hit-and-miss reactions that much more obvious. And let's be honest, it's really just about something risible that defines how über you are when it comes to cool. So, whose trend is it anyway?

Think splat stickers, moon bags, Tamagotchis, CB Radios, Red Nose Day noses - and those for your car - the Macarena, the Atkins diet, Auto-Tune, Crocs, energy drinks, Emo kids, the Rhema Church, flash mobs, High School Musical, paintball, the Rachel haircut and even the iPod - each with its place in our long and short-term memories, and with plenty richer - albeit mostly surprised - people for them.

Somewhere, a group who is long-gone from any and every New Year's resolution possible, is waiting, poised to pounce and turn a whim into a home run. When it comes to the possibility of a trend, the only person who thinks an idea is stupid is stupid himself.

Even the person who can sell ice to Eskimos needs have a way of letting the world know. Words. They're wonderful warriors with the potential for worry. Use a writer who takes his passion seriously. Here's more about me and mine: http://goo.gl/68Rsse | Twitter @DylanBalkind
Read more: trend forecasting, Dylan Balkind 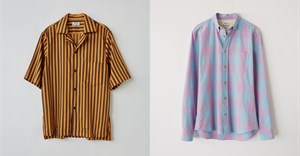 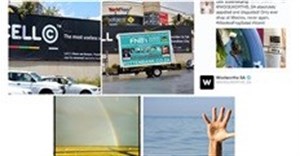 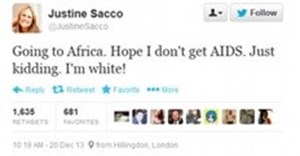 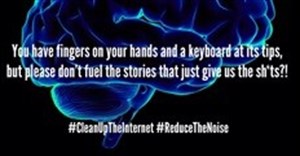