Speakers range from Penny Martin, editor-in-chief of The Gentlewoman magazine from the UK, and Omar Sosa, co-founder and art director of the indie design bible Apartamento. Dutch designer Roel Wouters, who is active in the field of interaction and media design will be presenting, as will illustrators Juan and Alejandro Mingarro, of Brosmind Studio in Spain, who have done work for clients such as Nike, Microsoft, Virgin, Gillette, Honda, Land Rover and Volkswagen.

Internationally acclaimed South African performance artist Athi-Patra Ruga will be a speaker, as well as will fashion blogger Malibongwe Tyilo of Skattie, what are you wearing fame. Other locals include filmmaker Christopher Bisset and musician/DJ Sibot.

The festival is being organised by The President - the design studio run by Peet Pienaar and Hannerie Visser.

Visser says the aim of the festival is a global exchange of skills and culture, and to create a platform for learning for both local and international designers that is accessible and affordable.

Apart from the main conference, delegates will also have access to Small Talks (15-minute talks), workshops and several parties on Saturday and Sunday. A designers' craft and food market with 50 stalls, as well as an exhibition by the speakers and a selection of local designers and artists, is also open to the public (500-1000 people are expected through the venue daily), and look out for the 'Occupy' movement inspired text exhibition, where 30 local designers will each have an exhibition inside 30 tents.

The conference itself won't be a portfolio show-and-tell - each speaker has been briefed to share knowledge. The Small Talks have been moved to a quieter section of the building after last years' rather noisy start to proceedings. Long tables and more seating will be provided to create a more sociable environment, hopefully encouraging conversation between visitors.

Step off the beaten path

Delegates will be encouraged to explore City Hall, with a hidden ice cream machine and a secret room where they can participate in blind tastings encouraging them to step off the beaten path and outside the norm.

Six teams from six countries - including South Africa, Spain, the Netherlands, Switzerland, the UK and Argentina - will participate in a creative showdown that consists of a conference talk, workshops and Small Talks:

Tickets are on sale now for R750 for the full three days; students get in for R500; and 20-person workshops with conference speakers go for an extra R250. The festival can accommodate 900 people and tickets are 80% sold out.

In an innovative 'Pay as you go' system, you can still make a plan to quickly go see your design hero by buying a single-entry ticket for that one speaker. Some seats have been reserved for this purpose at a cost of R200. 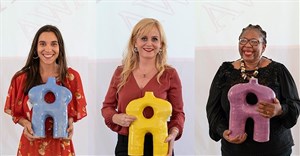 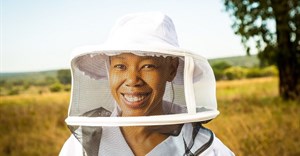 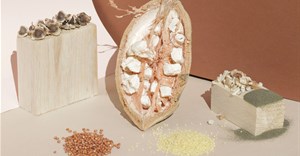 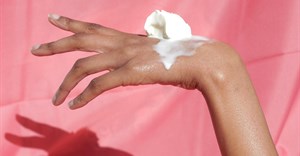 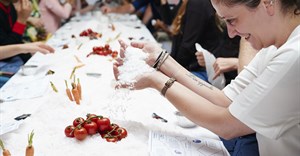