It’s not often that I burst out laughing – put that down to years of accumulated cynicism as a journalist – so when I did the other day, sitting at my desk, there were a few bemused looks from people in the vicinity.

The reason: I decided to try out Savanna’s new “Gugu” campaign and take it at its word by asking its “bot”, Gugu, a question.

Gugu, so the video promo tells us, is the voice assistant to “Chakalaka Norris” who, frankly, looks the antithesis of the American strongman, Chuck.

She also has a spicy attitude – not surprising given that her campaign aims to push Savanna’s new “Chilled Chillie” cider.

When Chakalaka asks her how far it is to Mars, she cheeks him back, wondering dismissively if he now thinks he is “Elon Muks”...

The site challenges you to ask her questions. So, I thought, let’s see how she copes with this: “Who is going to win the race for the ANC presidency?” After the “spiceware” (software in Savanna-speak) thought about it, Gugu came back with: “Eish – nna I’m too smart to follow politics – yoh...”

And I couldn’t help but laugh.

Clearly Gugu, and the clever humans who programme her, realise that in this country, someone is going to ask a political question.

Another question got the put down: “Ah, your poor school teachers ke di sterring. They put up with all your nonsense for years.”

As to whether Kaizer Chiefs was the best local football team, I got: “Why don’t you go ask a Chappies wrapper wena maan.”

Next up: What is the best wine? Gugu bounced back with “Are you sure you weren’t looking for ‘Google’ and typed ‘Gugu’ by mistake?”

It is a well-executed idea and it does its job to promote the latest Savanna taste with the same sort of irreverent humour the brand has become known for.

The people at Savanna’s agency, Grey/WPP Liquid used all sorts of clever digital hacks, including the use of artificial intelligence from Google which can recognise up to 50 different questions and variations of them.

That’s why, there is more than a bit of truth to the dismissive response from Gugu to the question about whether she has any pets: “One day, when the machines take over, you will all be my pets...”

Entertainment which sells a brand will always get the thumbs-up from me, so another Orchid to Grey/WPP Liquid.

When you have a dull product – or are doing something everyone expects you to do – then you hype the daylights out of it in the hopes the punters won’t notice.

This seems to be the reason that Kaizer Chiefs made such a song and dance this week about appointing Arthur Zwane as the new coach.

The announcement was, for many, an anticlimax, as a foreigner with an impressive track record was expected to get it. But Chiefs pulled out all the stops in putting out a Hollywood blockbuster video to do the announcement.

It dramatically starts with “the call went out” and Zwane answers that call and is whisked off, in a convoy of vehicles prominently displaying sponsors’ logos, to do the job. That is to drag the team out of the less-than-stellar performances of the past few years.

Fair enough, it’s your money, it’s your statement. What I object to is that you used two SA Police Service BMWs to top and tail your convoy. The cop vehicles were shown in gruesome glory, emphasising, I suppose, that Zwane is a VIP.

A football coach does not deserve a blue-light convoy, still less one where taxpayer rands have been involved.

If the club wanted to make a point, it backfired on social media as many people pointed out that, in the midst of a tsunami of crime, our cops still found time to be extras in a tacky sideshow. As a marketing effort, then, it fell flat.

So, Kaizer Chiefs, you get an unescorted Onion for arrogantly abusing state resources.

Brendan Seery has been in the news business for most of his life, covering coups, wars, famines - and some funny stories - across Africa. Brendan Seery's Orchids and Onions column ran each week in the Saturday Star in Johannesburg and the Weekend Argus in Cape Town. Contact him now on moc.liamg@4snoinodnasdihcro
Read more: football, advertising, Savanna, South Africa, Kaizer Chiefs, Brendan Seery, #OrchidsandOnions 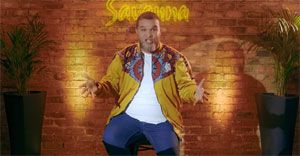 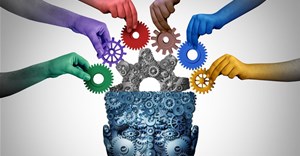 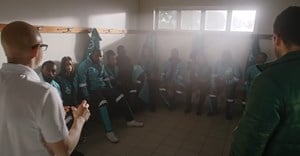 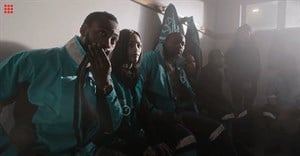 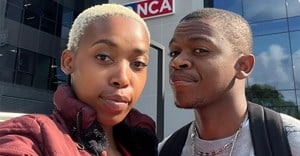