31 Mar 2022 | Email | Print |  PDF
Issued by: TBWA
The initiative from TBWA\New Zealand asks brands, advertisers, and users to flood feeds with authentic images and combat dependence on unethically altered images.
Global initiative Bodyright, from TBWA\New Zealand, is continuing its fight against unethical retouching and misrepresentation of the human body with ‘March Unfiltered’. The new campaign, which consists of a week of active support between 28 March and 3 April, encourages brands, influencers, and advertisers of all types to flood their feeds only with authentic images that remain unfiltered and unretouched.

The increasingly widespread use of filters has already been shown to exacerbate issues with mental health, body image, and self-esteem. Girls and boys alike report feeling worse about themselves after scrolling through Instagram, comparing themselves to the swathes of airbrushed and unrealistic bodies before them. Evidence from the American Academy of Facial Plastic and Reconstructive Surgery even reports that some users are undergoing cosmetic procedures in an attempt to look more like their online selves. In such a climate, it’s more important than ever to ground people back in reality. Whilst many governments have discussed legislation, Bodyright launched last year and took the opportunity to lead this movement, encouraging people and brands to take a stand.

The movement is centred around Ⓑ, a unicode symbol free for anyone anywhere to use on their images or social profile. Just as the copyright © communicates proof of ownership, the Bodyright Ⓑ will communicate proof of unretouched authenticity, reminding viewers of what bodies really look like - sharing realistic weights, scars, skin tones, pores, acne, and body hair. These images will not only celebrate authentic, unedited bodies, but raise awareness for the issues surrounding deceptive filers and unethical retouching apps. Rather than focus on the artistic or visual, the Ⓑ will verify that what you see is a true representation of a human body.

To boost engagement with the cause, Bodyright will push for a surge of unretouched images across brand, media, and social channels during the week of ‘March Unfiltered’, using the Bodyright Ⓑ to highlight their authenticity. Flooding feeds with unretouched and unapologetic imagery, the campaign will seek to restore the balance in the media, normalising what’s really normal and celebrating people as they are. Several brands have already voiced their support for the initiative, including Trilogy Skincare, 2degrees, and The Warehouse.

Seeing as the practice of retouching began in advertising, Bodyright is putting particular focus on this industry to get involved and combat the problem it created.

Sara Chatwin, psychologist, comments: “Unethical retouching and image manipulation is everywhere. The more people ‘buy in’ to this kind of thing, the more they like it, get used to it, and seemingly can’t live without it. Social media has also become a very pervasive form of social judgement – understanding that and understanding the damage that negative social judgement can do to all groups of society may be the difference between people feeling great about themselves when they view images, or people feeling suicidal.”

She adds: “Parents and educators need to raise their level of awareness of this material and put checks and balances in place so that children are able to differentiate between fantasy and reality. Advertisers and influencers must also be accountable for the images they present and the damage that false and manipulated imagery can cause their viewers. Thinking through how images will resonate with others helps and trying to be honest and authentic rather than glitzy and judgemental would be a meaningful change.”
Catherine Harris, CEO at TBWA\NZ, says: “Advertising agencies have been retouching images for years and social media has taken this to the next level in a way that negatively impacts people’s self-image, sense of self-worth and self-esteem. People are creating images even of themselves that portray something that isn’t real or achievable. That’s not real life and we shouldn’t expect people to hold a mirror up, and feel disappointed when they don’t see perfection.”

She adds: “March Unfiltered is about letting everyone know no body is wrong, and that we all deserve to be comfortable and happy in our own skin - that’s the point of the Bodyright movement.”

Shane Bradnick, Group CCO at TBWA\NZ, comments: “The damage that unethically retouched and manipulated images are causing is real. Governments are starting to make laws requiring influencers and brands to label retouched photos, but these ‘warning labels’ are just a way to excuse the action – the damage is still being done. Instead of labelling what’s fake, Bodyright looks to celebrate what’s real, and empowers people to own authentic unfiltered images of themselves.

He adds: “Since launching Bodyright, the support we’ve gotten from photographers, videographers, influencers, client and media partners has been incredible, we cannot thank everyone helping to grow the Bodyright movement enough.”

We develop business-changing, culture-defining and award winning ideas for brands. Ranked in the top 3 regional networks in Africa and consistently in the top 10 global agencies.
About Us | News | Contact
Read more: TBWA, Instagram 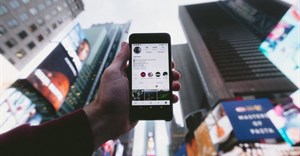 #CreativeWeek22: Changing how we see creativity23 May 2022 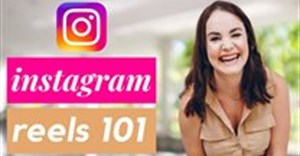