By: Karabo Ledwaba
Award-winning filmmaker and photographer Imraan Christian is inspired by the youth, his ancestors and his dreams. Christian was named one of 31 winners from 10 countries for The One Club for Creativity's prestigious Young Guns 20 competition.

“In Arabic there’s a word maktub - it means “it is written” , so your path is written when you are born. What inspires my art is doing my best with this path I’m on. Some points of the path is greatly inspired by my ancestors, other parts my dreams, and most of the path by creating blueprints that the youth could use,” said Christian.

“I’m a son of the soil, born and rooted in Cape Town. I’ve loved telling stories since I was a kid and have always found something mystical in my roots and lineage. In some way I’ve been exploring that mystery all these years and one of the ways I express that is with film, fine art, and more recently commercial filmmaking.”

The young creative currently works at Egg Films and Arcade in Cape Town where he has been involved in creating many of their advertisements.

A post shared by IM • RA • AN || South Africa (@imraanchristian)

“No one tells you how obsessive commercial filmmaking is. We are constantly pitching on jobs, and often there’s overlap with two or more jobs and that’s when you have to bend time as a director. Luckily our group of directors and producers at Arcade and Egg are united and have a “steel sharpens steel” approach to co-working. They have really created a wonderful space for me to grow,” he said.

Christian said he is happy that his work is acknowledged by the industry despite the challenges young creatives face.

“It’s surreal, a lot of my favourite creatives have won this award in the past. I’m so grateful because it shows that our work which is rooted in our authentic stories is punching up against the best in the world, and winning,” he said.

A post shared by IM • RA • AN || South Africa (@imraanchristian)

“The come up as a young creative in SA is tough, because the gatekeepers are lazy and often if you are too talented or hungry or have too strong of a voice then you are seen as a threat to mediocrity and are not supported. But this challenge at the same time is our gift because if you want to sustain your career you are forced to grow your craft and voice to the point where you are undeniable to the gatekeepers and the gate.”

Looking towards the future Christian will be launching his second exhibition with Vogue Italia in Milan.

“Exhibiting in New York, Paris, and Berlin with Artco Gallery has also been dreamy. Getting to collaborate with Sampa the Great and Rochelle Nembhard this year over a series of projects and films has been life-changing. Seeing our ma se kinders project grow into a movement has been beautiful. Ultimately the blessings are in the people I’ve worked with and the connectedness to a shared purpose that stands out to me,” Christian said.

Karabo Ledwaba is a Marketing and Media Editor at Bizcommunity and award-winning journalist. Before joining the publication she worked at Sowetan as a content producer and reporter. She was also responsible for the leadership page at SMag, Sowetan's lifestyle magazine. Contact her at karabo@bizcommunity.com
Read more: advertising, creative, Egg Films, filmmaker, Arcade, The One Club for Creativity, Imraan Christian, Karabo Ledwaba 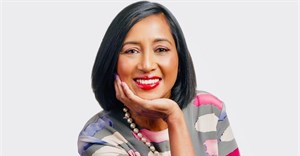 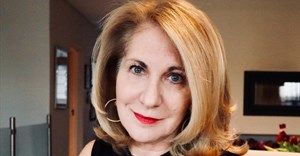 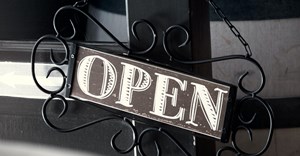