17 May 2022 | Email | Print |  PDF
The Constitutional Court case set for 20 May 2022 where eTV, MMA and SOS Coalition are attempting to delay the analogue switch-off (ASO) of TV broadcasting is supported by the #SaveFreeTV campaign, which it says will leave millions of South African without access to public broadcasting. eTV argues that the analogue switch-off (ASO) must be delayed until enough so-called ‘indigent’ TV households have had their government-supplied Digital Terrestrial Television (DTT) decoder installed. This refers to the 1.5 million set-top boxes (STBs) that the government had manufactured.

Sold off frequencies not affected

While the #SaveFreeTV campaign supports the objective of getting these free STBs rolled out, it says that even if all 1.5 million are installed by the end of June, this number represents just 12% of the total free-to-air TV audience of 5.7 million households (as calculated by the Broadcast Research Council (BRC) which provides viewership figures for broadcasters).

The #SaveFreeTV campaign supports eTV’s contention that the ASO can be postponed without affecting the frequencies that are being sold off in the frequency spectrum auction.

Some TV transmitters reaching the country’s major urban areas can remain on analogue transmission by utilising frequencies below the 700MHz level, a frequency range that must be protected for broadcasting purposes according to international industry standards, or in the spectrum reserved for the Wireless Open Access Network (WOAN) which the government has now shelved.

The elephant in the room

However the ‘elephant in the room’ is that no one is talking about the ‘missing middle’ of TV households that earn above R3,500 a month but who still won’t be able to afford either pay-TV or a new integrated digital TV set (IDTV).

“Our research shows that there are very few alternative STBs in the market - the major retailers do not stock them and typically only ‘grey’ imports that are not SABS approved are available in some smaller retailers,” says the campaign.

It adds: “While the pay-TV platforms, MultiChoice and OpenView are signing-up thousands of new subscribers every day, those who can’t afford these satellite-based services are left to fend for themselves.”

Not an act of kindness

While Communications Minister Khumbudzo Ntshavheni has stated that government will commission the manufacture of more STBs for the open market, this is going to take some time to happen (if at all), with the result that millions of South Africans stand to be without access to free-to-air TV services at the time of the ASO.

“Ntshavheni is at pains to refer to the government provision of free STBs as a simple act of kindness on the part of the Cabinet and to recall that there is no regulatory or legislative requirement on the government to do so.

“She omits the fact that many other African countries have also taken steps to provide free STBs to their citizens to facilitate the transition from analogue to digital broadcasting,” says the #SaveFreeTV campaign,” says the campaign.

It also states: “It is deeply unfortunate that Minister Ntshavheni has chosen to pursue a path of belligerent confrontation with both our movement and free-to-air broadcasters instead of providing effective leadership which will secure an efficient broadcast digital migration and ASO in the interests of all parties involved.”

The #SaveFreeTV campaign is calling on the Minister to engage with all parties concerned reasonably and responsibly to achieve a solution that will be of benefit to all, not least the South African free-to-air television audience, and through this measure secure the future of the DTT platform. 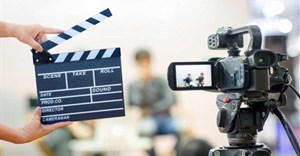 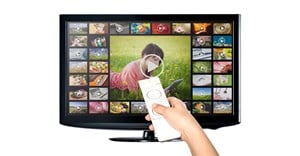