By: Issa Sikiti da Silva: @sikitimedia
Motorola Mobility South Africa will initially spend about R20 million to aggressively market its newly launched Razr smartphone, Dorothy Matemba, Motorola sub-Saharan Africa head of marketing, told Bizcommunity.com on the sidelines of the launch of the Android-powered device in Sandton, Johannesburg, last night Thursday, 27 October 2011. [video]
"The new products will be available in stores by mid-November, with the campaign kicking off nationwide around that period," Matemba said, adding that the well-rounded campaign - above- and below-the-line - will target print, TV, outdoors, digital and radio, as well as feature in next year's calendars.

"Need people to touch and feel the phones"

"A lot of activities will also take place in stores, targeting normal consumers as well as the corporate market, as you need people to touch and feel the phones... I mean demonstrations and demonstrations," a confident-looking Matemba added.

It is believed that Motorola SA spent about US$2.5 million to launch the new device in SA. The device was first launched in the US on 18 October and the next day in Europe, with Asia (Dubai) on 25 October, according to Matemba. SA is the sixth country.


The South African launch event was organised by Havas Sports & Entertainment South Africa, which liaised with Ministry of Illusion for the 3D mapping show projected onto the face of Sandton Library in Nelson Mandela Square. Bizcommunity has learnt that while each launch involves is a spectacular event, the details of each event have been left up to the region and Motorola SA felt the 3D mapping approach for SA would be an impactful approach for the market, especially in Nelson Mandela Square, which by virtue of its name has iconic reference. The 3D mapping show is being rebroadcast from 8.30pm every hour on the hour tonight, Friday 28 October and Saturday 29 October (the projector does have rain cover).

She said the new products will be first marketed in SA in collaboration with Vodacom, due to the link existing between her company and what Vodacom stands for. "It does mean does not mean that we are excluding other cellphone service providers," she stressed.

Head of mobile devices (SA) Megan Nicholas (@megannicholas) seemed to echo Matemba's sentiments, saying, "We partnered with Vodacom to launch this product, and we know Vodacom customers will be lining up to be the first to have the next-generation Motorola Razr."

The new product, described by Nicholas as impossibly thin, lightweight and loaded with sexy curves and the re-imagining of an icon, will be sold at a retail price of R6999. It will also be available on contract at R269 per month x 24 on Business Call.

Matemba said the last two months has been hectic, with she and her team working about up to 16 hours per day to put together the marketing campaign.

"Our marketing will be aggressive and it looks good as we have invested a lot in it. Soon you will see the TV ad and judge for yourself," Nicholas said [the TVC was shown at the launch last night; not surprisingly, it's basically using elevator sex to position the smartphone as uber-desirable - managing ed].

The new Motorola Razr allows users to watch movies on a screen that sports a wider range of colors than most LCD HDTVs. "And when you're tired of watching, use the cinematic-quality front-facing 720p HD video camera and 8-megapixel rear-facing camera with even sharper 1080p HD video capture to create your own movies," Nicholas explained.
And its built-in image-stabilisation technology aims to turn the users' lives into art, without breaking into a sweat, the company said.

The new device has 1GB of RAM which hooks up with a dual-core 1.2GHz processor and Android 2.3 to get the users a faster interface and the power to multitask.

Motorola Razr is also preloaded with the Motorola MotoCast, a cloud computing application enabling users the power to stream or download content from their homes or work computers straight to their devices with the aim of making their personal content always within reach. The phone is also very much aimed a corporate use, with business enterprise functionality.

"The pace of innovation has become extreme, and is dynamic at the moment, and those who will be innovative and creative enough will be in better position than those who are just protecting what they have," said Motorola Mobility VP and GM for mobile devices Spiros Nikolakopoulos.

Corrected at 9.18am on 31 October 2011. Bizcommunity.com apologises for and regrets the error.

Issa Sikiti da Silva is a winner of the 2010 SADC Media Awards (print category). He freelances for various media outlets, local and foreign, and has travelled extensively across Africa. His work has been published both in French and English. He used to contribute to Bizcommunity.com as a senior news writer.
Read more: Motorola, Havas, Motorola Mobility, Razr 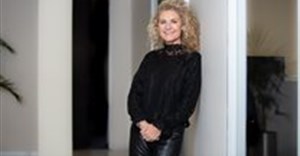 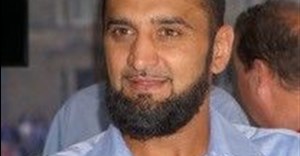 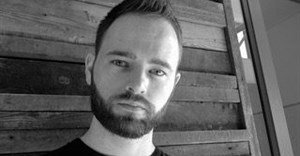 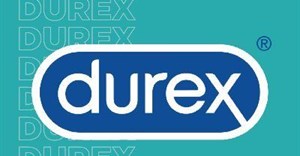