7 Mar 2011 | Email | Print |  PDF
By: Ivo Vegter: @sxswsa
A contingent of South African media and marketing people, going by the hashtag #sxswsa, are headed to Austin, Texas, this week for South by South West 2011. That's where all the cool stuff happens. [view twitterfall] 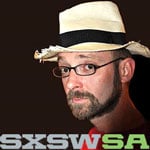 South by South West (SxSW) is a film, music and interactive festival held annually in the small, delightful university town of Austin, Texas. It has become famous for its size and scope - for 10 days, 11 - 20 March 2011, near on 20 000 people have a choice of dozens of presentations, panels, launches, workshops, debates or keynotes at any given time.

The "Next Big Thing"

Part of the attraction, besides for the wonderful atmosphere, world-class food and brilliant entertainment, is that it has a knack for introducing the "Next Big Thing" to the world. A few years ago, Twitter hit the big time at SxSW, and last year it was the turn of location-based services such as Foursquare and Gowalla to prove their worth.

Among the high-tech wizardry and social geekery, however, attendees can join far more focused discussions, such as how to create a cult following for a band, how to fund a movie using social media, how banking or television is keeping up with change, or how technology is revolutionising politics, economics and social transformation in developing countries.

A number of the South Africans travelling to SxSW do so with financial support from Old Mutual, whose head of digital, Jack Kruger, has a keen interest in the power of the social web to spur entrepreneurialism and innovation. The ability for South Africans to join a conversation with the minds and madmen on the bleeding edge is an opportunity he'd like to see spread as widely as possible - whether or not you jet off to the beating heart of innovation in America, or follow along as a virtual presence.

Trips by South Africans to South by South West have not only resulted in new ideas, companies and jobs back home, but have also led a number of great minds to South African shores. Gareth Knight's inaugural Tech4Africa show, for example, was modelled on SxSW, and lured luminaries such as Leila Janah and Clay Shirky as keynote speakers.

Like last year, we'll be running a blog at http://sxswsa.co.za as well as a @sxswsa Twitter account, to document the excitement of the festival. These will be edited and curated by yours truly, Ivo Vegter, who by day is a columnist for publications such as The Daily Maverick and ITWeb.

This year, Kruger has added a social-media team consisting of Catherine Lückhoff (@cluckhoff) from Mango-OMC and Gaby Rosario (@gabyrosario from Native to the mix, to make the #sxswsa production more organised and broader in scope.

Beyond contributions from the core #sxswsa team, the intention is to follow and aggregate posts, comments, photos, videos and tweets from as many South Africans in Austin, Texas, as possible.

Last year, Africa featured prominently at SxSW. The highlight was a panel led by Eve Dmochowska on crowdsourcing startup investment. The project has since stalled because of legal red tape, but it remains a worthy idea and met with much global acclaim.

Other African stories demonstrated how, after decades of pinning their hopes on their socialist, kleptocratic or despotic leaders, many Africans have taken to helping themselves, and are able to do so thanks to technology. From classrooms built via Twitter in Tanzania, to application development hubs established in Kenya and Uganda, ordinary citizens are taking the initiative to improve their own lives and societies.

After the extraordinary events in North Africa and the Middle East, this theme will likely be even stronger this year: Africans don't need patronage and pity, but are gaining the self-belief and self-reliance to tackle their own development challenges in their own way. We'll be there, to hear first-hand from Africans themselves how technology innovation and social media intersect with political liberty and economic prosperity.

If you're going to SxSW, let @sxswsa know, so we can add you to the Twitter list, and promote, republish or link to the best South African content produced at one of the world's leading innovation conferences. If you're not going, follow @sxswsa, watch the #sxswsa hashtag on Twitter, or read the sxswsa.co.za blog for live coverage of all the action.

And, no, we can't promise we won't talk about the Texas steak, the nuclear tacos, the southern rock and Austin's all-round weirdness. That is, after all, what makes this city such a special place for SxSW.

South by South West is one of the largest music, film and interactive technology festivals in the US. It takes place annually in Austin, Texas. Ivo Vegter, a South African columnist for The Daily Maverick and ITWeb, is reporting from there, along with several other South Africans, thanks to the support of Old Mutual. Follow him on Twitter at @IvoVegter and, wearing his SxSWSA hat, at @sxswsa. Read the SxSWSA blog at http://sxswsa.co.za.
Read more: Ivo Vegter, South by South West, SXSW, Catherine Luckhoff, Gareth Knight, Jack Kruger, #sxswsa, 2011 SxSW, SxSW 2011, Gaby Rosario, SxSWSA 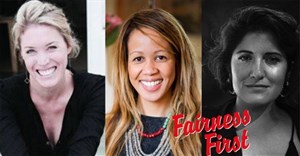 #EntrepreneurMonth: Insights into the SA female entrepreneur's journey in 20199 Dec 2019 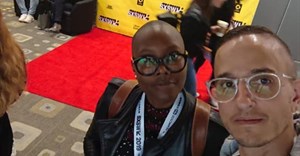 PendoringPendoring Prestige Award winner revels in her Texan adventure24 May 2017 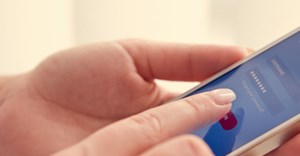 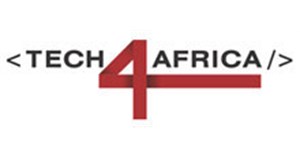 Tech4AfricaTech4Africa focusses on local content, stories and successes, moves to the Kalabash28 Sep 2015 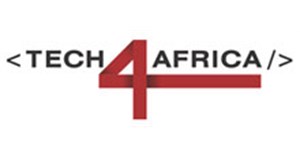