Word of Mouth Marketing has changed its game plan, but not its clout

By: Pieter Groenewald
With the public influence of online as an atomic conduit of marketing, Word of Mouth Marketing (WOMM) is no longer reserved for the offline arena. Digital integration has made online an adrenalised distribution channel that bullet-trains references, commodities, recommendations and reviews through communities and economies. Source: www.pexels.com
Enter the rise of momfluencers, product reviewers, micro and macro influencers - all of which are now helping to fuel the world’s 21st Century economy – through their personal and trusted experiences.

Let’s look at the facts. Data reported on Review42.com lists that 92% of consumers trust recommendations from friends; and that word-of-mouth marketing brings in five times more sales than paid media; with 74% of consumers identifying word-of-mouth as a critical influencing factor in their purchasing decision.

If we consider a case in point - according to Forbes.com: 83% of new moms are millennials, of which 46% trust the recommendation of other parents above any other channels, of which, on average, these moms are spending over eight hours online primarily searching or browsing for parenting advice – we can’t help but tip our hats to the explosive possibility of word-of-mouth marketing via online channels.
And guess what Captains, you need to be there!

We’re not saying get rid of the classic parking lot moms nor the old school golf game, where many a business lead has been caught in the name of ‘I know a guy that’ or ‘you should try’ recommendations – we’re saying pay attention to where these recommendations are now being explored, discovered and ‘shared’ – at an alarmingly rapid rate.

It’s not that WOMM requires a comeback, it’s that its already here – it always has been – only that now, it shares its voice with an online buzz and has reshaped itself to be stronger, bolder, quicker and more impactful in the online amphitheatre. The difference between then and now? Is the how.

In a world that increasingly leans towards the digital, automation, tools, views, and clicks, we’re seeing growing emphasis placed on the importance of word-of-mouth marketing online as a primary component of e-commerce success.

Here are three key factors around why word-of-mouth marketing – online and offline - is an avenue well worth investing in:

Currently, we’re seeing a larger band of potential word-of-mouth ‘advertisees’, which means more people are putting their degree of influence – both big and small – to work, sharing recommendations and tips to the benefit of the brands they work with.

It’s also worth noting that brands now tend to utilise micro-influencers and nano-influencers more regularly, than celebrities and mega-influencers – and for good reason, since their content receives higher engagement, which arguably delivers a more meaningful ROI at the end of the day.

Accessible platforms that empower users to craft unique content are producing an entirely new generation of entrepreneurs (with big and small audiences) who put their time online to work earning money in ways we’ve never seen before.

In the world of word-of-mouth marketing, that trust is gold, and that’s why brands are moving towards building relationships with real people, who lend their own authenticity and credibility to the brand as well.
With the exponential trend towards online WOMM as a hot contender in the eCommerce space, it would be a brand’s foolery to overlook it as a key business investment strategy, within the next five years. 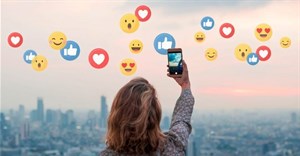 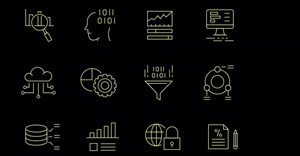 Why spend your marketing budget on digital?18 May 2022 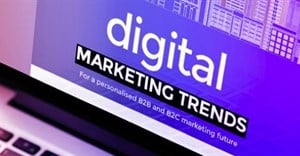