21 Jun 2022 | Email | Print |  PDF
As the baccalaureate exam takes place across Romania, DDB Romania in partnership with the Network to Prevent and Tackle Violence against Women (VIF) has launched a campaign to raise awareness about virginity testing. By drawing a parallel between the exam through which teenagers step into adulthood (the baccalaureate exam) and the virginity testing which is still a practice in the forensic facilities across the country, the campaign #UnExaminable is aimed at removing these tests from the Romanian legislation, declared by the World Health Organization (WHO) as a violation of human rights.

As high schoolers across Romania prepare to support the tests part of the baccalaureate exam – a national evaluation which began on 6 June this year - with a test assessing their verbal communication abilities, they also learn about the existence of a medical practice perpetuated from times we thought were long gone, namely, the virginity testing also called the “two-finger examination.”

Although repealed by WHO as a violation of human rights, virginity testing is still performed in Romania, among expert examinations conducted in forensic facilities for the issuance of forensic certificates. According to WHO, there is no scientific proof that this method could determine whether a woman or a young girl engaged in vaginal sexual intercourse or not. From a medical point of view, hymen examination is less than 10% accurate when it comes to determining the virginity of girls and women under examination. Thus, the test is practically useless, and the procedure may cause trauma.

In 2019, in Romania, virginity tests accounted for 2% of all examinations carried out by facilities subordinated to the Mina Minovici Forensic Institute (INML) – which means that approximately 1,000 tests are conducted per year. They are performed in various forensic facilities across the country. There are two types of examinations currently performed in our country: in connection with criminal investigations and at the request of parents – particularly fathers.

“The fact that WHO declared virginity testing a violation of human rights has determined us to get involved in creating this campaign, which was launched in partnership with VIF Network. ##UnExaminable revolves around an emotional video, with a message that will be supported in the media and social media through various activation tactics. The video has a twist, as the emotional build-up leads to the hardest exam our young protagonist must take, which is not the baccalaureate exam, but the virginity testing,” said Roxana Niță, creative director, DDB Romania.

“#UnExaminable has two clear goals, which we hope we will achieve soon. First, we aim at eliminating virginity testing conducted by the forensic institutions in Romania from the legislation, considering the harmful psychological and emotional effects it produces. The second objective consists in emphasizing that virginity is a social construct, which cannot be medically tested and proven, and which should not be promoted in 2022 by any developed state,” said Roxana Țâmpău, managing director of DDB Romania.

#UnExaminable showcases an emotional video, in which the protagonist is a teenage girl who is subjected to this kind of examination, right during tests simulating the baccalaureate exam. The young girl describes the anxiety with which she must cope, before taking the exams.

"We aim to create a social movement around this campaign, in which we put this sensitive topic on the public agenda and launch a public petition to eliminate the "two-finger test". We want to emphasize that virginity is a social construct and that it cannot be tested medically, and the procedure can cause psychological and emotional damage", concluded Roxana Memetea, managing partner of DDB Romania. What Oxfam can learn from charities that survived scandals27 Feb 2018 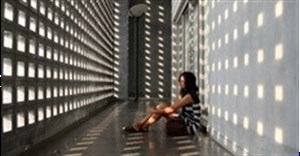