A common theme running throughout most talks was one of courage and consideration. There is no doubt that if you find yourself on the prestigious Design Indaba stage you must have both - and all the speakers on day three had the metaphorical cojones to create something innovative and exciting, venture into the unknown, dare to be different while all the while not forgetting to have fun and be kind on the way. The speaker who most expressed these ideas was UK-based communication designer and word crafter Naresh Ramchandani. He shared his eight favourite words, which include the words change and grace - the two words he considers the manifesto for both his work and life. Change, a combination of charge and anger “crackles with positive energy”, while Grace brings charm and finesse to the forcefulness of change. It’s “having the stupidity and courage to want to Change the world, and having the Grace to call for it decently”, says Ramchandani.

We are makers of culture,we put ideals into the world, we have the power to creat change - @pentagram #DesignIndaba pic.twitter.com/WGigou5S8G

The removal of self

Number seven on his favourite eight word list was Selflessness, “Selflessness is about the removal of Self as much as possible. Listening to a conversation rather than dominating it. Being interested in a point of view that’s different from your own. Wanting to help, rather than wanting to be seen as the person who helped.”

On the topic of selflessness, speaker Christian Benimana - a Rwandan architect - received a standing ovation for his talk, which illustrated the idea of architecture going beyond design and into the “understanding of how buildings can have an impact on the lives of others”. Can architecture be a catalyst for peace and reconciliation? The answer - a resounding yes. “Who builds and how we build matters,” says Christian. For more read Ann Nurock's interview with him. From buildings that heal us to builders breaking gender binaries, @christianBenima's humanist architecture is an #inspiration #DesignIndaba

The last speaker, and quite possibly the most anticipated, was musician Imogen Heap, an artist who embodies the words, brave, innovative and considerate. From humble beginnings to the creation of her one-of-a-kind looping Mi.Mu gloves, Imogen talked and sang us through her journey as both a musician and creator. Her vision is a music industry that is inclusive and fair. For more on this go to: www.designindaba.com Here's to the courageous and considerate game changers! 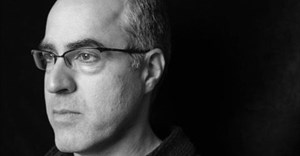 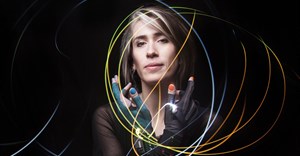 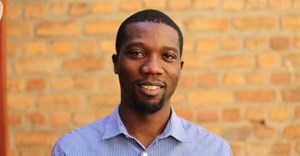 Christian Benimana: Architects don't have to be local to think local25 May 2016 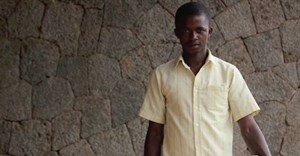 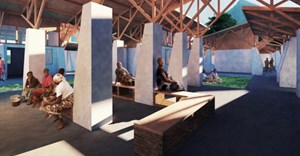