By: Amelia Richards
Delivering the keynote address at the National Youth Day celebrations in Pretoria, Zuma placed the importance of education at the centre of his speech followed by the importance of job creation.
"Education continues to receive the biggest chunk of the national budget as our weapon for socioeconomic development," he told guests at the National Youth Development Agency (NYDA) celebrations.

"We have to work together to provide opportunities for the youth, who are the future of our country. Government cannot perform this task alone. We thank all businesses that continue to employ young people and offer opportunities to them," he said.

"We are also encouraging young people to become entrepreneurs. The Industrial Development Corporation in partnership with the NYDA and the Small Enterprise Finance Agency have ring-fenced R2.7bn over the next five years for young people to take up opportunities in business."

Against the backdrop of Youth Day celebrations, it remains a sad case to report employment statistics from StatsSA:

Of the 5.5-million young people in South Africa between the ages of 15 and 35 who are not employed.

In the recent Kasi-Star Brand report published by Ask Afrika, the Kasi-youth:

"Whereas older generations sought stability the youth are more drawn to freelance lifestyles, this can be a positive shift towards an entrepreneurial endeavours stemming from an environment where there is a lack of formal employment. However, when taken to the extreme this attitude can lead to a sense of disillusionment amongst Kasi youth and a disregard for schooling and education as getting a matric or even a degree does not translate into employment.

Kasi youth would benefit from taking responsibility for their own future, but government also needs to commit to improving the quality of education, and business needs to continue to invest in assisting the youth with the challenges they face," says Sarina de Beer, MD of Ask Afrika.

Ask Afrika's recent Kasi Star Brands survey revealed that the Kasi youth market live for the moment and are driven by instant gratification. Fifteen percent of them definitely agree that they spend money without thinking about it, and 15 to 18 year olds in townships are significantly less bothered by the idea of being in debt. These teenagers have a broader worldview than their parents and 31% agree that they are interested in international trends. They are also more interested in the finer things in life and are significantly more likely than other people living in townships to enjoy planning holidays.

Kasi youth are willing to pay more for items that make their lives easier. A designer label will improve their image, and there is not necessarily a linear relationship between income and spend. "The 15 to 18 year olds living in townships often find it more important how, or on what, they spend their money, than how they make it," says Sarina de Beer, MD of Ask Afrika.

Education and access to information is a key differentiator, and being exposed to more and having broader horizons means that they are inspired to improve their lifestyles and they want more, surviving day-to-day is not enough. This drive and ambition is positive, but if the drive for status overrides the reality of their situation, life can become difficult for this group.

The desire to escape the township environment can lead to drug use and this is seen in the Kasi environment as quite a problem, and underlies various other issues faced by the youth market. Irrational decisions, especially when it comes to spending beyond their means, are often linked to deeper symbolism and expressions of self-worth. The underlying value statement is not negative, 'I want the same life because I'm worthy of the same,' but the way of achieving this is sometimes misguided. There is often a denial of reality and effort is put into disguising what cannot be publically seen.

Instead of saving money and putting efforts into getting a job or on education, certain Kasi youth may feel that they can achieve the social status that they want though appearances. This earns respect and is interpreted as making progress, even if there is no sustainable base behind the progress. There is a feeling of being worthy of the same privileges that they are exposed to through media and increasing access to the internet.

Looking back to the future, on 16 June 1976 a group of school children set off from Morris Isaacson High School in Orlando, Soweto, to protest over Afrikaans being the medium of instruction, among other grievances against the apartheid government. Held under the theme "Youth Moving South Africa Forward", this year's commemoration marks 39 years since the June 16 1976 uprisings. Government and corporates can work together to uplift and empower Kasi-youth, the future leaders of this country.

The survey:
Ask Afrika interviewed a total of 6,763 Kasi consumers, and the Kasi Star Brands survey represents the views of 9,694,666 million Kasi consumers living in South Africa. It represents 73% of the overall South African township population. Face-to-face interviews were done within Kasi-households. To make sure everything is correct an external company BDO and Dr Neethling audited the results. In this year's survey 24 Kasi Star Brands were identified, followed by winners across 163 product categories. These are the brands and products you are most likely to find in a South-African Kasi-household.

Kasi Star Brands are a spinoff of Ask Afrika Icon Brands, which are brands that are used most loyally by consumers across all socio-economic, cultural, racial, and other divides. New Ask Afrika Icon Brands winners will be announced at an award ceremony in Johannesburg on 28 July 2015.
NextOptions
›
Email Print PDF
Follow 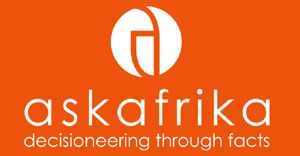 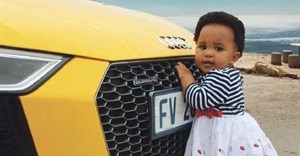 Audi recognised as an Icon Brand in SA3 Sep 2018 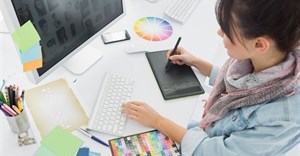 Are you struggling to understand Generation Y in the workplace?31 Aug 2016 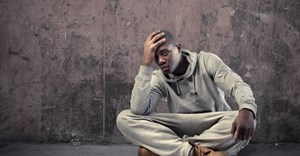 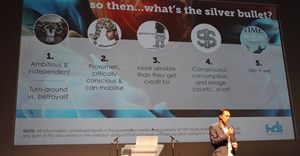 #YouthMonth: Marketing to the next generation15 Jun 2016 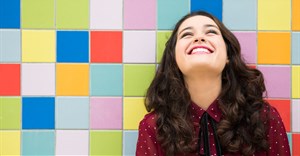