By: Aki Kalliatakis
Youth will have its day ... officially it's June 16. But the kids deserve more than 24 hours of fame. They're driving huge business changes and we should take time to celebrate their innovative spirit.

In a highly competitive world of me-too offerings, companies must be distinct or become extinct. Kids intuitively 'get it'. The staid stay with the tried and tested. Kids go and change things, and often do it wonderfully.

Novelty creates interest, the pre-condition for success by any product or service. The beneficiaries are consumers who find their needs have been anticipated in new and surprising ways.

These days, innovators are rarely old guys who spend 15 years in a lab perfecting a new product. They're usually a loose group of young people experimenting and risking as they go along.

South Africa produces some of the best youngsters like Ludwick Marishane, named the world's best student entrepreneur by the Entrepreneurs' Organisation. He's the founder of HeadBoy Industries, a firm that commercialises promising innovations like the water-saving DryBath.

Then there's Adii Pienaar, a techie innovator who started his business without funding and rapidly built up revenues running into millions.

When young ideas catch on, they catch on big. Think SnapChat, a smartphone app that allows users to share videos, photographs and images. Volumes reportedly hit 700 million photos and videos a day.

The app's developers are Stanford University graduates. Google offered them US$4 billion for SnapChat and were turned down!

Another young development is pop-up retail. A relatively fresh concept to South Africa, the pop-up store phenomenon, is gaining popularity. Young people avoid high shopping mall rents by creating 'shops' - some from cardboard - which they transport daily to different locations.

For young start-ups, pop up stores provides them the opportunity to see if it attracts any interest and to create recognition around the brand or product.

They might stock fashions, DVDs, music and games, art, books, stationery; even food and drink. Youthful entrepreneurs tweet or use other social media to tell customers where they will pop up next.

Helping each other out

Social media-empowered kids are also developing new ways to book accommodation (enabling users to sleep in each other's homes) and taxi-ride alternatives (by sharing trips in a private car). They've even brought timeshare to car ownership by creating co-owned vehicles.

Telecoms ring the changes in many spheres. In Kenya, MPesa has rolled out a mobile phone-based money transfer and micro-financing service to 17 million users.

Meanwhile, youthful collaboration has gone intercontinental, with movies being produced by collaborators located in different parts of the world.

Possibilities seem endless when you're young, welcome new ideas and have the courage to challenge accepted business practice. It's exciting reviewing trends like this on Youth Day - or any other day for that matter. 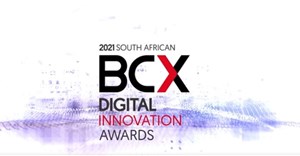 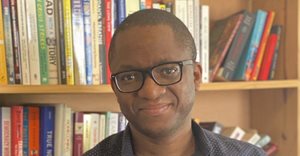