Gen X: Decluttering misconceptions about what it means to be an adult in 2017 (part 2)

By: Jessica Tennant
While the world was focusing on Millennials and Baby Boomers, Gen X were quietly reinventing what it means to be an adult today...

According to Viacom’s global study, which was presented at the VIMN Africa Thought Leadership Breakfast on Wednesday, 17 May at The Venue, Melrose Arch in Johannesburg, only 46% of South Africans between the ages 30-49 have actually achieved the three traditional adult milestones of getting married, buying their own home and having a child.

This is significantly higher than the global average, and what’s especially interesting in South Africa is that there’s an ethnic difference as well. One of the explanations for this is black tax – “the inherent need to support those in your family that are less well-off,” explained Christian Kurz, senior vice president, global insights for Viacom International Media Networks. “So it’s almost like you don’t even get to dip your hand into the candy jar because somebody else was in there already."

Something else that contradicts how this generation is being misrepresented – as “oh, you’re married now, sex is a chore, da da da da da, all of that type of stuff” – is that Gen Xers are more likely than Millennials to say that sex is the most important thing in a relationship (and to have a more fulfilled sex life, “although they have had a few more years to practice”). Counter-intuitively, for Millennials friendship is more important.

As mentioned in part one, Gen Xers are in search of meaning, and this extends to their families, which are starting to look very different to what was the norm:

oving on from family to friendships, while friend circles are narrowing, they’re becoming tighter from a quality-over-quantity perspective.

On average, Gen Xers have about 25 friends, whereas Millennials say they have 55. “Essentially what we’re seeing in Gen X is this process of decluttering… and that started to happen with Gen Xers back in the 90s, when they were those disenfranchised youth, when they said ‘no, I’m looking for meaning’, they didn’t want to focus on everything, they wanted to focus on a select few things. It’s about fulfilling relationships.” Gen X did it first

This is where technology comes in:

his, again, is higher in SA and amongst the black segment in particular. One of the drivers is that a lot of South Africans are living away from their family or close friends, and social media or the internet in general are having a significantly positive impact on staying connected. “You don’t get phone calls from your mom anymore asking what you’re up to, saying you never call me, because she can just see it on Facebook now.”

As Gen Xers were there when the internet came into being, they’ve learnt how to deal with social as it developed, which was more of a natural transition compared to Millennials who “kind of fell into it”.

Although the Boomers started the sheconomy, Gen Xers took it to the next level. The study showed that more than half of the women interviewed were either chief or equal wage earners in their households, and that female entrepreneurship in particular is a very strong topic in Africa.

When asked which of the following: ‘midlife crisis’, ‘loss of identity’ or ‘prioritising me’ most reflects how Gen Xers are approaching midlife, priortitising me came out on top. This is the result of the decluttering process mentioned above, and in effect results in this generation avoiding the midlife crisis altogether, because they’re constantly re-evaluating what’s important or meaningful to them. “If you constantly re-evaluate what’s important in your life, and focus on those things, then you don’t get to that point when all of sudden everything sucks and you have to do something completely different, like the Boomers did.”

Gen X are also resisting the midlife crisis by finding their “my thing” – this can be anything really (playing tennis, collecting toy cars, adult colouring-in), even something you’re not particularly good at, it’s just about doing something, finding your niche. Millennials, on the other hand, are a lot more deliberate at being the best at whatever they do.

But what does this all mean for brands, advertisers, marketers and media companies alike. How should they re-evaluate the way they represent this group of consumers? Read part three...

Gen X: How to get the generation right (part 3) 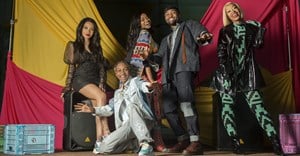 The problem with the generation gap? Marketers keep falling into it11 May 2021