26 Jun 2014 | Email | Print |  PDF
The 2014 Burson-Marsteller's Twiplomacy study, launched on 25 June 2014, indicates that India's new Prime Minister, Narendra Modi (@NarendraModi) is poised to overtake the White House in Twitter followers.
The annual global study of world leaders on Twitter aims to identify the extent to which world leaders use Twitter and how they connect on it. It also revealed that more than 83% of all UN governments have a presence on Twitter and two-thirds (68%) of all heads of state and government have personal Twitter accounts.

The study has discovered that Africa has three people in the top five most conversational world leaders globally, with the most @replies to their followers. These are:

It has also found that Kenya's Uhuru Kenyatta is Africa's most-followed president, with 456,209 followers, ahead of Rwanda's Paul Kagame and South Africa's Jacob Zuma.

Prime Minister Narendra Modi at No. 5

Since his election in late May 2014, Modi has become the fifth-most followed world leader on Twitter, with 4,967,847 followers. He is expected to surpass the US White House account, (4,976,734) and is using Twitter as a power tool to broadcast his messages, according to the report.

In early June 2014, Burson-Marsteller analysed 643 government accounts in 161 countries. Only 32 countries, mainly in Africa and Asia-Pacific, do not have any Twitter presence.

"We are proud that, now in its third year, the study has become a must-read on social media's growing importance among world leaders," said Donald A. Baer, worldwide chair and CEO, Burson-Marsteller. "This year we have seen a 28% rise in Twitter accounts among government users, a dramatic increase in efforts to reach people around the world."

However, the most followed world leaders follow few other peers and they are hardly conversational. @BarackObama and the @WhiteHouse only follow three other world leaders, namely Norway's Erna Solberg, Russia's Dmitry Medvedev and the UK government.

"This study illustrates that while the number of followers is important, the number of mutual connections is even more important," said Jeremy Galbraith, CEO of Burson-Marsteller Europe, Middle East and Africa and global chief strategy officer. "It is interesting to see how foreign ministries have created large digital networks on Twitter where not every tweet is approved by lawyers and press officers. Corporations and CEOs can learn a lot from politicians on Twitter, in terms of embracing digital tools for communications and how to connect with peers and influencers."

More than 3000 embassies and ambassadors are now active on Twitter: Canada, France, Israel, Mexico, the Netherlands, Poland, Russia, Spain, Sweden, Turkey, Ukraine, the UK and the U.S. have put most of their embassies and missions on Twitter. The UK Foreign Office in London also encourages personal engagement by its ambassadors, and it is virtually impossible to become a Foreign Office diplomat without using digital tools.

"Twitter has become a powerful channel for digital diplomacy and 21st century statecraft," said Matthias Lüfkens, Burson-Marsteller's EMEA Digital Practice Leader and author of the report. "It always amazes me how quickly social media teams, and sometimes politicians themselves, react to direct messages sent on Twitter. Twitter has become one of the most powerful communication tools and provides a direct line to our leaders. World leaders might not necessarily read the tweets addressed to them, but their teams certainly monitor the Twitter activity."

• All but one of the G20 governments have an official Twitter presence and six of the G7 leaders have a personal Twitter account. However, few world leaders are tweeting themselves. Notable exceptions include Estonian President Toomas Henrik Ilves (@IlvesToomas), Swedish Foreign Minister @CarlBildt and Finnish Prime Minister designate Alext Stubb (@AlexStubb).

• Barack Obama was the first world leader to sign up to Twitter on 5 March 2007 (at the time as Senator Obama) as user #813,286. Mexican president Enrique Peña Nieto (@EPN), Belgian Prime Minister Elio Di Rupo (@ElioDiRupo), Canadian Prime Minister Stephen Harper (@PMHarper) and the US State Department @StateDept are among the early adopters, all having joined later in 2007.

• As of 24 June 2014, all world leaders combined have sent 1,932,002 tweets, posting on average four tweets each day. The Venezuelan presidency (@PresidencialVen) has sent close to 50,000 tweets, averaging almost 40 tweets each day.

• Argentina's President Cristina Fernández de Kirchner (@CFKArgentina) is the most followed Latin American leader with 2,887,955 followers, ahead of Colombia's President @JuanManSantos with 2,883,963 followers. Mexico's Enrique Peña Nieto (@EPN), Brazil's Dilma Rousseff (@dilmabr) and Venezuela's @NicolasMaduro all have more than two million followers each. The five Latin American presidents are among the top 20 most followed world leaders. They mutually follow each other and often interact with each other publically on Twitter.

• The Mexican presidency (@PresidenciaMX) is the most prolific, posting on average 78 tweets each day, and the Mexican governmental account (@gobrep) is not far behind, with 71 tweets each day, which is roughly three tweets an hour.

• Ugandan Prime Minister @AmamaMbabazi is the most conversational world leader on Twitter. Ninety-five% of his tweets are @replies to other Twitter users.

To access the complete analysis of these findings, go to www.twiplomacy.com. 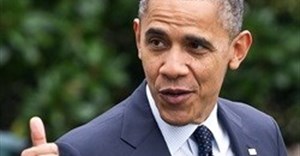 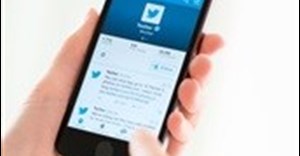 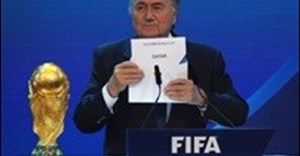 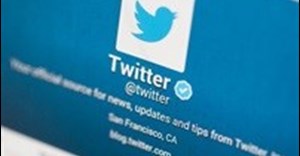 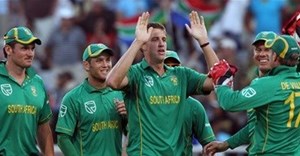