16 Nov 2021 | Email | Print |  PDF
By: Promit Mukherjee
Workers will start an indefinite strike on Friday at all group companies owned by Walmart-led Massmart Holdings in South Africa, their union said, creating another problem at the retailer struggling to turnaround. The South African Commercial Catering and Allied Workers Union (Saccawu), an affiliate of the powerful union Cosatu aligned with the governing African National Congress, said it will commence the strike from 19 November at all Massmart companies.

Massmart, which is owned by Walmart, is one of South Africa's biggest retailers but has struggled lately due to some loss-making diversification into East and West Africa as well as local pandemic-led lockdown restrictions and the July unrest that hit sales and profits.

While it has implemented a turnaround plan which includes focussing on e-commerce and selling of non-core assets outside of South Africa that has increased sales, analysts have said that Walmart-backing is so far its biggest hope to stay strong in South Africa's cut-throat retail environment.

Saccawu said in its statement the national strike would include Massmart's major supermarket stores such as Makro, Builders and its cash and carry format Masscash, which together represent 229 stores in the country.

The union has had several engagements with the company this year but it has failed to reach an agreement on wages and lay-offs at some of its stores, it said.

Massmart's Doug Jones resigns to take up job in Australia

"The company has shown little interest in resolving the labour disputes at hand...This has left the union with no option but to galvanise a massive indefinite strike in this group," it said.

It is also calling for a boycott of Massmart stores from 22 November and will hold its main march in the country's commercial capital Johannesburg on 26 November. 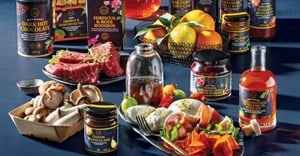