18 Aug 2008 | Email | Print |  PDF
While many retailers around the world are suffering from deteriorating consumer confidence, there is one channel of retail that will continue to boom. According to the latest report from Verdict Research, a Datamonitor company, retail sales at airports will grow by 11% in 2008 to $30bn (about R235bn), making it the fastest growing channel of retail after the Internet.
Indeed, rather than slow, retail sales are set to continue to grow strongly over the next five years, particularly in emerging markets, driven by the rapid increase in air travel and major investment in new airports and retail facilities.

Though retail sales at airports will remain resilient in developed markets, it is the emerging markets of Asia-Pacific and the Middle East that offer the most exciting opportunities for retailers. The clean slates of emerging market airport development provide huge scope for growth that is less feasible - physically or financially - in regulated and restricted mature markets, and this is now being taken advantage of by airport operators.

Increasing passenger numbers are a key driver with the strong growth witnessed over the last five years set to continue, particularly in emerging markets according to Verdict.

“The key factors stimulating this growth are increased affluence, growing tourism, rapidly expanding airline networks and new routes (especially those of low cost carriers). The increase in business travel as a result of globalization is providing a further boost to airport retailers,” says Nick Gladding, Verdict Research Lead Analyst and author of the report.

The Middle East has seen the fastest growth in passenger airport traffic over the last five years and will remain the fastest growing region over the forecast period. Between 2002 and 2007, retail sales in the four key Middle East markets of the UAE, Qatar, Bahrain and Oman more than doubled from $461million to $1.2bn and Verdict expects sales to double again and reach $2.5bn by 2012.

At the forefront of this growth is Dubai international airport in the United Arab Emirates, which alone will be used by 50m passengers in 2008. Already regarded as a regional hub, Dubai is set for dramatic expansion. In 2008 retail space will more than double through the addition of a new concourse and terminal, enabling it to accommodate broader ranges of jewellery, luxury and fashion items. Looking further ahead Dubai has potential to be the world's largest international airport with the new Maktoum International airport adjacent to the existing airport under construction, which will lift capacity to 100m passengers per year.

The huge success of Dubai in promoting itself as an alternative transfer destination for long haul flights between Europe and the eastern seaboard of North America to the Far East and Australasia has encouraged other Middle East airport authorities to upgrade their infrastructure. A new terminal is under construction at Abu Dhabi intended to enable it to compete more effectively against Dubai when it opens in 2010, while a third UAE airport at Ajman is due to open a year later.

Not to be left on the sidelines, other Gulf States, most notably Qatar and Bahrain also plan terminal extensions that will include substantial retail facilities.

The Chinese market also offers enormous potential to airport retailers. Despite the rampant economic growth of the country in the last five years and investment in preparation for the Beijing Olympics, airport retailing is still a nascent market and offers great scope for development. China is expected to become the world most popular tourist destination creating a vast increase in domestic and international air travel.

Nonetheless, aside from new airport openings in Beijing and Shanghai, many of China's airports fall short of international standards and inward investment has been limited by the state ownership of the nation's airports. That said, restrictions on foreign investment are due to be relaxed and opportunities are being assessed by western airport operators keen to capitalize on the increasing affluence of Chinese consumers. The result, Verdict expects, will be an increase in retail spending at Chinese airports from $300m in 2007 to $612m in 2012.

India offers tantalising possibilities to airport retailers. As a country that already has a strong trading culture and an international mindset, India is fast becoming a key market in global airport retailing with investment from international airport operators including the Swiss-based Nuance Group and Britain's Alpha Airports Group, now owned by Italy's Autogrill.

India's emerging middle class, strong consumer culture and rising number of people flying -both domestically and internationally - will drive growth. The air travel market is being buoyed by the development of low cost airline carriers as well as the reconstruction or extension of antiquated airports - around 100 airport schemes are planned, following on from new airports in the key cities of Bangalore and Hyderabad that have opened this year. Low-cost carriers are still in their early stages of development in India and have huge potential to make air travel more affordable and increase footfall at airports. The thriving Indian economy will also boost demand for business travel, both within the country and internationally from western companies that outsource operations. Together these factors, Verdict calculates, will lift retail spending at Indian airports from $127m in 2007 to $318m in 2012.

*Global Airport Retailing 2008 - Focus on Emerging Markets is a comprehensive analysis of airport retailing, including regional data and analysis of key airport operators. 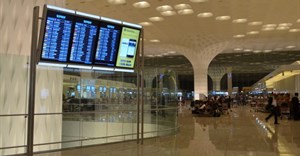 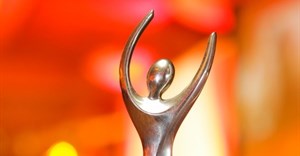 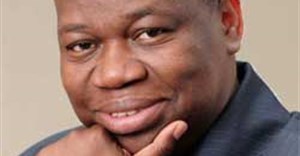