13 May 2008 | Email | Print |  PDF
South Africa brought home the Rugby World Cup last year so it comes as no surprise that the sport proved to be a strong source of writing prowess and coverage for this year's SAB Sports Journalists of the Year Awards, held in Sandton, Johannesburg, late last week. Rugby writer Mark Keohane was named Sports Journalist of the Year in the print & Internet category for in-depth and thought-provoking rugby articles and reports which were published by Independent Newspapers.
Football also dominated the awards ceremony held on Thursday, 8 May 2008.

Honoured alongside him was James Shikwambana as Sports Journalist of the Year in the radio category for programmes broadcast both on Munghana Lonene FM and SABC Sport. These included a history of Orlando Pirates, as well as his excellent insight into why the US and people of an African origin dominate world sprinting events.

SuperSport's Mark Gleeson was voted Sports Journalist of the Year in the television category for his PSL football commentary on SuperSport. Gleeson is regarded as the No 1 authority on African football and has become a world class commentator during his distinguished career. He is on the FIFA panel to Third World countries and trains FIFA officials in media management and liaison.

Gentleman on the field and off

Former Proteas all-rounder Shaun Pollock - who retired from South African international cricket at the beginning of the year - was voted Most Media Friendly Sports Personality of the Year by sports journalists who praised Polly for always being a gentleman on the field and off.

The late award-winning SABC sports journalist Maseru Koaho was recognised for his immense contribution to sport in this country by being inducted into the SAB Sports Journalists Hall of Fame. Koaho died in a car crash in July 2007. His death sent shockwaves around the country with many mourning the loss of a stalwart in the sports reporting fraternity.

The full list of winners at the 2007 SAB Sports Journalists of the Year Awards, including sub category winners and merit awards, are:

Commented print & Internet judge Joe Latakgomo, “We were delighted with the spread of entries from around the country as well as with the many new names that entered this year. The demographics were also mixed. The features category proved to be the strongest this year. Well done to all those who entered - the standard bodes well for the future of South African journalism, particularly as we head for 2010.”

Said TV judge Jimi Matthews, “The SAB Sports Journalists of the Year Awards are in recognition of the dedication that many media practitioners bring to their craft and the enormous contribution they make to enhance our enjoyment of sport.

“Judging anything is always subjective. And judging a sports-related competition even more so. The very essence of sports in the modern era is the passion and the emotion that it evokes. The judging process was characterised by lively discussion and debate as each entry was given its due recognition. Sometimes the judges would vigorously motivate the reasons for their choices as they tried to convince the rest of the panel but mostly there was quick consensus to the obvious winners. The categories for Sports Commentator and Sports Presenter/Personality elicited the biggest debate. All the entries in these categories were worthy of consideration.”

Jan Snyman, radio judge, pointed out that the total number of entries in the radio category increased dramatically this year, with sports programme of the year showing the best quality with impressive innovation and creativity.

Says Tony van Kralingen, MD of SAB Limited: “The South African Breweries Limited is proud to be associated with these awards, especially as we head for 2010 which will see the [FIFA] World Cup being played in this country in the year that these awards celebrate their 30th anniversary. This sponsorship also recognises SAB's commitment to sport in South Africa, a decade-long relationship that has provided us with a source of pride and inspiration. Thanks to all sports journalists for your insights and for making sport come alive for all fans.” 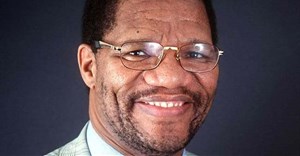 #OrchidsandOnions: Hats off to Heineken12 Nov 2019 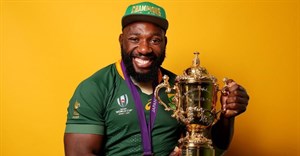