16 Aug 2021 | Email | Print |  PDF
Winners of the 23rd Nat Nakasa Journalism Awards, sponsored by Sanlam, were announced on 14 August 2021. The flagship event of the South African National Editors' Forum (Sanef) awards journalists who have shown courage and tenacity in the face of enormous challenges and displayed a commitment to serving the people of South Africa with integrity, resisted censorship, and striven for truth and accuracy in their reporting. Styli Charalambous, the CEO and cofounder of Daily Maverick was awarded the Nat Nakasa Award for 2021.

The winner of the Nat Nakasa Award for 2021 is Styli Charalambous, the CEO and cofounder of Daily Maverick. Since its inception, the publication has become one of the leading online and a printed publication in SA, in part because of the commitment and passion of the former chartered accountant. Charalambous says he is now “fully reformed and passionate about the media business”.

#BizTrends2021: Media trends; the picture is not pretty, and it will get worse

This year, the Nat Nakasa Award Community Media was made to Nathan Geffen and Raymond Joseph for their work in the community news agency GroundUp. Since 2018, this small community news agency has persisted with a series of investigations into the NLC that have uncovered corruption, maladministration, and nepotism. The news agency’s work in general — and its reporting on the lotteries scandal in particular— provides a sterling example of good community journalism in action. Editor Geffen started GroundUp ten years ago, as a donor-funded community news agency focusing on social justice issues.

The coveted Stephen Wrottesley Award went to Mahlatse Mahlase, chairperson of SANEF 2016 – 2020 and current secretary-general. The award was presented “for her passion, professionalism and commitment to Sanef and her dedication to media freedom and ethics.”

Mahlase embodies what Sanef stands for: an unwavering passion for media freedom and a deep commitment to make South Africa a better and more equal place for its citizens, through journalism. Nominated by her peers, Mahlase steered Sanef to financial and organisational stability and has led SANEF in its principled campaign against prevailing hate speech and online abuse against journalists. She championed SANEF's activism to push back against the abuse of particularly women journalists by politicians and online trolls.

The panel of judges for the awards represents different generations, value and respect each other’s opinions and have robust discussions around nominees:

Peter Sullivan, convenor of the panel since 2006, offered the following: “There are many instances of courage in journalism, both under apartheid and the current democracy. Journalists yearn to laud their own, to show we do a tough job, sometimes under severe threat, often unappreciated and even scorned. This award shows our audience and the country and our fellows that their courage does not go unseen.”

Commenting on the value of the awards, Crystal Orderson, who has been on the panel since 2018 and is known for The Africa Report on 702 Talk Radio, said: “It is important that we recognise differences in our media environment but also pay homage to Nat Nakasa and reflect on the role of the media in SA and making a difference in the media landscape, ensuring access to ordinary South Africans. Covid-19 has made immense challenges to the media, so we looked for those stand-out publications that really had major obstacles to overcome.”

Veteran journalist Joe Thloloe, a previous award winner, colleague of Nakasa’s and panellist since the inception of the award in 1998, recalled the moment he won: “When the MC at the Sanef dinner in Durban called my name, it was particularly moving for me, because nobody had even whispered the information to me ahead of the time; the weight of Nat’s one-way ticket out of South Africa to take up a Nieman Fellowship at Harvard University in 1964 and his tragic death in exile hit me afresh; and, the award was modelled on the Louis Lyons Award at the Nieman Foundation…I shed tears when the announcement was made. At the time, the apartheid government had banned me, I couldn’t work for any publication and had been in jail a few times for my beliefs and was to continue that journey for another 12 years.”

Thloloe went on to elaborate: “We don’t look for just a competent journalist; we don’t look for technical excellence – we look for a media worker, a journalist, a publisher or media owner who has been courageous and fought against all that stood in his path to publish, keeping the flag of Section 16 of the country’s Constitution flying high.” 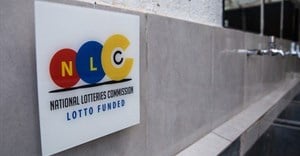 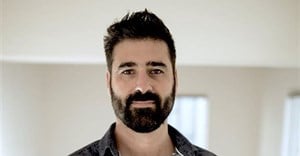