13 Nov 2020 | Email | Print |  PDF
Claire Bisseker, a journalist at Financial Mail, has been named Sanlam Financial Journalist of the Year 2019 for an outstanding analysis of South Africa's complex economy.
Reports on, among others, South Africa’s fiscal unravelling, Tito Mboweni’s impossible choices and a Reserve Bank Governor profile, saw Bisseker secure the award amid stiff competition. The Sanlam Awards for Excellence in Financial Journalism took place at a socially distanced gala event on Thursday, 12 November 2020 at Capital on the Park in Sandton, Johannesburg.

Bisseker also won the Economy category. She is a regular contender in the competition having won the financial journalist of the year award in 2013 and as a joint winner in 2014.

The African Growth Story award, which has grown in stature since being established in 2013 and attracted the most entries for the second consecutive year, went to Tom Collins of African Business Magazine in Kenya. The first runner-up was Caleb Ojewale of Business Day in Nigeria, and the second runners-up prize was jointly awarded to Isaac Anyaogu of Business Day in Nigeria and Omar Mohammed of Reuters News in Kenya.


Open to all journalists who practise in Africa, the African Growth Story prize recognises stories covering the significance of business and investment on the continent. Entries should focus on the growth of the continent in terms of investments, infrastructure development, economic progress and related topics.

This year a total of 113 entries were received for the awards, which were established by Sanlam 45 years ago in a bid to recognise and reward exceptional financial journalism. The work judged was all produced in 2019, before the Covid-19 pandemic, and spans the African continent.

Sanlam Group CEO Paul Hanratty says: “A vibrant society needs strong media. In Africa, financial journalists have a profound impact in keeping us informed, helping to uncover corruption, tell our strong growth stories and act as watchdog for companies, government, markets and economy. Against a background of change within their own industry, we commend the outstanding work these professionals do and look forward to continuing our support of the industry.”

The Newcomer of the Year award went jointly to Thando Maeko of Mail & Guardian and Donald Magomere of Kenya’s Financial Times. Both demonstrated a vibrancy and poignancy in their storytelling on various topics ranging from investment to the economy.

The 2019 Lifetime Achievement Award went to Caroline Southey. Over a period of more than 20 years, Southey has served as an editor, media strategist, financial journalist, speechwriter, communications specialist and contributor to government policymaking. She is also passionate about mentoring and motivating novice business journalists wherever she practices the journalism profession. Caroline continues to contribute to journalism as editor of The Conversation.

Nixon Kariithi led the independent judging panel for the first time this year and was joined by Paula Fray, Xhanti Payi, Ylva Rodny-Gumede and Ulrich Joubert. New judges, bringing diversity and extensive experience in pan-African journalism, joined the panel this year and they were Angela Agaowike based in Nigeria, David Moepeng in Botswana, Tom Indimuli in Kenya, and Richard-Stovin Bradford based in the United Kingdom.

Commenting on Bisseker’s achievement as the overall winner, Kariithi says the award recognises the collective value brought to the financial journalism profession by an outstanding individual for consistent professionalism, influential reporting and inspirational contributions. “What made Claire stand out was her ability to pick the key stories in the news cycle and convey these to the public in a way that helps readers have a deeper understanding of the issues prevailing in the South African economy and beyond.”


The full list of winners and runners-up across categories were: 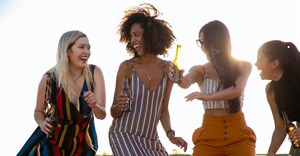 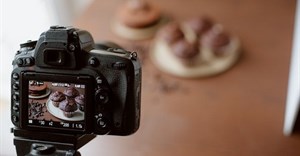