14 Nov 2019 | Email | Print |  PDF
The winners of the 2019 SAB Environmental Media Environmentalist of the Year Awards were recently announced at the AB InBev headquarters in Johannesburg.

BREAKING: STROOP wins the prestigious @SABreweries Environmental Media Award and rhino rehabber, Karen Trendler @Workingwild (one of the characters in STROOP) won Environmentalist of the Year!
Thank-you for this incredible recognition �� pic.twitter.com/WGdHxPhszj

For the first time, the SAB Environmental Community Award, recognising community-based environmental projects, was given to environmental scientist and author Fortunate Phaka, for his frog handbook, the first to be written in isiZulu and English, with input from local community members in KwaZulu-Natal.

Last night I became the winner of the inaugural SAB Environmental Community Award at the 2019 edition of the @SABreweries Environmental Media & Environmentalism Awards. Motivation to keep going and a great way to end the year. pic.twitter.com/WzXtUZqXOm

“This award is aimed at helping those on the ground make a difference in communities that are affected, more than most, by daily environmental challenges,” said Zoleka Lisa, SAB VP corporate affairs and sustainability SA.

Commenting on the awards, convenor Katy Katopodis commented on the current environmental crisis the world is facing saying: “There’s never been a more important time to for journalists to write stories about this critical issue. The environment has a direct impact on every aspect of our economy and our lives and we encourage all journalists to keep writing about the catastrophic effects of climate change.” 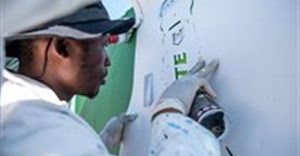 The Media KrateThere's advertising and then there's art. This happens when you perfect both26 Jul 2022 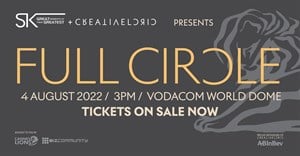