9 Oct 2015 | Email | Print |  PDF
"There is a science to what I do. It's about exploring heritage and turning it into something that people haven't seen before." - Laduma Ngxokolo
On 11 October on SABC 3 at 7:27pm, 21 Icons will feature the sixth icon of its third season: award-winning textile and knitwear designer Laduma Ngxokolo.

21 Icons traces South Africa's history over the course of its three seasons, moving from the fight for freedom to the country's growth during democracy, and concluding with a vision of the future. 21 Icons is a celebration of individuals who inspire multitudes through their impact, integrity and influence.

This season has been envisaged as a tribute to the country's future, shedding the spotlight on youth icons all under the age of 35. Their energy and drive has been captured in coloured portraits; a major departure from previous seasons which featured black-and-white fine arts portraits.

Ngxokolo has been selected for 21 Icons South Africa Season 3 for using traditional Xhosa beadwork motifs and patterns, to celebrate the rich heritage of the Xhosa culture through providing traditional clothing for Xhosa initiation rituals.

For the portrait The Explorer, Ngxokolo is photographed wearing his garments while seated on a white horse in the middle of Long Street in Cape Town. Playing on the idea of a rural boy delivering his wares to the city, the portrait delivers a striking blend of modern and traditional, and speaks to a generation navigating the combination of both. 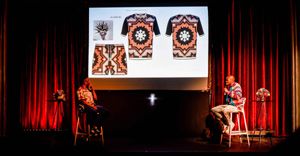 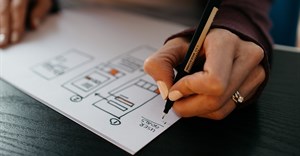