14 Aug 2008 | Email | Print |  PDF
The Association for Communication and Advertising (ACA) is opening its doors and welcoming all interested parties to attend a significant milestone in the history of the association: its 61st AGM. The meeting will be held on Tuesday, 26 August 2008, at the historic venue of Liliesleaf Farm in Rivonia, Johannesburg.
“Having our AGM at Liliesleaf serves as a reminder to our members who are also subscribers to the MAC Charter, that we, as an industry, are committed to transformation. We chose Liliesleaf because of its heritage, history and legacy. The farm is uniquely connected with the Rivonia Trial which today represents the essence of the struggle against apartheid,” explains Odette Roper, CEO of the ACA.

Liliesleaf Farm was a secret venue for meetings and a place of shelter for the likes of Nelson Mandela, Govan Mbeki, Walter Sisulu, Ahmed Kathrada, Bram Fischer, Joe Slovo, Ruth First, Raymond Mhaba, Rusty Bernstein, Bob Hepple, Harold Wolpe and Denis Goldberg, who met there to debate political and military policy and strategy during the struggle against apartheid. It was at Liliesleaf Farm where Mandela and others were discovered during a police raid on the farm, subsequently tried in the Rivonia (Treason) Trial and later spent over 25 years in prison. 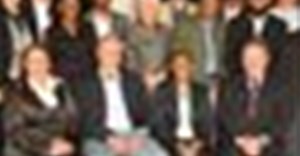