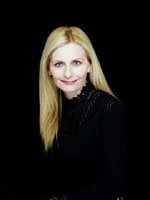 Wertheim Aymes will be responsible for harnessing FNB's decentralised business model and ensuring there is a cohesive media strategy.

Driving enhancements in business is nothing new to Wertheim Aymes. She was responsible for realising a R1 billion advertising turnover for Johncom Media's (now called Avusa) Newspaper and Digital assets for the period 2006, which represented a growth of 26% over the previous year.

“FNB is a respected market leader in terms of innovation and this is one of my primary reasons for joining the bank. I hope to create synergy between FNB's focus on innovation and my media skills to enhance their effective communication to market,” says Wertheim Aymes.

Wertheim Aymes has a broad range of publishing experience, from editorial, marketing, publishing and advertising sales. The South African media landscape is complex, but there are infinite opportunities for innovation.

“There are a multitude of challenges facing media owners with an ever increasing rate of media fragmentation which is impacting on the return of advertising investment, but also creating new and exciting media opportunities. 2008 will hold special challenges in terms of media decision making, not least of which the massive increases in television rates over the past quarter and more tabled to come, the over-inflation of magazine circulation figures following ABC irregularities at Media24 and of course load shedding, which has added a whole new dimension to media plans,” she says.

“The recent introduction of the Outdoor Ratings by SAARF is a positive milestone for the industry and benefit to marketers. However, the real milestone in media this year will be digital. For the first time ever, it's forecasted that Internet ad spending will exceed 10% of global ad investment in 2008. In % terms, Internet growth is exceptional; however in real revenue digital media is still dwarfed by more traditional media leaders. In 2007, digital advertising in South Africa grew by over 60%. There are positive indications that local traditional media owners, are rising to the challenge of harnessing digital and mobile opportunities.

“There are also other operators gearing themselves to perfecting the mobile advertising model. After all there are around 30 million people in this country with cellphones. Despite progress being curbed by a lack of access to broadband technology, South Africa's E & M industry is one of the fastest-growing in the Europe, Middle East, and Africa (EMEA) region. The local growth momentum will also be accelerated dramatically with the hosting of the 2010 [FIFA] World Cup.!”

Success a result of business philosophy

Wertheim Aymes believes her successful career has been a result of her business philosophy. “I am a doer. There must always be a healthy balance between strategising about a concept and making it happen. You also have to guard against experience standing in the way of learning about new things. It's really important to open one's mind to new challenges and ideas, by committing to being a lifelong student.”

Comments Derek Carstens, FNB brand director, “FNB is a company that is driven by strong values. We welcome Gisele to the team and believe she will be a perfect fit to the team as she has always exhibited strong ethics, integrity and values.”

Wertheim Aymes career highlights include, winner of the International Press Distribution Awards for best International magazine launch for Elle, as well as over 30 local awards for magazine publishing excellence (PICA/Mondi). In addition, she was elected chairperson of the Magazine Publisher's Association of South Africa (MPASA) 2003 – 2005. 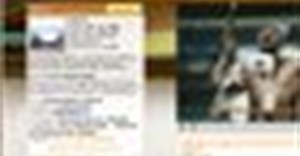