The successes of the Group’s newly acquired partners - which include Dalmatian Advertising, also acquired by M&C Saatchi PLC in mid 2016, and digital agency Creative Spark - have fuelled a large part of this growth.

“The M&C Saatchi Johannesburg Group is extraordinarily well positioned as we head into a new year with fresh challenges and opportunities, and I am thrilled to be at the forefront of the journey ahead,” says Mpufane. “The role of any leader comes stacked with challenges and responsibilities, but I’m confident that I can steer the Johannesburg group of companies onto a course of further growth and innovation.”

Digital agency Creative Spark has been somewhat of a standout success thus far, achieving year-on-year revenue growth of 28% in F15/16, as well as 300% overall growth in its Johannesburg office over the same period. The agency had some key account wins in 2016 and early 2017, including Kimberly Clark, Naspers Academy, Medscheme/Afrocentric Health and the Women’s Development Bank.

Following on several key account wins, Dalmatian Advertising has grown from 11 to 20 people since it was acquired in July 2016. The agency’s new accounts include Twisp, GO Health and Healthy Living Alliance (HEALA). It also has a successful long-standing relationship with MiWay Insurance.

M&C Saatchi Connect had a remarkable year, achieving a 40% year-on-year increase in both revenue and profit. The agency landed six new accounts, including Continental and HEALA.

“Despite a challenging macro-economic and political environment, the M&C Saatchi Group of Companies had an amazing year in 2016, and we are excited to see what the new leadership paradigm will do for this highly motivated and dynamic group,” adds Mike Abel, M&C Saatchi Abel ‎chief executive partner.

Notably, M&C Saatchi Africa is fast expanding its presence on the continent, where the agency is now represented in 20 countries through its affiliate network. The agency landed the Heineken account for multiple markets across Sub-Saharan Africa, a major coup in such a competitive category.

“The M&C Saatchi Abel Group of Companies can briefly reflect on a remarkable period of growth – as well as directly forward to an exciting and interesting path ahead,” says Abel.

It is at the heart of everything we do. From creative thinking to creative work. From how we are structured to the systems we use. Brutal Simplicity runs through the culture of every single one of our offices, all around the world.
About Us | News | Contact
Read more: Jerry Mpufane, Alan Bell, M&C SAATCHI Group 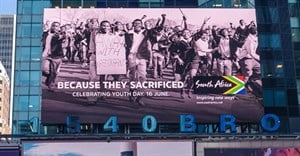 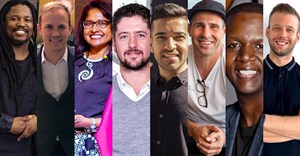 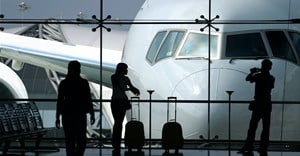 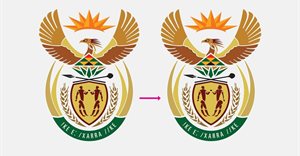