By: Dave Nemeth
In 2012, after much research, we at Trend Forward presented the future of marketing trend presentation to a small group of around 50 individuals across a broad sector of industries, including advertising, retail, marketing and few photographers.
Amongst the topics was the need for brands to stop stereotyping and to rather appeal to the greater population, especially in fashion.

In 2011, we had started to see the image of bigger bodies across a host of international publications, with the likes of Anansa Sims doing campaigns for Vassarette, Kohl's, Kmart and Forever 21. Candice Huffine was one of three women who appeared in the June 2011 issue of Vogue Italia. Other models getting high-profile exposure at the time included Fluvia Lacerda and Ashley Graham. As much as my audience at the time appreciated the gesture and the images that were presented, it was met with mostly sceptisism. It was believed that local brands and retailers (especially the larger ones), would not buy into this concept and that if they did, they would not receive positive reaction from the broader population, should they ever go this route.

Whilst we are on par in many respects, in adopting trends and leading with innovation, our retail sector has always been a slow adopter and still tends to lag behind our American and European counterparts. For years, Trend Forward has been saying that the retail sector needs to take a bolder approach and stop sitting on the fence, consumers buy into authentic stories and there is no longer a place for wishy-washy brands.

That’s why it was with great excitement that I stumbled across the rebrand and new ad campaign for Jet #JetLoveYourself. The newly branded tagline reads feel good fashion for everyone. The brand rejuvenation entered the market place surprisingly quietly with little notice from many, whilst the new lingerie ad steps up to the plate and is beyond any expectation I had for this brand, which falls under the Edcon stable. I personally think this is one of the best local retail campaigns I have seen in years and according to my post on Facebook, so do many others:

Did anyone notice the Jet rebrand? Are they the first SA retailer to use plus sized models for lingerie? NICE ONE Jet...

The amount of interest this received proves that Jet has certainly hit the nail on the head.

The campaign was created by an agency I have a lot of respect for – Joe Public, who have once again proved why they are at the top of this particular food chain.

As good as this campaign is, there will be many challenges ahead that will need to be seamless in order to fully gain the traction and more importantly additional market share from the rivals. Some of these will include:

- Having sufficient stock and sizes for curves in all stores.
- Having visual merchandising that supports this campaign. Will we see larger mannequins?
- It’s always a challenge finding sizes within a large depth of product sizes, so the display units will have to be accommodating.
- Knowledgeable and helpful staff – an issue very few of the large fashion retailers are getting right.

With Jet having started this year off so strongly, it will be interesting to see what their competitors come up with. I can only guess that looking at history, these competitors will try and tell this same story in their own words and, in doing so, position themselves as followers. We believe they will have to dig exceptionally deep and spend a lot of money on something incredibly innovating.

Jet, you have touched the hearts of the public and we commend you, now get the whole strategy right and we look forward to a new leader within the South African fast-fashion industry.

A leading blue chip international company recently identified Dave as one of the top creative influencers in the country. Dave Nemeth is a qualified designer who has held a variety of senior as well as executive positions with some of the countries leading retail groups, spanning a career of twenty years. Email Dave at az.oc.enilnodlrow@nevad, follow @davenemeth on Twitter and connect on Facebook.
Read more: Jet, Dave Nemeth, Trend Forward 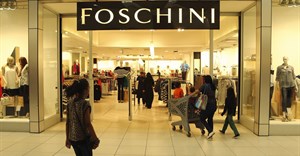 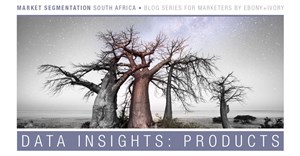