26 Jul 2021 | Email | Print |  PDF
By: Terri-Leigh Cassel & Mike dos Santos
It wasn't until the 1950s that the concept of culture was first applied to the business world, and it has been spoken about tirelessly since then. Seven decades on, a burning question remains: do we know what organisational culture actually is?
Established beliefs around ‘culture’ have long upheld the archetypal parent-child dynamic as the ultimate model for maintaining control within an organisation and driving desired human behaviour to achieve business goals. At the heart of this approach lies the use of fear, reward, punishment and conformity, which essentially enforce a dependent (or rather, co-dependent) relationship with employees.

While this almost cult-like mindset may have served its purpose during the first three industrial revolutions, and for many organisations even in recent times, it is failing to serve the profoundly changed and still changing world we live in today. The era of the ‘organisational cult’ has come to an end.

So, what does the future hold?

Today, people are seeking greater flexibility, fulfilment, purpose and personal growth through their work. No longer willing to tolerate top-down approaches that undermine their abilities, identities and rights (effectively treating them like children), today’s workforce is motivated by the freedom that can only come through adult-adult relationships with prospective employers.

Covid-19 has proven to be an eye-opener in this regard, with countless organisations worldwide being forced to confront their fear of losing control over employee behaviour through remote working – a true test for the regimented, clock-watching organisational cults of the old world.

As we now also know, research has proven that purpose-driven organisations – the Apples, the Googles, the Amazons and many others – enjoy a distinct growth advantage in today’s world. What sets these organisations apart from their peers is their ability to use purpose as a driver for culture, underpinned by belief. This means getting the right people on the metaphorical bus, all facing in the same direction, and equally invested in the organisation’s reason for being from a place of shared belief. People then become the most critical component in delivering on the purpose. Purpose is the motive. Profit is the outcome.

How, then, should businesses use culture to deliver on purpose amid the Fourth Industrial Revolution? The answer lies in creating a culture of healthy adult-adult relationships, rather than a ‘cult’ based on the toxic parent-child model. Let’s explore the fundamental differences between these opposing world views.

Cult is about fear. Culture is about trust

Leaders who assert dominance and command their people through fear often, themselves, come from a space of deep-seated fear: the fear of losing control, material wealth and relevance. Fear, in turn, fosters anxiety among employees, impacting on the quality of their performance and causing people to lose sight of the so-called bigger picture. Indeed, if both parties are operating out of fear, there can be no real growth. Paradoxically, this also paves the way for deception and avoidance of important issues as people are too afraid to speak up for fear of being reprimanded or shamed.

In this regard, there is a significant difference between disciplining and upholding a culture of discipline. Where a cult of fear focuses on instilling obedience and disciplining those who deviate or don’t perform, a culture built on mutual trust, responsibility and discipline provides a safe environment in which employees and businesses alike are able to learn, develop, innovate and grow. By letting go of fear and allowing for two-way feedback, a culture of trust also engenders loving honesty and mutual accountability. Fear drives a focus on self-preservation, but trust shifts the focus to personal and organisational growth.

Cult is about conformity. Culture is about diversity

Consistency holds many benefits in the business world, but conformity is not a synonym for consistency. Conformity is about rigidity, and it creates ‘sameness’ within an organisation – sameness in perspective, execution and outcomes – stifling individuality, creativity and growth. A cult of conformity shuns original thought and favours conditioning, forcing people to subscribe to a set way.

While this may have had its value in the wake of industrialisation, it is not future-proof for businesses seeking to compete in an evolving world where innovation drives relevance and competitive advantage – the type of innovation that can only come from fully embracing diversity.

The business power of diversity lies in drawing on different people to drive innovation and growth. A culture of diversity builds openness and increases inclusion. In doing so, organisations are able to stretch beyond the familiar, therefore opening their minds to new ways and new opportunities that would otherwise have been missed. Conformity and exclusion impose limitation, but diversity enables freedom.

Drawing on the strength of diversity also enables greater vision and focus as individuals with varying talents and perspectives are able to do what they do best while rallying around and working towards attaining a shared purpose.

Cult is about dependence. Culture is about growth

By virtue of how they operate, cults inculcate a sense of dependence and absolute reliance among their members. In an organisational context, this co-dependence results in a lack of critical thinking with regards to problem solving by employees, which (ironically) becomes a point of frustration for leaders. At the same time, overdependence can shift the organisation’s focus from excellence to perfectionism, reinforcing fears of failure. Therefore, creating dependence actually does a disservice not only to individual growth but to business growth, too.

Part of being human is embracing the fact that we are not perfect. By creating a growth environment, where failing forward in the pursuit of the organisation’s greater purpose is encouraged, culture can become a meaningful contributor towards bottom-line growth. The onus is on today’s leaders to inspire and nurture independence (rather than the self-limiting comfort of dependence) to catalyse critical thinking as part of a growth mindset, which then accelerates business growth.

Cult is about force. Culture is about power

There is a vast difference between force and power. Force is about maintaining control through restriction and imposition, but power comes from within – something that needs to be cultivated. In other words, a cult driven through force relies on indoctrination and the use of ‘carrot-and-stick’ motivation, which lays a framework for conditional relationships. On the other hand, culture ignites power by tapping into higher consciousness, embracing reason and acceptance, and bringing out the greatness in people, which fosters symbiotic relationships.

When organisations default to parent-child control as a means of driving their goals, it actually becomes counter-productive – even self-sabotaging for that matter. This promotes fear, blame, restriction and uncertainty, which builds resentment. And, in turn, it detracts from the vision of the organisation, firstly because employees are too busy sweating the small stuff, worrying about conforming at the expense of creating, while leaders are too busy focusing on maintaining control and self-preservation. All the while, neither is focused on the end goal: working towards collective growth – growth of employees in the business and growth of the business itself.

In contrast, an adult-adult approach to organisational culture places people’s focus on what matters: the business’ purpose. When business purpose meets personal purpose, people are energised, which leads to greater engagement levels, higher motivation, productivity, critical thinking, a solutions mindset, healthy debate, teamwork, creativity, agility and, ultimately, growth. This is the way of the present and the future.

Now, ask yourself this: are you building a cult or a culture?
NextOptions
›
Email Print PDF 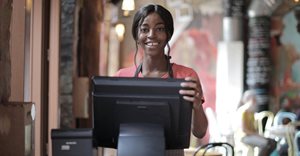 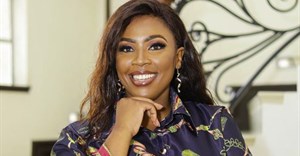 Keeping company culture alive in a time of coronavirus3 Apr 2020 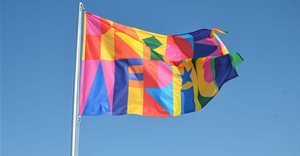