By: Bonga Mpungose Smanga
The 18-24 urban youth space is one that many brands have struggled to crack because the audience is very a fickle and hard to please market with more access to information than any other generation. The access to information gives Gen-Z the advantage of having a wide variety of services and goods to pick from and spend their money on what they deem valuable to them.
This has become a very important audience for brands to invest in and ones that are able to reach and appeal to them stand to benefit a great deal in the future. This is a tech-driven generation who is breaking all the rules of how things are traditionally done and are doing things their own way and it’s important for brands to understand this. Influencer marketing is the new ‘wave’ as centennials would refer to it in urban street colloquial terms and brands that are doing it right are reaping the benefits of being able to influence consumer behaviour and sway them to buy into their offering.

One of the reasons spaces like Braamfontein Johannesburg have become so popular is because it’s transformed into a creative arts hub and a melting pot for young creators in fashion, music and arts space who are moving urban youth culture forward.

In the past, we’ve seen brands like Power Play Energy Drink through their ‘Griffin Sessions’ Events take advantage of this growing creative space. We’ve also seen brands like Absolut Vodka follow suit and playing in the space at an even larger scale through the “Absolut One Source Live” events. Nando’s is also an active player in the space and has been for numerous years through their sponsorship for the annual Nando’s ‘Basha Uhuru’ Event in partnership with Constitution Hill and their various ongoing programs and initiatives in support for local arts scene and artists.

2020 has seen the creative niche arts space become even ‘cooler’ because of its endorsement by urban centennials who are essentially tastemakers and drivers for ‘cool’. Events like the Annual Cotton Fest which incorporate the arts, fashion and music hosted at The Station in Newtown and already on its 2nd installation have become the epitome and essence of urban youth culture and a reflection of what Gen-Z is all about.

Kwesta, AKA, and 80 unique acts to perform at Riky Rick's Cotton Fest

I've identified three young urban creatives we believe are a personification of the new ‘cool’. I believe brands that are looking to influence the 18-24 ‘Braamie’ as they are referred to in the boardrooms should consider collaborating and forming partnerships with this year.

Elaine is a 20-year-old third-year student at the University of Witwatersrand and songstress. Elaine made history with her debut 7 track EP titled Elements released in September 2019 reaching no.1 on Apple Album Charts making her the first independent South African music artist to achieve this. The project already sits on more than 2.5 million streams making the R&B songstress a force to be reckoned with. Elaine has also been featured on international shows such as the Joe Budden podcast and Ebro Darden’s radio show.

The young creative has already created video content in partnership with Sportscene on a campaign promoting Nike Sportswear Air Max 90.

Lesedi Riba popularly as Macc Gee is a 22-year-old fashion stylist designer and model. ‘Drip’ is an urban street colloquial term used by ‘Braamies’ when referring to clothing or fashion and is an important part of the culture. Macc Gee is at the forefront of this with more than 170,000+ Instagram followers and an average of 2 000+ engagements per Instagram post he is arguably one of the most influential menswear fashion influencers amongst his peer group in 2020.

His most recent brand partnership campaign was the Steers ‘Hit A Lick’ #Phandapreneur online series collaboration between urban youth digital publisher, Zkhiphani and Steers. Prior to this Macc Gee has worked with brands like Palladium, Timberland, H&M, Superdry, Puma and Cotton On to name a few.

Vincent Mphofu popularly known as Uncle Vinny is an 18-year-old actor, radio presenter and events curator. Uncle Vinny, alongside international rapper YBN Cordae and singer DaniLeigh recently partnered with Puma for the Puma Fast Rider Sneaker campaign making him the youngest South African to be featured on an international Puma campaign. Uncle Vinny was also the host of Cotton Fest 2020 organised by Riky Rick and shortly after this was featured on the Steers ‘Hit A lick’ #Phandapreneur video content series in partnership with Steers to help promote the Steers Phanda Meal alongside Macc Gee and food vlogger, Luyanda Mafanya.
NextOptions
›
Email Print PDF
Follow

Bonga Mpungose is the co-founder and New Business Director of FRESH AF a business to business and business to consumer branded content and content marketing specialist. The business has over 11 years of experience in the field with clients that range from SOEs to blue-chip private sector businesses. Fresh AF is also the publisher of Zkhiphani, SA Creatives and Mgosi it's own in house publications serving over a million-plus page-views and impressions across it's network on a monthly basis.
Read more: generation z, Bonga Mpungose Smanga Who coached it best? The battle for Steve Komphela2 days ago 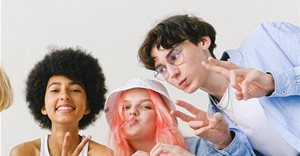 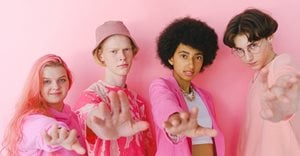 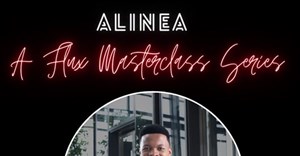 #FluxTrendsMasterclass: How brands can connect with Generation Z23 Oct 2020