By: Lauren Hartzenberg
If you're searching for proof that retail as we know it is changing, look no further than Shanghai's 24-hour, unstaffed, self-driving grocery store Moby Mart. It's solar-powered, offers drone delivery for door-to-door convenience, utilises artificial intelligence in its navigation systems and even filters smoggy air into clean air while doing its rounds. According to trend forecasting agency Flux Trends, Moby is a tangible manifestation of where the future of retail is headed.

If you’re in need of further convincing, consider the number of former retail darlings that met their end in 2017. Locally, Stuttafords shut its doors in August, while the House of Busby closed all Mango and Nine West free-standing stores earlier in the year. Globally, J.C. Penney and Macy's together experienced hundreds of store closures and Walmart shed roughly 18,000 jobs.

“There is blood on the retail floor,” says Dion Chang, founder and strategist at Flux Trends. He was speaking at a presentation in Cape Town late last year that shared insights from the company’s ‘The New Rules of Retail, Once More with Feeling’ report.
“It's a perfect storm that's been brewing in the retail sector,” he says. While the country’s sluggish economy is certainly a factor, Chang maintains there are other important trends influencing the retail shake-up we’re witnessing. Consumer attitudes are changing. They're tiring of the brand homogeny they’re exposed to in shopping malls, and warming up to the concept of transient ownership popularised through the rise of the sharing economy.

Here, Chang unpacks some of the trends driving the new face of retail.

The impact of online

Online retail may be in its infancy in SA, accounting for approximately 1% of total retail sales, but Chang warns not to underestimate its impact. “In the US, online is only 8% of retail sales but the ripple effects of this on the industry are already visible.” He warns that the disruption coming from the advent of online shopping is only just getting started.

Sales figures aside, online retail has started to significantly alter shoppers’ behavioural patterns. “We now do a lot more pre-shopping or comparative shopping online. Therefore, there's less chance of us visiting a mall to just walk around. No browsing or window shopping means no impulse buying.”

Then there's the proliferation of mobile commerce. According to the Flux Trends retail report, 99% of South Africans have a mobile phone, many of which are internet ready; this makes mobile the most pervasive, deepest reaching channel for marketing and communication. As more and more of the mobile phones in circulation become internet enabled, South Africa is approaching a massive tipping point for mobile e-commerce.

“Shoppers are saying 'we don't want an offline or online world, we want a no-line world'. What we’re seeing is that 70% of people are standing with their phones in hand while shopping, either sourcing info from social media or comparative shopping.”

The shopping mall retail model is under pressure. We have a complete oversupply of retail space in South Africa. “We're building too many malls and they're getting too big,” states Chang. He explains that for the last half century malls have functioned as a gathering point - a town square of sorts used for everything from shopping, to movies and first dates. Digitisation has killed that.

South Africa, which houses 10 million square meters of retail space, is Africa’s most saturated retail market. Out of 2,082 shopping centres in Africa, 1,950, that is 88%, are located in South Africa. In fact, according to the South African Council of Shopping Centres, SA has the 6th most shopping centres in the world. “We don't have the consumer group to support that. It’s not sustainable.”

Time Magazine estimates that 1 out of every 4 malls in the US will be out of business because of changing taste, widening wealth gap and the embracing of online. “The mall culture in South Africa is based on the mall culture in America and if you look at the trajectory of where we're going, we are where America was in 1990. And the decline of malls started in the early 2000s. We need to be cognisant of that.”

#BizTrends2018: Identity crisis - the business of being WOKE

Struggling malls are being recycled into mixed-use spaces, focused on services, rather than goods. According to the Flux Trends report, healthcare and wellness facilities and educational service providers in particular are taking advantage of decaying retail space.

Furthermore, in order to attract more foot traffic, stores are converting themselves into practical learning centres, to add value to their communities. This especially caters to the younger generation, which is actively seeking out transformative, rather than transactional experiences. “We're starting to want more than just stuff. The product is secondary.”

Converting stores into learning centres can give brands the edge. “Don't just sell me nappies if I'm a new mom or dad, use the opportunity to guide me through the experience of being a first-time parent. Don't sell me the frying pan, tell me how to use it.”

Brand museums have also risen in popularity, physically cementing the longevity and history of iconic brands. Victoria Secret, Ikea, Gucci and Yves Saint Laurent are among the brands that have launched museums over the last few years.
In an effort to provide a unique customer experience, some retailers have extended the functionality of their store by branching out into hospitality. Chang references Sonos, a music system company that partnered with cult record store Rough Trade to create a home audio listening experience inside a one-room hotel located inside the latter's Brooklyn location. That means audiophiles can spend the night with one of the best sound systems in the world with an entire record store at their disposal - and it can be booked via Airbnb.

Retail’s blind spot, according to Chang, is the township economy. South Africa’s informal retail sector is under-valued and ripe for growth. The Flux Trends report states that South Africa has around 140,000 traditional trade retail outlets. Spaza shops fall into this category and account for over R71 billion in annual sales. The sector is growing at 8% a year.

“Because everyone is squeezed, people are sourcing to buy in bulk, specifically meat. They’re going to farmers, travelling between cities and buying entire animals with families clubbing together. And there are a host of apps surfacing – like Last Mile for BoP and SpazApp – that have one thing in common: cut out the middle man and let spaza shops go directly to wholesalers. Retailers are missing out on the township economy.”

#BizTrends2018: What is shaping grocery retail in South Africa - Part 1

Look to Asia, not Amazon

If you want to know what the future of retail looks like, don’t look to Amazon, look to Asia, he urges. While Amazon is known for its high-tech innovations, their essential business model is still a very traditional one: they buy your product, add on a profit margin and then sell it on to customers.

What Jack Ma is doing with Alibaba in China is a very different approach to retail. Last year, Ma introduced a strategy that he calls ‘New Retail’, the integration of offline retail, online retail and the logistics network. “What Jack Ma does is he buys the logistics companies. In China they're not bothered with the bridging of online and offline, because for the past couple of years they've been weaving that seamlessly together.”

According to Chang, it’s also important to note that Ma has a dual purpose: breakdown trade barriers and enable business for everybody. “He wants to bring in small suppliers and uplift them. I call it philanthropic or conscious capitalism. He wants people to do well and then he wants to share the success with them.

“So while we’re still trying to bridge the offline and online in the West, China's e-commerce market is now bigger than the US, UK, Japan, Germany, France and South Korea combined! Want to see where we're going with retail? Don't go West, go East.”
NextOptions
›
Email Print PDF
Follow 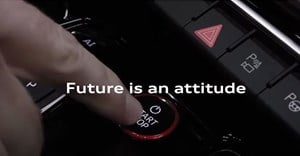 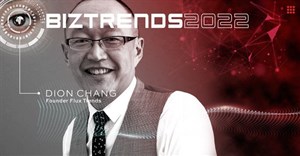 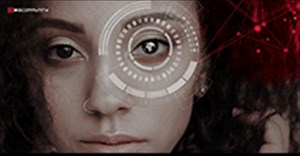 Bizcommunity.comWhat to expect from BizTrends 02.02.202231 Jan 2022
More related
Republication of selected Bizcommunity content for non-commercial purposes is allowed if the original article is linked to with "Source: www.bizcommunity.com". Please click here for more information and to request permission.
Let's do Biz