#Loeries2020: Behavioural economics as creativity, but not as we know it...

By: Leigh Andrews
It's not often that a respected industry strategist turns to a magician to demonstrate how easy it is to influence consumer behaviour, especially at a regional celebration of creativity, but that's just what the digital attendees of Loeries Creative Week 2020 learned from Stuart Walsh, chief strategy officer at WPP's Grey...

Fran Luckin, CCO of Grey Group Africa and recently elected Loeries chairperson, welcomed guests to the virtual edition of Loeries Creative Week 2020 with the words: “Creativity is the superpower that we’re going to need to get through this next year at least, whether it’s finding a vaccine or whether it’s solving our clients’ problems in lockdown, creativity is really the thing that we’re going to need in the world.”

Walsh took this a step further in his Loeries Conversation session on the final day in the ‘WPP Webinar’, describing behavioural economics as creativity, but not as we know it. This is indeed a ‘Grey’ area and not at all black and white, especially when it comes to the field of behavioural economics, which has taught us the best creativity is often triggered by the smallest ideas. In fact, behavioural economics has earned three Nobel Prizes since 1976. As the place where psychology and economics interact, it’s about how we really choose, because we just don’t have the brain bandwidth to take in trivial. It’s a fascinating field of thought for marketers and advertisers alike to nurture, as the theories and ideas that flourish in the field of behavioural economics have unearthed how you can actually bring about remarkable change any time humans need to make choices. That, after all, is the marketer and advertiser’s ultimate end-game.

Just put on your ‘shopper hat’ for this strategy to sink in a little easier. Consider the fact that there are more items on most supermarket shelves than in the average school leaver’s vocabulary. That there are over 30m books available on Amazon.com. That we often feel paralyzed by too much choice on the menu. Because as much as we like to think that we want more options, there are certain neurological limits on how much choice we can handle and how much competing information we can prioritise. The conscious part of the brain can only handle one concept at a time, so the rest of it slips through the neural net of consciousness. That’s why your 100-slide pitch strategy deck may not have the impact you intend.

Because humans are nothing if not innovative. Life hacks abound, but many of these clever alternatives also take place internally, without us even realising it. We’ve developed mechanisms to help us decide in advance what to pay attention to, with experiments like Simons and Chabris’ ‘Invisible Gorilla’ or ‘Monkey Business Illusion’ selective attention test of 1999 putting this in the spotlight. We recommend you watch this overview for the rest of this article to make sense:

So, with our strategist fedoras back atop our foreheads, we may think everyone wants more choice, especially when we hear focus group feedback, but for the most part, too much choice turns out to be experienced as suffering rather than as pleasure. As marketers, we take this a step further in trying to encourage certain thoughts under the pretence that people think like Einstein, store as much information as the IBM Blue and can be as rational as Gandhi, but that’s just not true.

That’s not to say advertising is a waste of time, it’s just not being processed the way most of us picture it. Ideally, the industry needs to revisit Daniels Kahneman’s concept of system 1 and 2 thinking. Most decisions are still made by automatic thinking, even the more complex-seeming, life-changing ones like which car to buy. It’s a form of snap judgement based purely on heuristics or rules of thumb; on unconscious mental shortcuts that come into play when we shop.

But creatives can give the process a nudge. Because to speed up the decision-making process, the brain relies on these mental strategies to lighten the cognitive load and free up mental resources were needed. Clever as that seems, there’s also a trade-off as relying on heuristics means we let cognitive errors slip through the cracks.

Luckily, a dash of creative cleverness can make the most common heuristics work for your brand:

The easier it is to think of something, the easier it is to convince yourself that it’s the correct answer or most important aspect. We mistake the ease of imagining a certain example for meaning it’s accurate, so the brain will therefore place more value on this ‘choice’, even if it’s incorrect.

With repetition and visual language, certain cues come more easily to mind – some subtle, some not. This is best demonstrated in mentalist Derren Brown’s ‘A Toy's Story’ example. Watch to the end to hear how he subtly made the person assisting in the episode make the decisions she did.

This is best demonstrated with the toss of a coin and the chance of it landing on either side, or the fact that you stand just as much chance of winning the lottery with the numbers 1,2,3,4,5 and 6 than you do with any other group of six numbers. Both are totally random events, but the brain can’t abide randomness. Watch the gamblers’ fallacy example of this in action the next time you visit a casino.

You can exploit this by making your brand resemble other products already seen as good quality or top choices – just think of all the beer brands sold in green bottles. Coincidence? We think not. It’s effective, as nearly 75% of shoppers use the representativeness heuristic when making decisions.

From the first day you step into an agency you’re told that it’s not just what you say, it’s how you say it. As a consumer, if you know to expect something specific, like the ‘Invisible Gorilla’, you’ll keep an eye out for that and that alone, to reward yourself for ‘getting it right’. But the industry’s smarter than that.

Walsh concludes: “When you’re looking for that gorilla you’ve been primed to expect, you’ll miss other important events – that’s the real creative illusion.”

Read more about it:

Leigh Andrews AKA the #MilkshakeQueen, is former Editor-in-Chief: Marketing & Media at Bizcommunity.com, with a passion for issues of diversity, inclusion and equality, and of course, gourmet food and drinks! She can be reached on Twitter at @Leigh_Andrews.
Read more: Loeries, Grey, Fran Luckin, Leigh Andrews, Loeries Creative Week, Stuart Walsh, Loeries 2020, Loeries Creative Week 2020 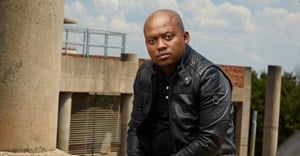 #Loeries2022: Sibusiso Sitole - Inspiring creativity across Africa and the Middle East1 day ago 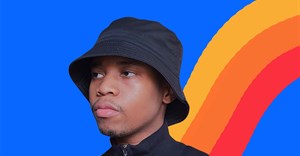 #Loeries2022: Head art director Sinenhlanhla Chauke on not being afraid of rejection8 Sep 2022 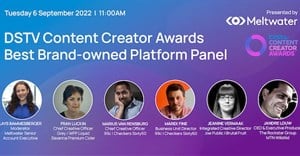 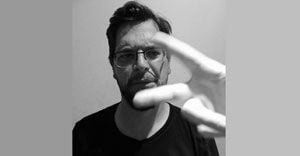 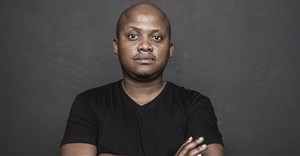