18 May 2005 | Email | Print |  PDF
The electronic measurement of radio is fast gathering momentum, according to the recent European Media Research Organisation (EMRO) conference, hosted in South Africa by SAARF.

Various EMRO countries reported that tests are going ahead to switch from the traditional diary method of recording radio consumption, to electronic meters, a change which SAARF CEO, Dr Paul Haupt, has no doubt will happen within the next five years.

The change to electronic measurement however, has sparked a debate about which method produces a better result. Measuring radio electronically is not just a new methodology, but produces a new currency for the medium.

With the diary method, people make a conscious decision to fill in the station they have listened to, which Piet Smit, SAARF's chief technical officer, says some researchers feel makes these respondents 'true listeners'. The electronic device on the other hand, picks up any radio broadcast to which the respondent was exposed, even if the person wasn't consciously listening. This is so-called passive technology, where the respondent does not need to take any action.

Smit feels that the debate among researchers about which method is better is far from over: "Some support the active method of filling in a diary, such as for RAMS, while others are behind the passive method heralded by the electronic radio meter. The latter method is certainly useful when it comes to accurately tracking listeners' skipping between channels, such as when travelling in the car. Respondents are hard-pressed to remember which channels they listened to, and for how long, in these situations."

Haupt adds: "Electronic measurement will become the pure currency of radio, giving you unbiased opportunities to hear. It is definitely the future for radio audience measurement and South Africa will have to seriously consider making the change in the next few years." 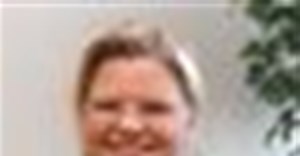