16 Sep 2019 | Email | Print |  PDF
Issued by: Business and Arts South Africa
The adjudication panel for the 22nd annual Business and Arts South Africa (BASA) Awards, partnered by Hollard, has been announced. The independent panel of professionals, with expertise in the business and/or arts, has been tasked with judging entries in 11 categories (Innovation, First Time Sponsor, Increasing Access to the Arts, Beyond Borders Partnership, Long Term Partnership, Media Sponsorship, Strategic Project, Small Business Award, Sponsorship in Kind, Development and the Cultural Tourism).

"The awards, which promote mutually beneficial partnerships between business and the arts, aim to encourage excellence and innovation in this area, and also shine a spotlight on the diverse and imaginative ways that businesses partner with creative projects, events and initiatives," explains BASA Head of Marketing, Savannah Feeke. "They are South Africa’s only awards system that recognises and celebrates business-arts partnerships and that makes them truly unique," she adds.

"The arts form a significant component of the soul of any society," comments Chairperson of the awards panel, Kojo Baffoe. "They enrich in ways that go beyond the aesthetic and have a role in the development of communities and society. At the same time, art without the support of both the public and the private sectors will always fall short from a development perspective." he says. "I am always enthused by the depth of the support and the variety of projects. One thing that has always stood out is how the partnerships are about real support as opposed to merely doing it to ‘look good’ from a business perspective." Baffoe is an entrepreneur, writer, facilitator, content architect, former magazine editor, former radio talk show host and speaker, who has worked in and run businesses in a range of sectors including retail, management consulting, publishing, events, IT and media, including television and print. Kojo, who has a B.Commerce degree, was poet laureate for the Gordon Institute of Business Science and, in the early 2000s, was involved in the poetry scene. This is Kojo’s seventh year as part of the BASA Awards judging panel, and the second as its Chair. The other judges on the panel include:

Writer and editor Christina Kennedy currently works at Flow Communications in Johannesburg. An experienced journalist and media trainer, Christina was arts editor for the Citizen for seven years, and has written for the Sunday Times, City Press, Business Day and many other publications. She is passionate about arts, culture and travel and, in addition to her BASA judging duties, was an adjudicator of the Naledi Theatre Awards, as well as the Student Awards and the Ovation Awards at the National Arts Festival, for many years.

Khanyi Mamba is the Marketing Communications Manager for Sub-Saharan Africa at Cambridge International, an international education organisation. In this role, she is responsible for overseeing the company’s marketing, events and public relations activities across 28 countries in the region. Khanyi has more than 14 years’ experience in marketing and public relations, and has previously held marketing and communication roles at DHL Express, Pirelli Tyre and Sun International. She currently serves as a BASA Board member.

Lerato Matsoso is the Entertainment and Lifestyle Editor of the Daily Sun and the Sunday Sun, a position she has held since 2013, after working at the paper as a reporter for three-and-a-half years.

She was named as one of the Mail & Guardian’s Top 200 Young and Inspiring South Africans in 2014 among other achievements. Lerato also doubles up as the entertainment expert and commentator on platforms including Ukhozi FM, YFM, Moja Love’s TMI, SABC 1’s Real Goboza, as well as for e.tv’s Sunrise breakfast programme just to mention a few, where she presents a round-up of entertainment news. She has been on different panels tackling issues in and around the entertainment umbrella including being on panels for Google, Moshito and the South African Music Awards. The activist prides herself in uplifting communities in and around her including her initiative, The Love Care Packs, which distributes toiletries to girl and boy high school learners annually.

With more than 30 years working in the arts sector, Ismail Mohamed is currently the Chief Executive Officer (CEO) of the Market Theatre in Johannesburg. Regarded as one of the country’s foremost arts administrators, he served for eight years as the Artistic Director of the National Arts Festival Makhanda, the largest celebration of the arts on the African continent. His accolades include the Arts & Culture Trust (ACT) Arts Administrator of the Year Award, the South African institute of Theatre Technology Award for Excellence in Theatre Management, and the US State Department (Africa Bureau) Award for consistently high cultural programming. He was conferred with a Chevalier de L’Ordre des Arts et des Lettres award by the French government in 2016. Ismail is also a playwright and director.

Mokgadi Seabi is the Senior Manager of Public Relations at MultiChoice Africa, where she has worked since 2014. She has also worked as a lifestyle, arts and entertainment writer for various publications, including the Natal Witness and City Press, as well as magazines, such as True Love, Heat and Grazia. The Polokwane-born content creator holds qualifications in Journalism (Bachelor of Philosophy), as well as a BA in International Studies, both from the University of Stellenbosch. In 2003, Mokgadi was selected as one of 100 ‘young go-getters’ from Africa by Brightest Young Minds, a network that aims to make a positive social impact. Her current role allows her to travel extensively, presenting her with opportunities to ‘tell the African story’, refining the art of communicating in multicultural, multinational and multilingual environments.

Arts consultant Mandie van der Spuy’s career in the arts spans nearly 40 years. She was Head of Arts Sponsorships for the Standard Bank Group for 20 years, where she was responsible for the strategic direction, management and implementation of the Bank's arts, culture and jazz programmes. Prior to joining the Bank, she worked in theatre management, production and public relations. Mandie is now active as an independent arts consultant. She consults to ITOO Artinsure and is a Board member of the National Arts Council. Earlier this year, the French government awarded Mandie the Chevalier de L’Ordre National de la Légion d’Honneur, the highest decoration in France, for her exceptional contribution to the relationship between France and South Africa in the cultural domain. In 2014, she received an Arts & Culture Trust (ACT) Lifetime Achievement Award for arts advocacy. She serves on the boards and committees of several arts organisations, including the Gerard Sekoto Foundation, the Hermanus FynArts Festival, and PAST (Paleo-Anthropological Scientific Trust) and the French Institute of South Africa. She is also a member of the BASA Board.

The finalists for the 22nd annual Business and Arts South Africa (BASA) Awards, partnered by Hollard, will be announced in the October issue of Creative Feel magazine, and winners will be announced at a ceremony to be held in Johannesburg in mid-October. For more information please visit www.basa.co.za.

Business and Arts South Africa (BASA) is an internationally recognised South African development agency which integrates the Arts into, and contributes to, Corporate's commercial success. With a suite of integrated programmes BASA encourages mutually beneficial partnerships between business and the arts.
About Us | News | Contact 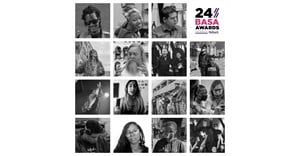 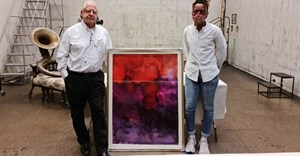 Business and Arts South AfricaStream///Meet///Explore/// - All the winners of the 23rd annual Basa Awards partnered by Hollard announced!19 Nov 2020 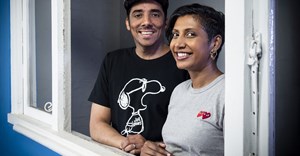 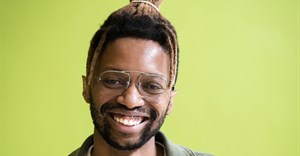 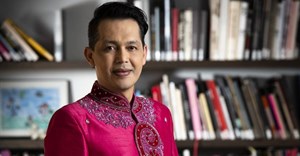