Fall of past few days could make Hyprop a bargain

14 Mar 2014 | Email | Print |  PDF
By: Joan Muller
Hyprop Investments' share price has fallen 4% over the past week‚ creating what some believe is a temporary buying opportunity for investors keen to share in the spoils of South Africa's largest shopping centres and the burgeoning consumer markets of Ghana and Zambia.

Though Hyprop (HYP)‚ the JSE's third-largest property counter‚ has long been favoured by property punters‚ the stock was starting to look expensive at recent levels of about R77-R78.

However‚ the R74.20 at which Hyprop was trading on Wednesday‚ 12 March 2014, coupled with a better than expected set of results for the six months to December‚ will no doubt return the stock to investors' buying lists.

In fact‚ Macquarie Research property analyst Leon Allison has upgraded his recommendation on Hyprop from neutral to outperform following the solid 9.5% growth in income payouts announced two weeks ago‚ ahead of Macquarie's 8.3% forecast.

Macquarie downgraded Hyprop earlier this year following the strong run in the share price. But Allison says the downgrade was a mistake. "We weren't bullish enough. Our near-term valuation was based on distribution growth forecasts at the top end of management's previous guidance‚ which has been raised by an impressive 200 basis points."

Allison notes that distribution growth would in fact have been above 12% had it not been for the dilution from the R932m redevelopment of Rosebank Mall.

"Recent results confirm once again that prime retail‚ specifically dominant regional malls‚ outperform other commercial property. And the outperformance happens in both up and down cycles."

Allison expects distribution growth to average 10% a year over the next two to three years.

He says Hyprop's above-market earnings performance is all about trading densities (turnover per square metre )‚ a key indicator of how successfully a mall operates.

"An impressive 75% of Hyprop's portfolio recorded trading densities (annualised) of more than R30‚000/m² during the six months to December. That is above the national average for regional malls as measured by the IPD (Investment Property Databank)‚" he says.

Allison says Hyprop's recent foray into other African countries also makes it the most liquid - if not the only - real estate investment trust that provides investors with exposure to large existing malls in sub-Saharan Africa.

"If managed properly and carefully‚ this could be another driver of growth for Hyprop in the medium term."

Hyprop CEO Pieter Prinsloo said at the company's recent results presentation that the plan was to increase its sub-Saharan African exposure more than threefold to about 15% of total assets.

The intention is to increase Hyprop's original African allocation from R750m to R3bn over the next five years.

In November last year‚ Hyprop acquired an 87% stake in Manda Hill in Lusaka‚ Zambia‚ for R768m‚ bringing its African portfolio of shopping centres to three.

The others are two Ghanaian properties: Accra Mall‚ in which it has a 47% stake‚ and West Hills Mall‚ of which it owns 45%. Manda Hill‚ at about 43‚000m²‚ is Africa's largest shopping centre outside South Africa.

Prinsloo said Hyprop‚ through its tie-up with Atterbury Africa‚ had acquired three more sites in Ghana and Zambia for further developments.

Hyprop's African foray is already starting to pay off‚ with the company receiving a R2.5m dividend from Accra Mall for the six months to December and R3.8m from Manda Hill.

Prinsloo said the latter presented just one month's rental income so it would be substantially higher for the next six-month reporting period.

Though Hyprop is trading at a forward yield of 6.9% versus the sector's 8.1%‚ Allison believes the premium is justified as the company offers both higher growth prospects and lower risk than most of its listed peers.

He has more than doubled his one-year total return forecast for Hyprop from 7% to 15%‚ ahead of the 12% total return he expects from the listed property sector as a whole. 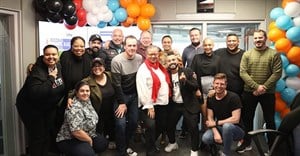 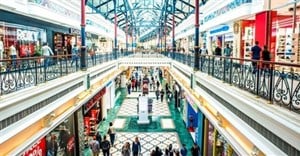 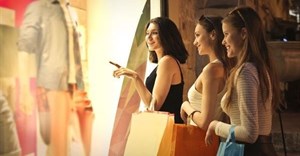 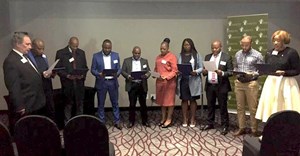