By: Danette Breitenbach
The recent IAB Bookmarks Awards brought together the industry in a celebration of great work, and the winning agencies, their clients and campaigns all demonstrate what it takes to produce great digital work. Image: Danette Breitenbach) At the Bookmarks this year Ogilvy took the top honours winning Digital Agency of the Year, and its client Volkswagen South Africa was named Best Digital Brand.

Commenting on this, Pete Case, chief executive officer and creative chairman at the Ogilvy South Africa Group says: “The competition at the Bookmarks is high. The quality of work is excellent. It provides a very valuable annual benchmark on how we’re developing as an agency and how our clients are progressing as partners.”

He says it is also meaningfully for the agency as it is an important part of a broader spectrum of feedback that every agency and client should be listening to and developing from.

“That spectrum includes other awards of course, but also the equity of our client’s brands to the business results of their products and services. And everything in between.”

All the Bookmark Awards 2022 winners!

Case believes their success is based on two key factors.

“The first being our ongoing mindset which we term ‘divine discontent’. This pushes us to continually reinvent and evolve our thinking and skills. That mindset sits behind the innovation you see applied to the work that won at this year’s awards,” he says.

The second is that digital excellence has been in the DNA of Ogilvy for a long time.

“We’ve benefited from years of learning, experimentation with models and different approaches, from the birth of Ogilvy1 many years ago and the subsequent merger of Gloo, itself a seven times digital agency of the year winner. Today the agency benefits from all these school fees and has a truly media agnostic mindset in everything that it does,” he explains.

The secret is trust

Commenting on Volkswagen’s recognition as Digital Brand of the Year last night, Case says the secret of their relationship is simply trust.

“The best work we’ve launched together has ultimately required the willingness to stretch each other’s thinking and to reach beyond the norm,” he says.

“In the Polo Game On campaign, this meant reinventing the way we used earned, owned and paid media to attract an audience that traditionally does not want to engage in vehicle product launches,” he explains.

#OrchidsandOnions: VW moves with the times

He adds that their approach was a global first, so they had no benefit of prior industry success stories and benchmark statistics to rely on.

“We relied on a mixture of our own experience, internal testing, research and a large dose of bravery,” he says.

“The increasing reality is that if any brand wants to create above average levels of engagement, then copying other brands and benchmark approaches to marketing doesn’t deliver the required results,” he adds.

Brigette Harper, head of marketing at VW SA, says the award was a surprise.

“We put a digital layer across everything that we do so I am quite happy that the award is for the entire business and not just a specific campaign. But I think that at the beginning of this year when we launched the new Polo with NFTs it did rocket things forward,” she says.

“It is about being relevant - at the right time and right place, and we're constantly trying to meet our audience where they are,” she adds.

Evolving with the market

“We evolve as the market evolves. What this means is that our knowledge and ability to think and execute exceptionally across a huge digital breadth is very strong. And the awards thankfully reflect that,” he says.

He explains that anyone who still views ‘digital’ as a separate channel to be considered as a nominal part of a marketing plan and strategy is not changing at the rate the market is.

“Everything is digital. Whether that is communication or customer experience,” he says.

For the agency, the most effective way to help their clients build their brands and grow their bottom line has been to offer them world-class ideas in the most relevant form they can take.

“And as business and consumer digital transformation and adoption accelerates, those ideas have increasingly taken digital forms,” says Ross.

One of two agencies that found great success at the Awards is 8909, a creative and strategic marketing agency that is only six years old.

Ciarán Mckivergan, founder and MD of 8909 says they are thrilled as this is the first year they have entered the Bookmarks.

He gives credit to their client Eskort for this success.

“We won consistently across the board with our client Eskort, one of the best clients I have ever worked with. They challenge us, we challenge them and the beauty in the relationship is that it is not a client-supplier relationship, it is a partnership. The better they are the better we are and that’s when you get good work. I think that is evident in our Bookmarks results,” he says.

Agency director and project manager, Justin Engel, says the team is over the moon.

“The team that we have and the combination of clients we work with is part of our success,” he says.

Elaborating he says the agency is at a new stage of product design that is still up and coming in this country. “Tonight has made us realise that we have found a niche within product interface and design.”

He adds that as an agency you always must innovate. “Working alongside clients to come up with ways to get the customer onto your platforms, to engage with you and then stay there and then repeat it, by coming back, requires constant innovation to bridge the gap between business and customer and that is where we operate.”

Danette Breitenbach is a marketing & media editor at Bizcommunity.com. Previously she freelanced in the marketing and media sector, including for Bizcommunity. She was editor and publisher of AdVantage, the publication that served the marketing, media and advertising industry in southern Africa. She has worked extensively in print media, mainly B2B. She has a Masters in Financial Journalism from Wits.
Read more: Volkswagen, King James, Ogilvy, digital campaigns, Pete Case, digital awards, Matt Ross, Danette Breitenbach, IAB Bookmarks, VW, Eskort, 8909 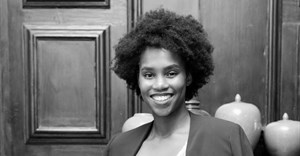 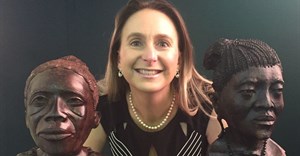 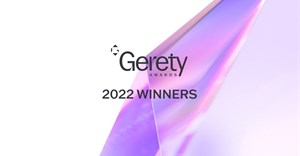 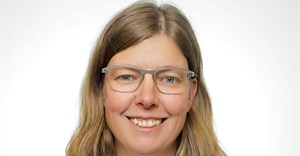 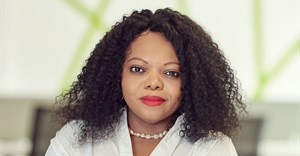