31 May 2013 | Email | Print |  PDF
A new radio and TV campaign for the National Adoption Coalition has set out to create awareness around the problem of adoption in South Africa with an emotionally compelling campaign, aimed at finding loving families for those orphaned and abandoned. (video)
There are currently over 2-million orphaned, abandoned and vulnerable children in South Africa with the number expected to increase to over 5.5-million by 2015.

In a report published last year, only 2000 children are adopted annually, with an increase of 29% of orphans over a four-year period and a decrease in adoptions by 52%, making this a problem and challenge in South Africa. Added to this, The Human Sciences Research Council reports that there are over 8 million children living on child grants, which adds to ongoing economic pressure.

David Taylor, creative director at The Old Shanghai Firecracker Factory says that the agency was tasked with creating a TVC and radio campaign that would resonate with a target market that does not consider adoption as an option and aim to increase the adoption rate in South Africa.

"With between R5-10 million free media exposure, negotiated by Mediology, we jumped at the opportunity to create a meaningful and convincing message, something that would be worthy enough to capture the hearts of all South Africans.

"By taking something that many of us take for granted - having parents - we translated this into a simple idea of a child's arcade experience and, by teaming up with Frieze Films director, Marc Rowlston, our vision was illustrated through brilliant directing, angles, casting and lighting.

"The output sees a tale come to life, a story that draws a person into the mind of an orphaned child, what they hope for and how they see the world."

He adds that the story of a little boy inserting a 'no cash value' coin into a claw game in an arcade setting, seeing a silhouette of his mother, as he grabs his prize. But as the claw drops the doll, his 'mother' disappears, bringing the message home and giving the viewer or listener something much more to think about.

"The message that every child deserves a second chance at a family brings about the reaffirmation to consider adoption as an option. As we launch this campaign, we hope that more South Africans will grasp the reality of what it means to be a child who has lost his family, from a child's perspective."

For the radio advert, Taylor explains, they took an innocent nursery rhyme used to soothe children and changed the rhyme as a plea from an orphaned child. "The message is that you have the power to give a child a second chance by considering adoption."

The rhyme reads, 'Twinkle, twinkle little star, how I wonder where you are? Do you dream of me at night? Will you teach me to fly a kite? I need your guidance and advice, hugs and kisses would also be nice. I know you'll care for me each day, please come get me right away.'

Pam Wilson, head of adoptions at Johannesburg Child Welfare and board member of the National Adoption Coalition comments, "As we approach Child Protection Week, we use this as a platform to launch our Add-Option campaign, which will assist in raising awareness by showing what it will mean in one child's life to find a loving home.

"There is a lack of knowledge about adoption and many harbour misconceptions about the process, however through an ongoing and focused campaign of activities in addition to our new TV and radio exposure we aim to increase the adoption rate in South Africa. More importantly, we aim to create an understanding amongst culturally different people that adoption is an option."

She points out that we are all connected, and so, children are the responsibility of our total society to assist in alleviating this very real problem.

"As the Add-Option campaign launches, we hope that the message resonates with all South Africans be it couples facing infertility problems, single people who wish to become a parent or families who would like to open their hearts and home to a child. Those that can offer the much needed security to orphaned and abandoned children in the form of an adoptive family will hopefully be able to give many more children a second chance," Wilson concludes.

For more, go to www.adoption.org.za. 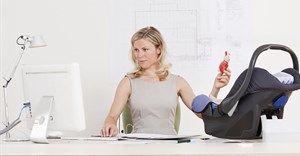 When do the parental, adoption and commissioning parental leave kick in?11 Jul 2019